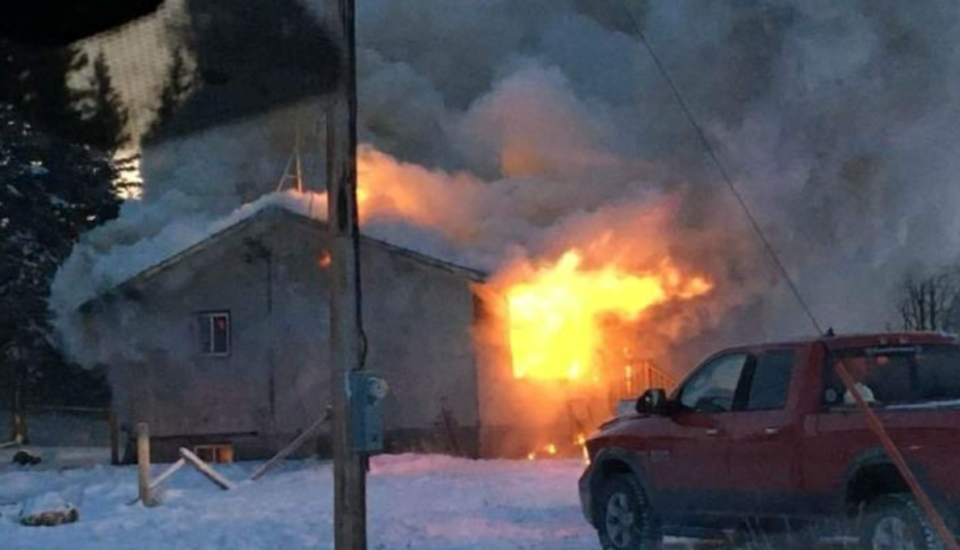 STONEY NAKODA – A fundraiser has been launched to help a single father of two girls recover from a fire that consumed the family's home.

Christopher Simeon and his two teenage daughters were left homeless after a blaze destroyed their house Monday (Feb. 8) afternoon.

The home belonged to his late mother, he said, and he has been restoring the building. The home had been sitting empty for about a year before Simeon got to work.

He was at his aunt’s when he received the call the house was on fire.

“By the time I got there it was already gone,” Simeon said.

It was heartbreaking standing in temperatures plummeting below -35 C watching the blaze consume his home.

The fire is believed to have begun in the living room, he said, and completely consumed Simeon and his daughter’s belongings.

The single father is currently on income support, and is concerned about what the family’s future will look like with their home now gone.

The Canadian Red Cross provided hotel rooms to the family for three nights. Simeon checked in to the hotel on Wednesday and is unsure where they will go from there.

“I don’t know what I’m going to do tomorrow after we check out,” Simeon said. “It’s sad.”

He added, finding a place to stay while he recovers from the fire is also complicated because Stoney Nakoda is in a state of local emergency and many friends and relatives he could stay with are currently in isolation.

“We have a lockdown – we can’t go to family houses,” Simeon said. “I’m at the point I’m looking at going on the streets with my girls.”

A GoFundMe has been launched for the Simeon family to help in their recovery from the fire.