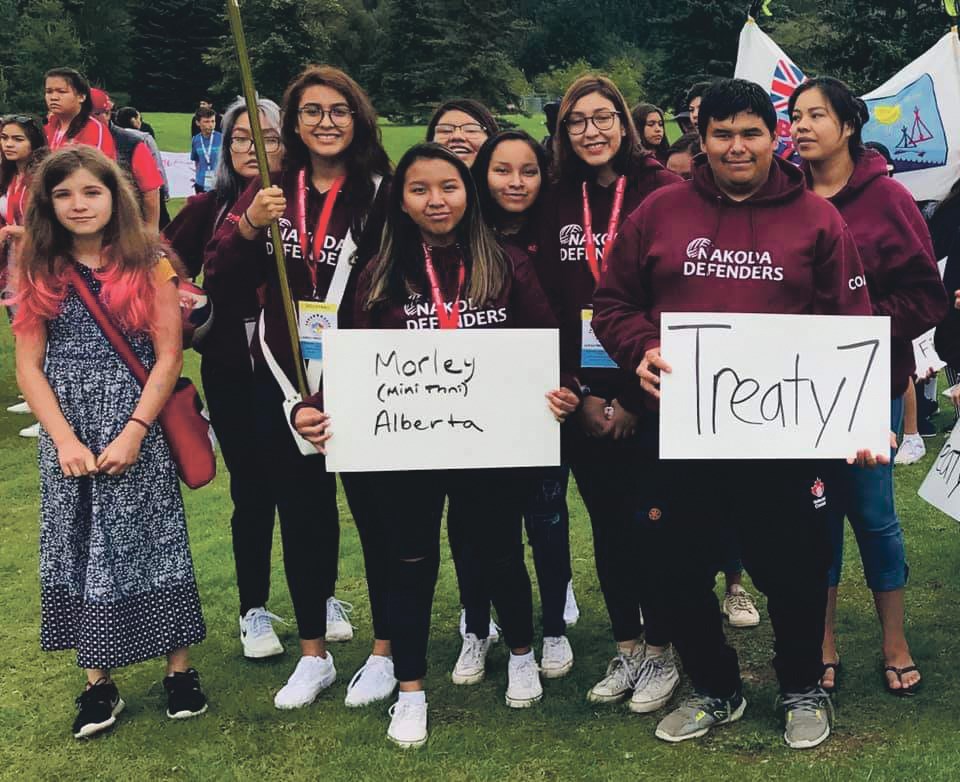 STONEY NAKODA – U-18 Morley girls volleyball team returned from its first Alberta Indigenous Games (AIG) and for the girls on the team, like Shawntayia Twoyoungmen, this was the first time competing at this level.

“For the first time, I was like nervous. But now it’s like home and you know what to do with the experiences and the help that you’ve gotten along the way,” said Twoyoungmen who plays setter.

She's been playing volleyball for almost six years now, picking up the sport with her brothers and then joining the school team. Now returning from AIG, Twoyoungmen said that she wouldn’t be there if it weren’t for the support she received from friends, family and community members.

After receiving a tremendous amount of support from the community last month with sponsorships and local support, the team, comprising of players from every Stoney Nakoda band, was able to attend AIG where they played against teams from across the province.

Along with the U-18 Morley girls volleyball team, there were 12 other teams competing at the games, including Thunder from the Onion Lake First Nations and We Showed Up, a team from Maskwacis.

“All the teams they played were good teams and all our games we played, they were all tough battles for sure," Wesley said. "With all the teams we’ve pretty much came up close to beating them, but our girls did not push enough to win the game or at least the set."

Throughout the tournament, the team pushed through the games, ultimately placing seventh in the end. Although the team did not make the finals, what was most important for the team and for Wesley was to learn from the experience at AIG and to have fun overall.

“They learnt how to move forward and forget about the past of the games that they did not win and they also learned about communicating with each other and supporting each other more,” Wesley said.

For Twoyoungmen, she believes that the AIG  gave her an opportunity to show her passion for volleyball and she encourages other girls to pursue their love of sport.

“It’s their time to shine and to show what their passionate about,” Twoyoungmen said.