STONEY NAKODA – A program designed to help parents and caregivers raise their young children could soon be available to residents from the Stoney Nakoda First Nation.
Sep 20, 2018 12:00 AM By: Paul Clarke 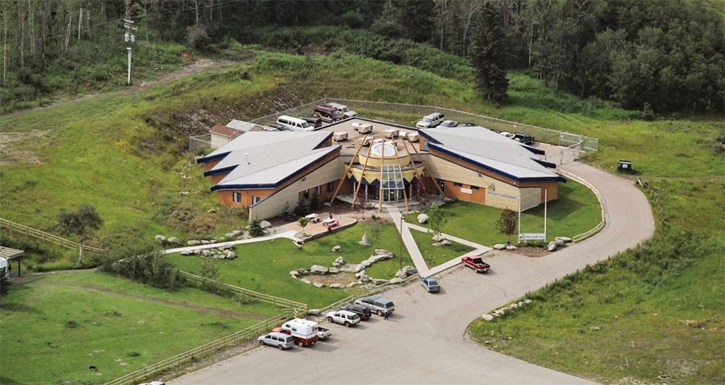 A bird’s eye view of the Stoney Health Centre in Morley.

STONEY NAKODA – A program designed to help parents and caregivers raise their young children could soon be available to residents from the Stoney Nakoda First Nation.

The Stoney Health Authority intends to submit a proposal in the coming weeks to establish a traditionally-based Parent Link centre.

The program, which is available in Banff, Canmore and Exshaw, helps parents and caregivers with children up to six years of age in five core areas, including early childhood development and care, family support, parent education and developmental screening, as well as information and referrals.

“We are in the process of submitting a proposal for funding by early October and once the proposal is submitted then the province will review our proposal and will make a decision on funding for this program,” wrote Aaron Khan, executive director and CEO for Stoney Health Services.

If successful, the new centre will be the second Parent Link program to be located on a First Nation reserve. It will also be supported by Bow Valley Parent Link to help it get off the ground.

Currently, there are over 55 Parent Link centres across the province. The first on-reserve centre was established on the Siksika First Nation, southeast of Calgary.

She emphasized it’s also a great way for new parents to learn about other programs and services that are available and is a great opportunity for parents to connect with other parents.

“We’re there to offer support parents need when they need it and to connect parents with each other,” said Thuringer, adding between 13,000 to 14,000 adults and children visit one of the three centres in the Bow Valley each year.

According to Lisa Brown, manager of community social development, the province has earmarked $2 million to help fund community programs on First Nations reserves.

“Typically, anything on a reserve is funded by the federal government, it’s not funded by the province. A lot of people talk about that as an almost built in discrepancy between the level of service that people get on the reserve and people get off the reserve,” said Brown.

“By the province taking the step of putting some money aside to actually fund community programs, it means these programs can actually start to come to fruition.”

For more information about Parent Link in the Bow Valley visit www.canmore.ca.