"I do not have the time to be out there for the kids and that has been a very difficult decision but I do wish to see the program to continue."
Sep 27, 2019 2:00 PM By: Jenna Dulewich 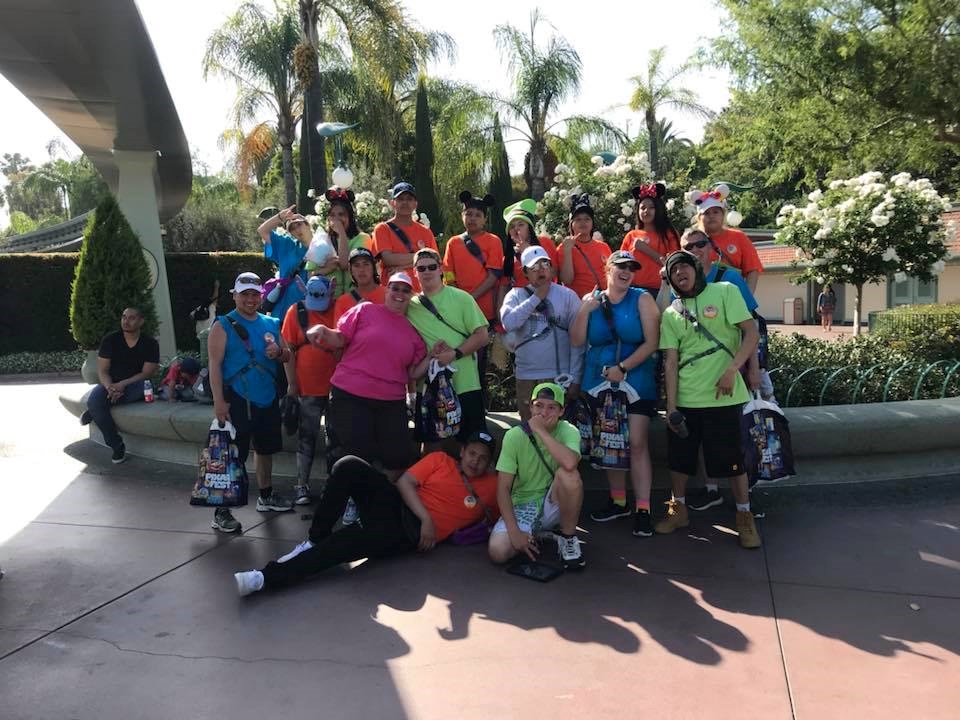 The Stoney Nakoda Cadets Corps during their trip to Disneyland last May. SUBMITTED

STONEY NAKODA – Captain Raquel "Rockie" Schmaus tears up when talking about stepping down from the captain role for the Stoney Nakoda Community Cadet Corps.

"I think because there is no word for goodbye in the Nakoda language, my farewell to them would be keep looking forward, don't doubt yourself, thank you for the lessons you taught me and never give up," she said through tears over the phone.

Working with the Stoney Nakoda Community Cadet Corps chapter since 2015, Schmaus confirmed she and the other captain stepped down earlier this month due to other commitments.

Taking a new teacher job this year, the captain – and former cadet herself – explained how working with the Stoney Nakoda youth for the last four years has been life changing.

"I love these kids and it was a very hard decision for me not to return this year because these kids become a part of you, as if they are your own children," Schmaus said.

The cadets program was reintroduced on the Nation in the early 2010s with strong support from the Community Tripartite Policing Agreement members, Nation elders, community members and the three bands – Bearspaw, Chiniki and Wesley.

Offering youth a chance to work on life skills, such as communication, respect and self-discipline, all while promoting physical activity and giving back to the community, the Stoney Nakoda cadets chapter has been involved in numerous events over the past several years including the Indigenous Day celebrations in the Bow Valley, Black Diamond Days, Remembrance Day events, volunteering for the No Greater Love festival two years in a row and also helping with Operation Christmas Child – to name a few.

"I do not have the time to be out there for the kids and that has been a very difficult decision, but I do wish to see the program to continue," Schmaus said.

After the announcement of the captains stepping down, Const. Jennifer Brewer, who works as a CTA member in Stoney Nakoda, said the constables are looking to line up other volunteers, as they are determined to see the program continue.

"We are not going to let the program stop. We will do our best to keep it running and work as a partnership, so when one person is not around then the rest of us can still function," Brewer said.

Looking for volunteers from the community, organizers explained it can be a big commitment as the group hosts weekly meetings, attends community events and works with a non-profit budget.

"We are looking for someone who can make the most of what we have ... we are also looking to see what is available for people donating their time to teach kids skills, be there and interact with the kids – we are looking at what things we can offer with what we have going forward," Brewer said.

On the three-band Nation that is home to approximately 4,000 to 5,000 band members over 58 square kilometres from Cochrane town boundaries to the MD of Bighorn boundaries, organizers said they are focused implementing the Canadian Cadet vision and mission values, while also incorporating traditional Stoney teachings and culture, such as smudging and drumming.

"We don't just march, although that is a big part because it teaches discipline ... the program also gives us a platform for them to have community belonging," Brewer said.

"When kids feel connected to their community, it keeps them engaged and having the program gives them a place to go and have that sense of community. It really helps build their characters."

While the Stoney Nakoda chapter has yet to officially announce the new captains, Schmaus offered some words as to why people should consider volunteering their time.

"One of my highlights was just seeing the kids with their self confidence build and say 'I am going to do it,' " the former captain said,

"I am able to see where they look outside of themselves and say, 'I am able to do it' ... the biggest highlight was seeing when they accomplished their task because then they got hope and the invincibility within them is great."