STONEY NAKODA – On the reservation where drug use and addiction is still running rampant, band members are calling on the three-band leadership to come together to find solutions.
Apr 25, 2019 12:00 AM By: Jenna Dulewich 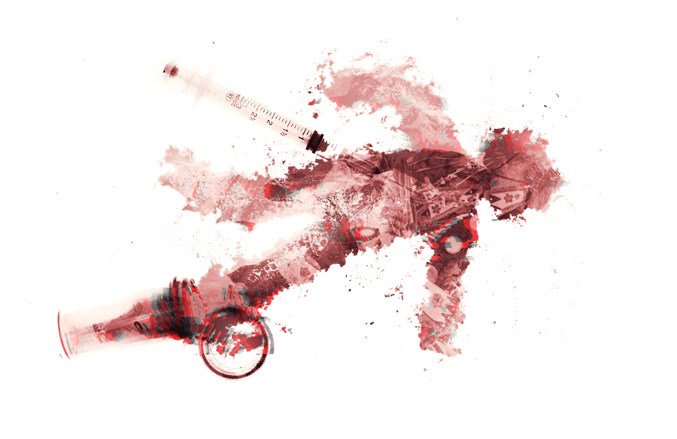 Residents want the three bands on the Stoney Nakoda Reserve to come together to battle the erosion of their community by the use of meth.

STONEY NAKODA – On the reservation where drug use and addiction is still running rampant, band members are calling on the three-band leadership to come together to find solutions.

“As a community member I am very concerned as to the substance use, particularly meth, that has gone unaddressed within our community. It has impacted many families, but yet not many talk about it,” said Amanda Goodstoney, a Stoney Nakoda resident.

“I have a personal experience where I’ve seen wonderful, very capable, loving parents lose themselves to this addiction resulting in the loss of their home, their marriage, their children and a complete loss of love and respect for themselves.

“They are in a situation where they are alone and they don’t even realize it.”

In Stoney Nakoda, a nation compromised of three bands, Bearspaw, Chiniki and Wesley, with approximately 4,000 to 5,000 residents, many felt the drug problem had reached a crisis in 2016.

That’s when the Nation declared a State of Emergency that was called off within a week by CFO and acting Tribal Administrator Ken Christensen, who said the media was “sensationalizing” the issue.

Six months later, Cochrane RCMP confirmed there was a “shift in the drug culture” with reports of overdoses almost weekly.

“They declared a State of Emergency then nothing happened,” elder Tina Fox said.

“We had a lot of drug-related death – we had a funeral practically every week.”

After the State of Emergency was called off, organizers on the Nation hosted a series of community meetings and gatherings prompting inaugural awareness walks, summer jams and balloon release ceremonies – to unite the community and shed a light on the methamphetamine problem.

“A lot of work needs to be done,” Fox said. “There are effects of the trauma our people have encountered, the residential school traumas and stuff like that, where we lost who we were and got lost in a world we really didn’t understand, so I think we need to do our own healing ... there has to be a community wide healing process and then we can move forward from there.”

The residential schools, introduced by the Canadian government in the 18th century, designed to assimilate Indigenous children into Euro-Canadian culture, are well documented as places where physical and mental abuse occurred, a huge contributor to the intergenerational trauma Fox speaks of.

“There are lots of people in our community who want things to change, and maybe we have our ideas, but we don’t know how to put them into action – I certainly don’t,” Fox said solemnly.

As someone who has watched people lose their loved ones and is currently watching a family member battle methamphetamine addiction, Goodstoney said it is time to take action now.

“This drug does personally impact a lot of people and their mental wellbeing. It becomes a safety issue to the family that are dealing with certain individuals that are addicted to this and the risks are higher for the safety for little children in the home because they lose all sense of control,” Goodstoney said.

“When you are talking to someone on meth, it’s scary because they are in another world. They can’t tell the difference between reality and what they see, there is a lot of hallucinations and paranoia and outbursts of anger for no apparent reason ... so watching people who we love go through this is the hardest thing because I personally don’t know how to help.”

Goodstoney said she also rejects the notion of those who need the help can only ask for help themselves, considering those addicted don’t have the “understanding or capability to ask for help.”

“Do we stand back and watch them continue to spiral downhill and get deeper into this addiction where it’s going to lead to death or jail? Most likely death. Or do we intervene in some way – how and who can help us with that,” Goodstoney asked.

Since the influx of overdoses in the community, several support groups were initiated including the Turning Point Community Wellness Program offering counselling, therapy and an addictions program, in addition to a Sober Living Support Group and the Chândê Giith-ni Giabi (Grief and Loss) support group – both offered through Stoney Health Services, but Nation members want to see more traditional ways of healing and a local rehabilitation centre.

“I think we need to set up a program on our reserve that incorporates our cultural ways of healing. We have sweat lodges and medicine people on the reserve that can work with these people and just something more culturally appropriate for treatment,” Fox said.

“Treatment centres we’ve had before were more based on the Western model of treatment programs, but we need to come up with a more traditional model.

“Sending people out for treatment works for some, but not most of the time because they come back right to the same situation ... we need something local here.”

Goodstoney hopes something can be done before more Nation members die from addiction.

“It’s been a really big issue, heartbreaking. It’s a darkness within the community that no one wants to talk about and no one knows how to address,” Goodstoney said.

“I don’t want to remain silent about it and I don’t want to lose anymore loved ones to it. My hope is the leadership level and our local resources come together to have a meeting as to what can be done to help them cope, to deal with and how to help their loved ones break the cycle of addiction before anything else happens.”