Saudi Arabia says hajj to be limited to 60,000 in kingdom 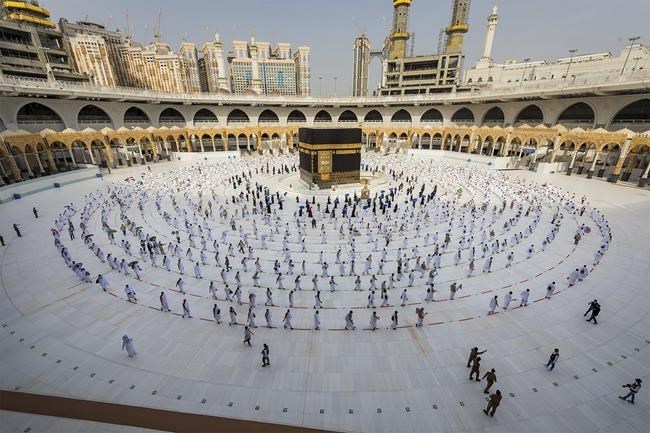 DUBAI, United Arab Emirates (AP) — Saudi Arabia says this year's hajj pilgrimage will be limited to no more than 60,000 people, all of them from within the kingdom, due to the ongoing coronavirus pandemic.

The kingdom made the announcement Saturday on its state-run Saudi Press Agency.

It cited the Ministry of Hajj and Umrah for making the decision.

In last year's hajj, as few as 1,000 people already residing in Saudi Arabia were selected to take part in the hajj. Two-thirds were foreign residents from among the 160 different nationalities that would have normally been represented at the hajj. One-third were Saudi security personnel and medical staff.