Longtime Canmore resident Marlo Raynolds has declared that he will seek the nomination for the Liberal candidacy in the Banff-Airdrie riding.
0
Apr 14, 2014 12:00 AM By: Cochrane Eagle Staff 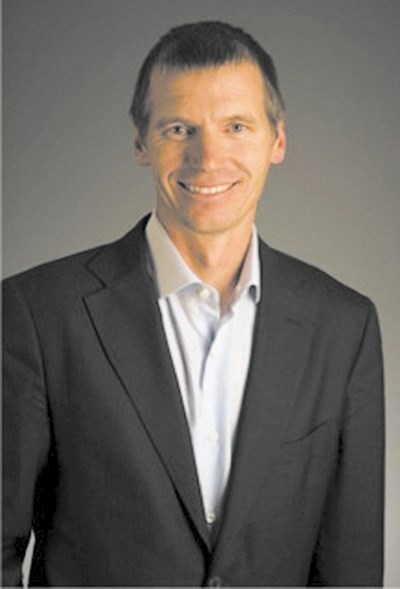 Longtime Canmore resident Marlo Raynolds has declared that he will seek the nomination for the Liberal candidacy in the Banff-Airdrie riding.

Longtime Canmore resident Marlo Raynolds has declared that he will seek the nomination for the Liberal candidacy in the Banff-Airdrie riding.

Raynolds, a 15-year resident of Canmore, brings a wealth of experience in the energy and environment sector and currently works for BluEarth Renewables.

With the establishment of the new Banff-Airdrie district (formerly Wild Rose) all parties will have to re-constitute and Raynolds says the new riding fascinates him.

“It’s really a microcosm of Alberta,” said Raynolds. “You have the mountains and parks, to the urban area of Airdrie, to the agriculture in Crossfield, to the Morley First Nations Reserve.”

Raynolds had become frustrated with how decisions are being made at the federal level and wants to incite a change in the democratic process.

“Through my work I’ve interacted with all the major parties and I found that the Liberals were most aligned with my values and they’re the most willing to seek solutions,” said Raynolds. “I feel that our current government has lost the ability to have a good debate and with the Liberals there is a better opportunity for us to get back to that.”

Raynolds was named the youngest executive director of the Pembina Institute when he was 30, was named to Canada’s Top 40 Under 40 in 2008 and in 2013 was awarded the Queen Elizabeth II Diamond Jubilee Medal.

Currently, Raynolds stands as the lone nominee for the Liberal candidacy in Banff-Airdrie, as the most recent candidate Judge John Reilly has declared that he will not be running this year. Raynolds could be named the official Liberal candidate as early as May 2014, leaving more than 15 months of preparation for the tentative October 19, 2015 federal election.

He has identified his three biggest priorities as working on middle class issues so that everyone can prosper in an inclusive economy, for Canada to be a positive example of how democracy can bring the best ideas together to solve challenges, and environmental protection.

If Raynolds is nominated as the Liberal candidate, he’s cognizant that it will not be an easy race against the riding’s incumbent representative, Conservative Party member Blake Richards, who assumed office in 2008 and has held the MP role for the riding ever since.