“We want these to be affordable,” said Sharon Oakley, the Town’s housing sustainability manager on plans for a new for ownership housing development on Banff Avenue. “We heard strongly from surveys that the average amount people could afford would be between $300,000 and $500,000.”
Nov 14, 2019 8:51 AM By: Cathy Ellis 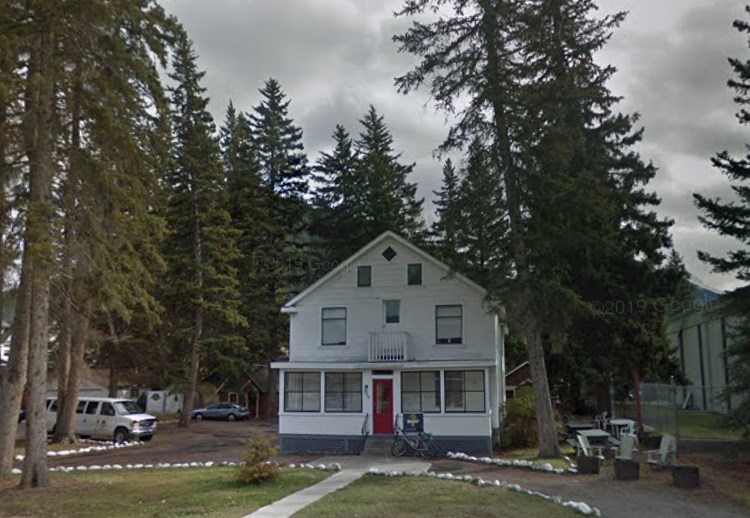 The Town if Banff is moving forward with a price-restricted housing project at 338-340 Banff Ave. GOOGLE STREET VIEW IMAGE

BANFF – The Town of Banff’s plans for a new price-restricted homeownership development on the 300 block of Banff Avenue are moving along.

At a meeting Tuesday (Nov. 12), council was briefed on plans to develop the lots at 338-340 Banff Ave., owned by the Banff Housing Corporation (BHC), into a multi-family, high-density apartment housing units that will be for sale to qualified buyers.

Having yet to go through the design process, officials say the best guess is creation of 20 to 25 one-, two- and three-bedroom units to focus on identified housing needs of individuals, couples and families.

“We want these to be affordable,” said Sharon Oakley, the Town’s housing sustainability manager.

BHC bought the land on Banff Avenue, currently known as the Hockey House, for $1.3 million in 2013.

Under the proposed apartment development, units will be sold through a price-restricted model, with buyer eligibility based on BHC’s established criteria for homeownership.

“The units will remain affordable and in the BHC ownership portfolio in perpetuity,” said Oakley.

Size of the units will come down to costs to build, affordability factors, building layout and livability, but the sizes are recommended to allow the development to maximize density while maintaining below market rental rates.

“What we have designed very loosely is the one-bedroom it’s a little bit bigger than what we have at Ti’nu,” said Oakley. “These are for sale, so that’s a consideration for us as we go forward.”

Oakley said efforts were made to see whether surrounding neighbours were interested in the possibility of land partnerships for this project.

“At this time, all offers to investigate options for purchase have been declined,” she said.

The Town is currently getting ready to seek interest from architects and builders. Council will be asked to approve all costs for the development following the design process in April 2020.

It is hoped construction will get underway October next year following environmental and planning approvals.

The heritage value of buildings on site will be addressed in a heritage statement of significance to go to designers and builders.

Councillor Peter Poole, who sits as a council representative on the Banff Heritage Corporation, wanted to know how heritage tensions could be resolved, noting he wants residents to know that council is paying attention to competing issues.

“Development always involves competing tensions and community objectives … and when we are both dealer in and the card player it’s tricky,” he said.

“I would say, in general, we have to be more transparent than we might normally be for the simple reason it’s very hard to be both a regulator setting the rules and the developer responding to the rules that you’re setting.”

Based on studies, the projected shortfall of units in Banff, if growth continues on the same trajectory to 2027, is 663 units. However, Banff’s community housing strategy speaks to a future vacancy rate of three per cent.