BANFF – The McKenzie Residence at 202 Beaver St. in Banff may not be the oldest home on the block, but soon it will be the newest municipal historic resource.
Jun 27, 2019 12:00 AM By: Tanya Foubert 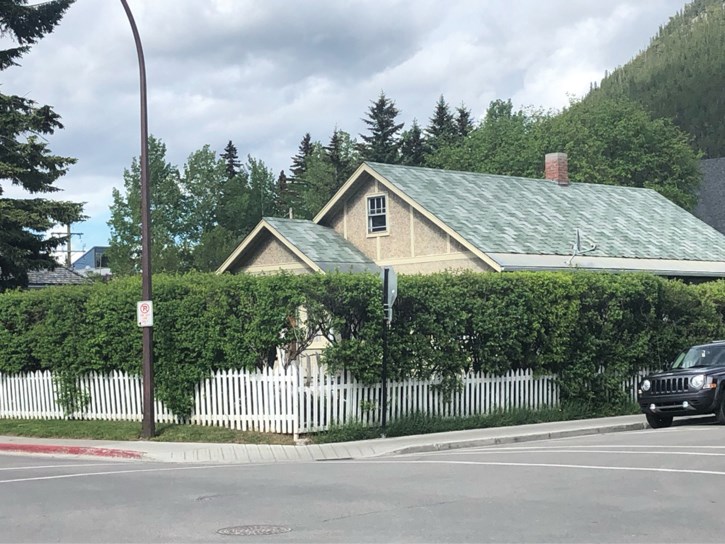 The McKenzie Residence located at 202 Beaver St. in Banff.

BANFF – The McKenzie Residence at 202 Beaver St. in Banff may not be the oldest home on the block, but soon it will be the newest municipal historic resource.

At its June 10 meeting, Banff council voted unanimously to issue its intention to designate the residence a municipal historic resource and directed administration to return with a bylaw that includes a statement of significance and compensation agreement.

The McKenzie residence, constructed in 1940s, belongs to the Eleanor Luxton Historical Foundation, which applied on May 6 to be considered for historic designation.

Bill Luxton, speaking on behalf of the foundation to council, said the McKenzie residence is just one of several historic properties on the street the foundation has preserved and designated as historic resources.

“It does have a unique character and we want to move forward to have it designated like our other properties,” Luxton said. “It is part of a larger vision for us to enhance that property and to maintain the built heritage along Beaver Street for those properties in such a way that we have fiscal sustainability.”

He told council the long-term plans for the foundation is to use the McKenzie residence for a museum.

Development planner Jennifer Laforest told council the one-and-a-half storey single-family residence located at the corner of Beaver and Caribou streets is currently identified on its heritage inventory even though it is not the as historic as some of the other homes on the list.

She said it is architecturally significant, as it represents the early post-second world war residential development in Banff, after Flora and George MacKenzie built a home on the site in 1945.

“This is a little bit different than the properties we have on our inventory as it is from the later post-war period, but we feel it has a lot of historical and architectural value to the community,” Laforest said.

Beaver Street has several other historical properties located along it, including Beaver Lodge, Tanglewood and the Eleanor Luxton Home. They are all protected as municipal historic resources and also belong to the foundation, which was established in 1995 with the objective of preserving historic resources in the community.

“The Eleanor Luxton Historical Foundation is one of our earliest subscribers to our municipal heritage program,” Laforest said. “If this designation is successful, its properties will represent 30 per cent of designated properties in town.”

She said to prepare for the designation application, the foundation conducted extensive work to assess the structure’s character, defining elements, and how it will be rehabilitated to meet federal conservation standards.

The designation comes with up to $50,000 in a matching grant for the rehabilitation work, once the bylaw is approved.

“That would be paid over a two-to-three-year period and provided based on a number of conditions,” Laforest said.

A garage at the back of the property after it was originally constructed may have to be removed to bring the structure back to its original state. There are also plans to replace the roof, windows, and improve the entrance and porch as well as landscape the garage.

The full funding is contingent upon the property being open to the public after it is restored, and Laforest said the foundation’s vision of making preserved heritage in the community available to the public meets that criteria.

Details around the matching grant are to accompany he designation bylaw at a future council meeting.

“It is always a good idea for us to get a clear idea of where the money is intended to go,” Laforest said.

Coun. Peter Poole, who used to be on the board of the foundation, called the project “tremendous” and welcomed the additional historic designation.

“This building is just one on a larger street scape with a lot of heritage buildings and assets,” Poole said. “In my mind it is a combination where the sum is greater than its parts.

“I applaud the foundation.”