BANFF – Politicians are looking to go into short-term debt to fund the $6.4 million construction of a permanent woonerf on Bear Street in a bid to dig out of capital budget deficits over the next three years.
Jan 10, 2019 12:00 AM By: Cathy Ellis 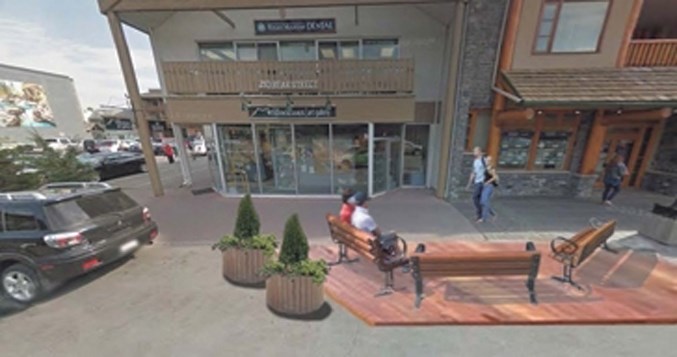 An artist’s rendering of woonerf style installations on Bear Street. Banff is considering $6.4 million in its 2020 capital budget for a total makeover of the street.

BANFF – Politicians are looking to go into short-term debt to fund the $6.4 million construction of a permanent woonerf on Bear Street in a bid to dig out of capital budget deficits over the next three years.

Council decided to debt finance the much-anticipated street makeover over a three-year period, noting it would cheaper to borrow than push the project into future years given inflationary costs in the construction industry.

“I’m very fond of this project,” said Mayor Karen Sorensen, noting she wants it to go ahead in 2020 as planned. “This is absolutely one of those situations where borrowing is cheaper than waiting two years.”

Town administrators say borrowing for the woonerf won’t cause problems for the municipality’s debt and debt service limits.

“We know there are other projects like the Cave Avenue housing project that’s in no-year-identified, that would, if it were to go forward, require debt financing should it follow the Ti'nu model,” said Chris Hughes, Banff’s finance manager. “We wanted to give you assurance that there would still be plenty of total debt limit and debt service limit available should you go ahead with this project.”

Councillor Ted Christensen wasn’t convinced borrowing was the way to go, noting he doesn’t believe the construction industry will see the five per cent annual inflationary increase suggested by administration.

“With provincial news on the oil industry and budget and a potential change in government, I see there’s opportunity for a potential reduction in construction costs,” he said.

With detailed design for the project moving ahead this year, Councillor Corrie DiManno supported borrowing for the shared street known as a woonerf, noting Bear Street is long overdue for enhancement.

“I think our current debt is low and diminishing, and my fear is if we move it down the line we may lose it and that would be a shame,” she said.

As a result of this decision, plus pushing back some other capital projects, Banff has a forecasted deficit of $3 million in the capital reserves at the end of 2019 before those numbers return to positive balances in the following years. Budget talks resume Jan. 16 and 17.

The reserve is forecasted to grow to $51 million by the end of the 10-year plan, which is $3.5 million higher than the municipality’s targeted balance for its savings account to fund infrastructure projects.

Council has given preliminary approval to some big-ticket items, such as a $500,000 contribution toward a second pedestrian bridge across the Bow River and $1.5 million for realignment and beautification of the intersection of Wolf and Caribou streets.

Councillor Peter Poole indicated he’d be looking at deferring about another $1 million worth of capital projects from the budget when discussions resume next week.

“I’m really pleased administration has done such a good job to present us with worthy projects and I wish we had adequate budget to pay for them all,” he said.

“I find I get quite attracted to individual ones, and then when I think of them altogether, I see we need to sharpen our pencils and reallocate them one year to another.”

During budget talks before Christmas, council chopped $16 million from the capital budget to hit its target balance in 2028, including the Bow Falls viewpoint and two roadway projects. It also reduced $1.5 million in spending from the rec grounds redevelopment.

Coun. Poole wanted to take it further, but was unsuccessful in his attempt to remove the equestrian trail proposed as part of the recreation grounds redevelopment from the budget.

“We’re not in the businesses of providing individual businesses subsidies, so I cannot support this being in the budget,” he said. “It’s much like we’ve discussed with the sewer line outside of the town on Sulphur Mountain where we seem to have cost-share.”