BANFF – Local politicians are looking at a potential ban on public tobacco smoking in the tourist town. On Monday (Sept.
Sep 27, 2018 12:00 AM By: Cathy Ellis 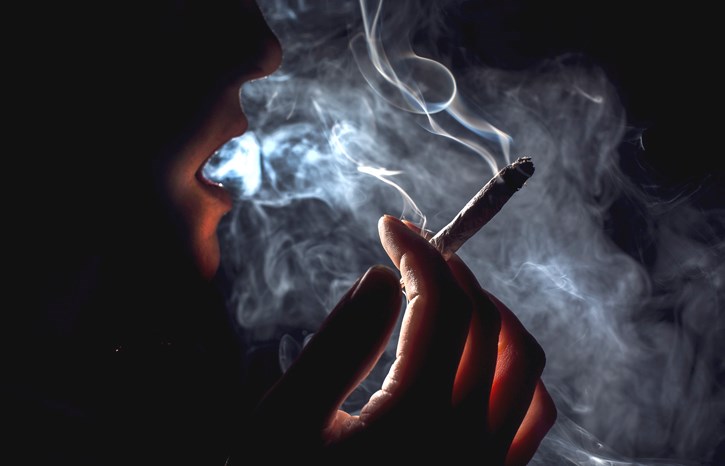 BANFF – Local politicians are looking at a potential ban on public tobacco smoking in the tourist town.

On Monday (Sept. 24), council directed administration to draft a bylaw with options for making public tobacco use more restrictive than current provincial smoking regulations – and to get public feedback on if this is the direction the town should take.

Examples of where cigarette smoking could be restricted are parks and green spaces, trails and paths, sports fields, outdoor recreational facilities, grounds of town buildings and sidewalks and roads.

Mayor Karen Sorensen said drafting a bylaw is simply a way to start the conversation with the community and groups like Banff Lake Louise Tourism and Banff-Lake Louise Hospitality Association.

“I don’t necessarily think that every one of those areas should be included, but I’m leaving it to administration to present it and we’ll debate it,” she said.

“I’m certainly interested in exploring what the public feedback is on this topic.”

A potential smoke-free bylaw has come up in the community and at the council table given conversations surrounding legalization of recreational cannabis in Canada on Oct. 17 and Banff’s decision to ban public smoking and vaping of pot.

The Town of Banff was one of the first municipalities in Alberta to create a tobacco smoking bylaw, but it was rescinded when the province’s smoking legislation took effect in 2006.

The provincial act includes a ban on smoking within five metres of a public building or workplace, but there are jurisdictions in Alberta that went further with smoking restrictions beyond the provincial act, including Camrose, Lloydminster and the Regional Municipality of Wood Buffalo.

Hampstead, Que., appears to have the most restrictive no-smoking policy in the country due to its prohibition of tobacco use on all municipal properties, including all streets and sidewalks.

“Administration could find no other example of a policy that included a tobacco smoking restriction on streets or sidewalks,” said Alison Gerrits, the Town’s director of community services.

Currently, Banff bylaw officers do not have the proper authorization to enforce the provincial smoking legislation, but council has now directed administration to get that authorization in the absence of a municipal smoking bylaw.

Councillor Peter Poole said the proper authorization is needed given provincial smoking regulations are not enforced in Banff, noting the RCMP have bigger issues to deal with.

“Let’s enforce it locally. Let’s not bring in the heavy hitters for something simple like smoking a cigarette,” he said.

Poole also voted for a proposed smoking bylaw to come back to council for consideration, but indicated he also wants to see places set aside where smoking would be allowed.

“I think it’s absolute folly in a visitor place with people coming from all around the world to not think this through in a comprehensive way,” he said.

While not pushing one way or the other, Banff’s bylaw department and RCMP have indicated enforcement would be easier if laws surrounding public tobacco and cannabis use in Banff were consistent.

“If I’m walking in the park and I see somebody smoking something, if the law is more consistent, I don’t have to prove it is cannabis. I just have to prove the person was smoking or vaping something,” said Tony Clark, the Town’s bylaw services supervisor.

“In that regard, it makes it more simple, but probably a lot more work because of the predominance of smoking tobacco.”

Councillors Chip Olver, Brian Standish and Corrie DiManno wanted to get public feedback on the issue before a decision was made to draft a smoke-free bylaw.

“We’ve heard there haven’t been many public complaints since 2004,” said DiManno.

“We also have international visitors where smoking may be thought of quite differently than how we think about it in a national park in Canada.”