“We could be as high as 91 per cent first dose for people 12 and up and nine per cent fully vaccinated,” said Silvio Adamo, the Town of Banff’s director of emergency management.
Jun 9, 2021 5:00 PM By: Cathy Ellis 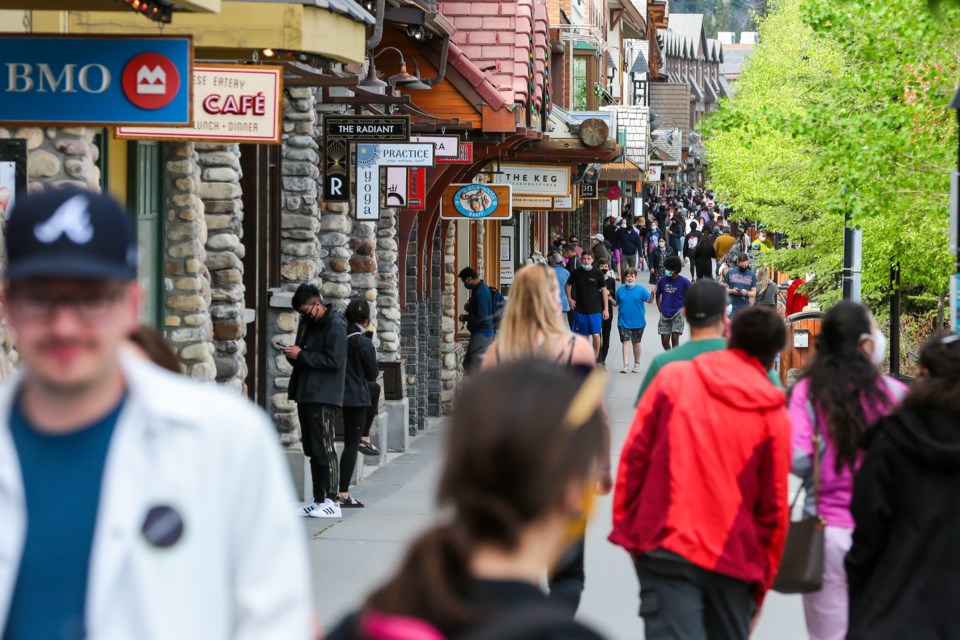 BANFF – The vaccination rate for first doses in Banff and Lake Louise is now estimated to be more than 90 per cent.

According to Alberta Health Services, 7,879 people have been immunized with at least one dose and 823 people are fully vaccinated in Improvement District No. 9, which includes Banff and Lake Louise, as of Tuesday (June 8).

“We could be as high as 91 per cent first dose for people 12 and up and nine per cent fully vaccinated,” said Silvio Adamo, the Town of Banff’s director of emergency management.

To determine the local vaccination rate, the Town of Banff is using a population of 9,500  based on the 2017 municipal census and the 2016 federal census, which included Lake Louise.

“The uptake on first doses in Banff and Lake Louise has been remarkable,” Adamo said.

“If people are willing to get their first dose, there’s a really good chance they’ll get their second dose, so we’re really encouraged by these numbers.”

As of Tuesday, Banff and Lake Louise had four active COVID-19 cases after being down to two cases earlier last week. One of the newer cases was reported last week and another on Monday.

A total of 805 cases have been reported since the pandemic hit Alberta about 15 months ago, which include 801 recoveries and one death. The current active per capita rate is 29.7 per 100,000 people, putting Banff and Lake Louise at 95 out of 112 regions.

Officials say they are pleased with the drop in active COVID-19 cases, which are down from a high during the third wave of the pandemic of 164 on April 25 – making Banff the COVID-19 per capita hotspot of Alberta.

“We’d rather not see new cases occasionally popping up and obviously it’s still in the community to some extent,” Adamo said. “As optimistic as we are, we still need to be cautious.”

Adamo said he is not aware of the new delta variant, also known as B.1.617 first found in India, being detected in Banff and Lake Louise yet.

He said the Town is following up with the Bow Valley Primary Care Network on the most recent positive case reported on Monday.

“As far as we know, we still don’t have the delta variant in our community, but we do know it's prevalent in Calgary, so it’s not far away,” Adamo said.

“With this delta variant, things can change very, very quickly like they are seeing in Calgary right now.”

However, of all the variants of concern identified last week, only five per cent were delta strain.

“This variant is emerging around the world and evidence does indicate it is more transmissible,” said Dr. Deena Hinshaw during her afternoon briefing on Tuesday (June 8).

“We also know that B.C. and other provinces are seeing cases of this variant, even as their overall numbers continue to fall.”

Hinshaw said research is still emerging for this variant with respect to vaccine effectiveness, with current evidence suggesting that first doses are less effective.

“They still appear to provide some protection, and the good news is that two doses are virtually as effective against B.1.617 as any other strain,” she said.

“This underlines the importance of our roll-out of second doses, and we are looking at whether we can accelerate this timeline even further.”

Province-wide, 3.1 million vaccine doses have now been administered, with 67 per cent of eligible Albertans aged 12-plus having received at least one dose and 15.1 per cent fully vaccinated with two doses.

Adamo said more second doses are being administered across the province, noting he believes this is the same pattern occurring in this region as well.

“We ask everyone to please get vaccinated with their first and second doses as soon as they are eligible to do so. There’s plenty of vaccine in our valley,” he said.

“It’s important that we all get our second dose as quickly as possible to keep all of our residents safe.”

Based on the current pace of vaccinations and decreasing hospitalizations, Stage 2 of lifting restrictions is expected to begin on Thursday (June 10), provided hospitalizations remain below 500 and continue to decline.

Some of the bigger changes will mean restaurants can open to indoor dining with tables of up to six people and outdoor gatherings can increase to 20 people with social distancing in place. Indoor gatherings remain banned.

With the lifting of some restrictions, Adamo said the Town of Banff is expecting to see visitation increase significantly.

He said visitors will be reminded of Banff’s outdoor mask bylaw downtown and to follow all the rules in place.

“Our advice to everyone is to make sure that they plan ahead if they are coming to Banff,” Adamo said. “Try to find spaces, if it gets crowded, so that they can protect themselves.”