Bear Street redevelopment on budget and ahead of schedule

“I want to thank the businesses and residents for patience they probably didn’t know they had; they probably had to dig deep, understanding this is also a bit of a double-whammy year having the street closed as well as the pandemic.”
Sep 28, 2020 3:42 PM By: Cathy Ellis 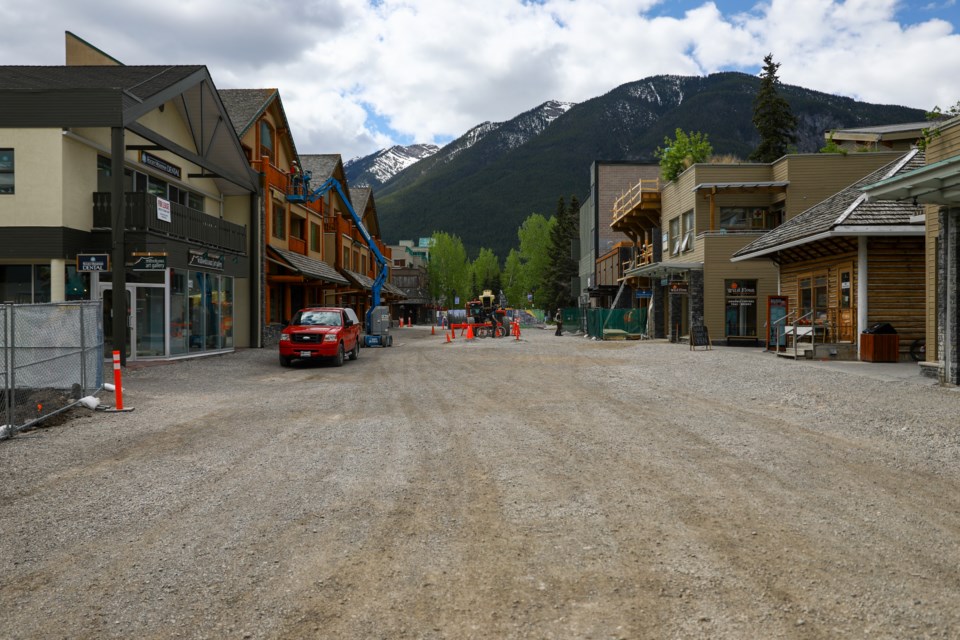 BANFF – Redevelopment of Bear Street into more of a tourist attraction is on budget and potentially ahead of schedule.

While there have been some surprises during construction, Town of Banff officials say the $9.5 million project remains on budget and potentially could be completed by November instead of Bremner Engineering’s contract finish date of spring 2021.

“We will be within the budget that council approved for this project,” said Adrian Field, the Town of Banff’s director of engineering.

“We’re pushing very, very hard to get the project complete for November of this year and we’re reasonably confident that with good weather we’ll make it.”

Redevelopment of the 200 block of Bear Street, which has been on the books since the 1992 downtown enhancement plan, aims to help the street become a growing tourist attraction and boost business.

A shared street has its origins based in the concept of a woonerf, which is a Dutch term loosely meaning "street for living," which envisions a better balance of the needs of pedestrians, cyclists, and low-speed motor vehicles.

Construction began in mid-April. Sidewalks, pavement and curbs were demolished before work could begin on deep underground utilities in mid-June.

Field said this phase involved some surprises and project adjustments because there was a lot of uncertainty about the mapping of all aging utility mains and services to each property – some of which were up to a 100 years old.

In addition, to connect water services to each property, he said excavation was required to expose the mains and the connection points in the foundations of the building, which, for some properties, is located below the entrance to the building tenant – and this is the only entrance to the tenancy for some businesses.

Field said it’s a very complex project, more so than the $22 million redevelopment of Banff Avenue in 2007.

“We did make allowances for things going wrong with the deep surface work,” he said.

“We didn’t know exactly which things and where, but we’re experienced enough to know that deep surface work comes with complexity.”

Communicating about precise dates and times of sidewalk closures and access to businesses in the initial stages of water and sewer replacement proved challenging due to the uncertainty about existing underground infrastructure locations and property connections.

“However, after the initial stages of excavation at properties, and following the installation of soil cells, better precision in forecasting closure dates is expected to occur for the duration of the project,” said Field.

“It’s going to be beautiful, and I think people on Bear Street will be very blessed to have this new roadway and I am sure it will be a draw,” she said.

“It has been a challenging project, to say the least.”

Councillor Corrie DiManno said a big thank you to administration and Town of Banff staff for all the work on the project.

“Obviously, it’s a massive undertaking and I appreciate your ongoing dedication to this project,” she said.

“I want to thank the businesses and residents for patience they probably didn’t know they had; they probably had to dig deep, understanding this is also a bit of a double-whammy year having the street closed, as well as the pandemic.”

Residents to get three hours of free parking under new paid parking proposal
Oct 23, 2020 10:00 AM

Low survival rate for Banff wolves due to hunting and trapping outside park boundaries
Oct 23, 2020 7:00 AM