“We’re still seeing investment; we’re seeing people using the opportunity to do projects that were possibly a little further out."
Nov 21, 2020 12:00 PM By: Cathy Ellis 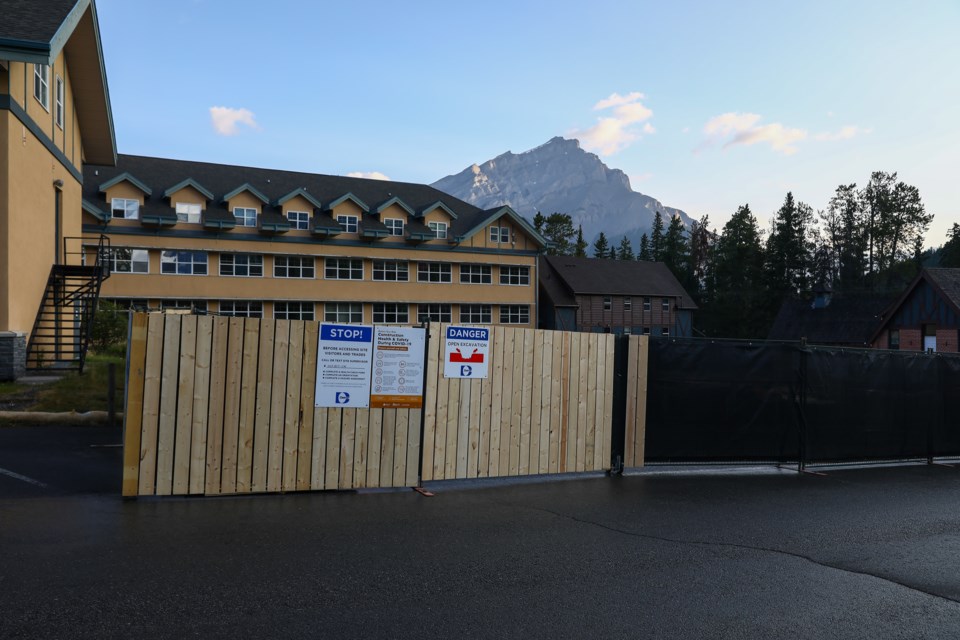 BANFF – Development activity in the tourist town seems to be on par with most years over the past decade despite the financial fallout of the COVID-19 pandemic.

The Town of Banff has issued 56 development permits so far this year to the end of October, with a construction value of about $27 million, and processed 63 building permits year-to-date.

Dave Michaels, manager of development services for the Town of Banff, said that’s about “middle of the pack” for building and development permits when looking at numbers over the past decade.

“It’s always hard to say 'would it have been a bumper year if wasn’t for COVID?' – you don’t know,” he said.

“But the numbers seem to show we’re doing in line with what we would usually do, and we don’t believe we’re seeing a dip from COVID.”

Of the 63 building permits so far this year, Michaels said there is more investment in commercial and institutional properties and perhaps not as much in smaller residential developments than in previous years.

“We’re still seeing investment; we’re seeing people using the opportunity to do projects that were possibly a little further out,” he said, adding a major renovation of Banff Aspen Lodge as a good example of that.

“We’re seeing some projects that we believe have been brought forward to limit disruption, but the nice thing is people are looking to reinvest, so it obviously shows that there’s confidence in the coming years.”

Based on investment in the community being better than expected during the pandemic, building permit revenue is projected to increase $50,000 to $250,000 and development permit revenue to go up $35,000 to $110,000.

Some  of the bigger projects this year include Banff YWCA’s courtyard project, which broke ground in late summer.

The $10.4 million project adds 33 units of self-contained affordable housing to the Y’s inventory, designed for residents who face barriers to finding suitable rental accommodation in Banff.

Criteria for potential residents would include, though not exclusively, new and extended families, women and individuals with accessibility needs, with the common thread of being lower income earners.

“This project is started and well underway,” Michaels said.

Banff Caribou Properties’ major facelift of the Inns of Banff on the 600 block of Banff Avenue is another major project in the Banff townsite this year.

The second phase of this development involves replacement of the demolished Swiss Village with a new 175-room hotel. The new hotel will replaces 54 units of the Swiss and its adjacent cabins.

The new hotel will be one of the last developments under the federally legislated commercial development cap for the Banff townsite.

“We haven’t had that building permit application, but we expect that probably early next year,” Michaels said.