Bear Street businesses voice numerous concerns about the construction project, including timelines, schedules, parking, working hours, financial impacts and communications from the Town of Banff.
Jan 14, 2021 7:00 AM By: Cathy Ellis 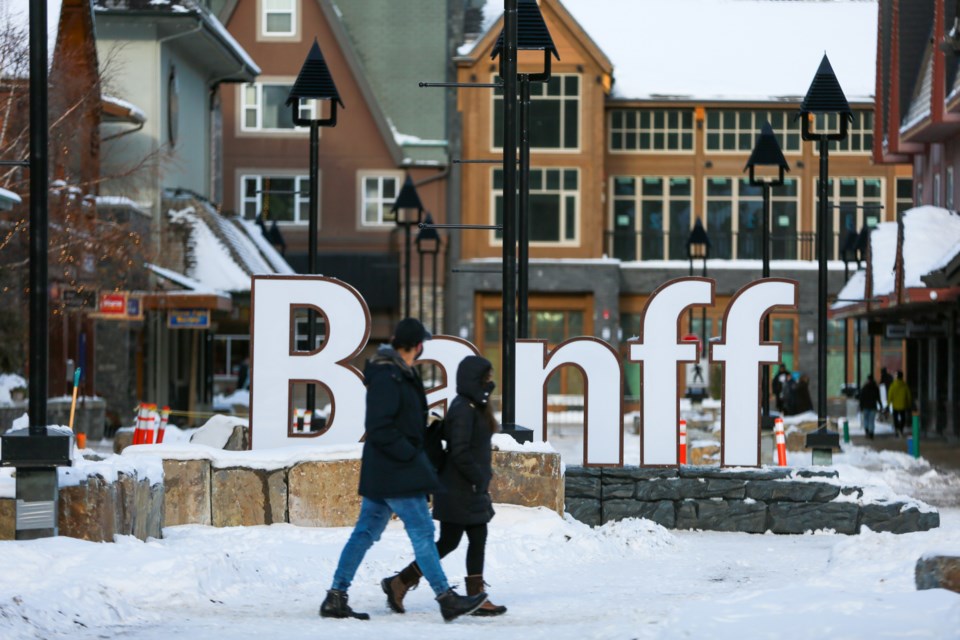 BANFF – The controversial $9.5 million Bear Street construction project, which is behind schedule, will be reviewed in the face of mounting criticism and frustration from businesses.

On Monday (Jan. 11), council asked administration to bring back a report addressing the review of the construction project by April 30, highlighting challenges and successes to date, the design process, communication concerns and a schedule for completion.

Councillor Ted Christensen, who brought the issue to council’s attention, said he hopes the review can deal with the frustration expressed to him by businesses,  particularly around communication.

“[It’s] in an effort to clear the air, so to speak, and set a new vision forward in completing the project,” he said.

“It was thought to be timely because we were at a milestone in the project … so that we can continue with some more positive feedback towards completion next summer.”

The Bear Street redevelopment, controversial from the get-go, has been on the capital books since the 1992 downtown enhancement plan. It aims to help the street become a growing tourist attraction and boost business.

The project replaces aging water and sewer systems underground, adds planters and a self-irrigation system for more than 100 trees, new streetlights and a pedestrian-friendly "cobble-stone" street.

There will be no curbs or centre line throughout the 200 block of Bear Street, and the tile-slab surface aims to create an environment encouraging pedestrians to cross anywhere on the street and vehicles to drive slowly.

Construction wrapped up for the winter in late December, but the roadway won’t be paved as initially planned until next year. In the interim, to help boost businesses and draw more people to the area, council has created a winter pedestrian zone on Bear Street, including a skating rink on the parking lot.

However, businesses are concerned about many aspects of the project, including timelines, schedules, parking, working hours, financial impacts and communications from the Town of Banff.

Maureen Van Mackelbergh, general manager of Brewster’s Mountain Lodge, said she has asked the Town of Banff what accountability lies in the contract with Bremner Engineering and Construction Ltd. (BECL) for the delay.

“I have heard varying answers to this and would like to see a definitive,” she said in a letter presented to council at the Jan. 11 meeting.

“Assuming that council had read the contract that was being confirmed, can anyone advise if there was a penalty clause for not finishing at the time allotted.”

Moving into the next phase of construction in spring 2021, Van Mackelbergh said the hotel is also looking for other answers.

“As we move into this next phase of Bear Street 2021, we would like to have a clear understanding of how we got where we are and how this next phase will roll out,” she said. “With obvious concerns that it will again impact us as we go into our summer season hoping to see a bit of a rebound on business levels.”

Kaitlin Paris, of Standish Home Hardware, welcomes the review, saying there were many issues with the Bear Street redevelopment, including construction delays, poor communication and misinformation.

“COVID-19 has made these past eight months very trying. Adding construction made things more difficult and having issues and delays has made the entire situation unbearable,” she said.

“There has been very little positive for all of the businesses on Bear Street. Certain businesses should be thriving during the pandemic – and this has not been the case.”

Other businesses on Bear Street such as Three Bears Brewery, Wolf Crossing at the corner of Bear and Wolf Street and The Townhouse building wrote letters to council in support of a review.

“We all know there is considerable frustration, if not anger, in the community around this project,” he said.

“While council has been certainly receiving updates as we’ve gone through this project, I do think something more formalized with more opportunities for input and feedback is certainly warranted and certainly a good idea.”