“Distinguishing between slopes that have already slid and those that are the tipping point will be very difficult,” said Ilya Storm, forecast program supervisor for Avalanche Canada. “This, combined with clearing weather during a holiday week, has us very concerned for backcountry users.”
0
Dec 23, 2019 3:45 PM By: Cathy Ellis 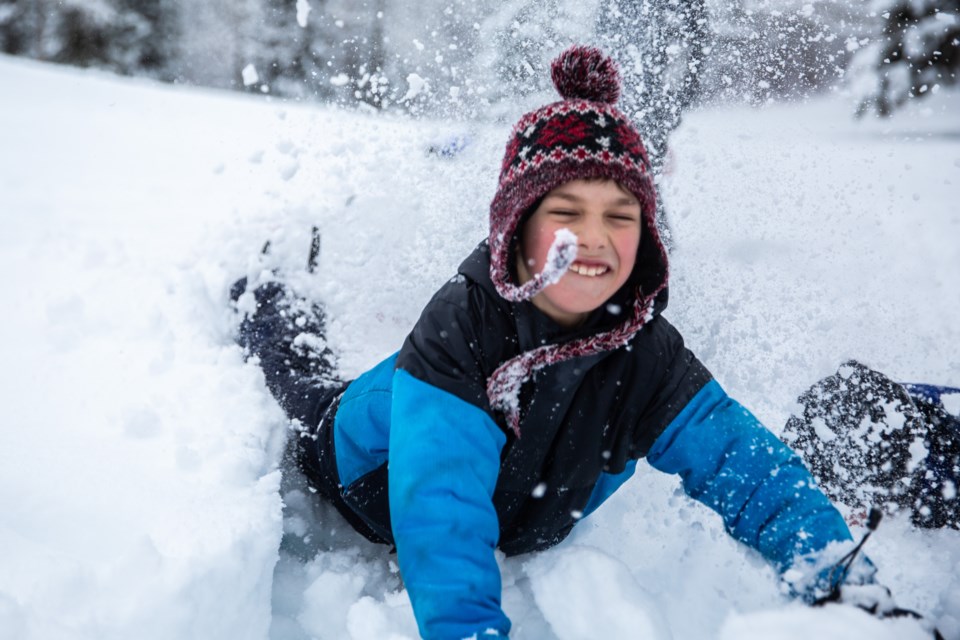 BANFF – A major four-day snowstorm has led to a special avalanche bulletin for the mountain national parks and Kananaskis Country.

The warning, issued by Avalanche Canada in partnership with Parks Canada and Kananaskis Country on Dec. 23, is widespread and indicates the danger ratings are going down across the map because naturally running avalanches have slowed down or stopped.

However, officials say that many slopes are now primed for human-triggered avalanches.

“Distinguishing between slopes that have already slid and those that are the tipping point will be very difficult,” said Ilya Storm, forecast program supervisor for Avalanche Canada.

“This, combined with clearing weather during a holiday week, has us very concerned for backcountry users.”

According to Environment and Climate Change Canada, this system first made landfall on the British Columbia side of the Rocky Mountains, causing road closures, countless vehicle collisions, and elevating avalanche risk across the Rockies in Alberta and B.C..

The storm dropped a significant amount of snow, which is now sitting precariously on a weak layer within the snowpack.

During the storm, many avalanches on that weak layer ran to historic run-outs.

In fact, an avalanche hit and derailed a Canadian Pacific train in Glacier National Park, east of Revelstoke, B.C., about 8:30 p.m. on Dec. 21. The line was reopened Sunday night once all track repairs and safety inspections were complete.

“Seven intermodal platforms derailed as a result of the avalanche,” said CP spokeswoman Salem Woodrow in an email to the Outlook. “There were no injuries to the crew.”

Sarah Hoffman, a meteorologist with Environment and Climate Change Canada, said between 55-79 cms fell in the Lake Louise region, while the Nakiska ski area and Kananaskis Village area saw about 56-75 cms.

She said the areas surrounding the Banff townsite and Canmore saw similar amounts of snowfall – 40-64 cms and 40-66 cms respectively.

Hoffman said snowfall data isn’t very robust and snowfall records end around 2005 for the Banff area; however, noted there were several cases where more snow fell in a 24-hour period in this region than this most recent snowstorm.

Hoffman said the snowstorm was a result of an Atmospheric River, also known as a Pineapple Express, in which a plume of warm moist air led to the major snow dump across a broad region.

“That’s absolutely not unusual and happens quite often; though the magnitude of this atmospheric river may have been a little bit stronger than normal,” she said.

“The strong westerly push of warm moist air is a typical winter experience for the mountains, but these dumps of snow seem a bit unusual because parts of southern Alberta, it’s the spring that’s most prone to these heavier dumps of snow.”

At the start of the storm, Banff Mayor Karen Sorensen sent Facebook messages about the storm, noting the grader hadn’t been able to initially keep up with the accumulating snow.

“All areas for snow storage in Town is at maximum capacity. As such many areas can only be plowed to one lane. We will continue to plow and clear roads until the end of this event,” she posted on Facebook Dec. 21.

“There are buses, cars and even our own plows getting stuck in various locations around town; please help spread the word to not drive unless necessary.”

By Monday morning, all Banff streets had at least one lane open and passable. Parking lots were plowed on Sunday.

“Snow removal operations started this morning in the downtown core with Town staff and contractors and will continue tomorrow as well,” she said in another Facebook post on Dec. 23.
“Some staff will continue to work on Christmas Day and Boxing Day to plow and sand as required. Full snow removal operations will commence again on Friday, December 27th.”

Sorensen said the Town is paying attention to its priority zones first.

Meanwhile, Avalanche Canada, Parks Canada, and Kananaskis Country warn all backcountry users and anyone recreating in avalanche terrain, including those going outside ski area boundaries, to always check their regional avalanche forecasts at www.avalanche.ca.

They say everyone in a backcountry party needs the essential rescue gear—transceiver, probe and shovel—and the knowledge to use it. Ensure your party re-groups well away from avalanche slopes, including overhead hazard such as cornices.

“Those heading to the mountains to snowshoe or explore the front country should also be aware that many popular summer trails are exposed to avalanche terrain,” said Storm.

“Plan ahead and research your route to make sure you are avoiding these areas, or hire a certified guide to lead your party.”