Mayor and councillors voted unanimously to move ahead with plans for visitor pay parking to a budget meeting next week.
Jan 22, 2021 7:00 AM By: Cathy Ellis 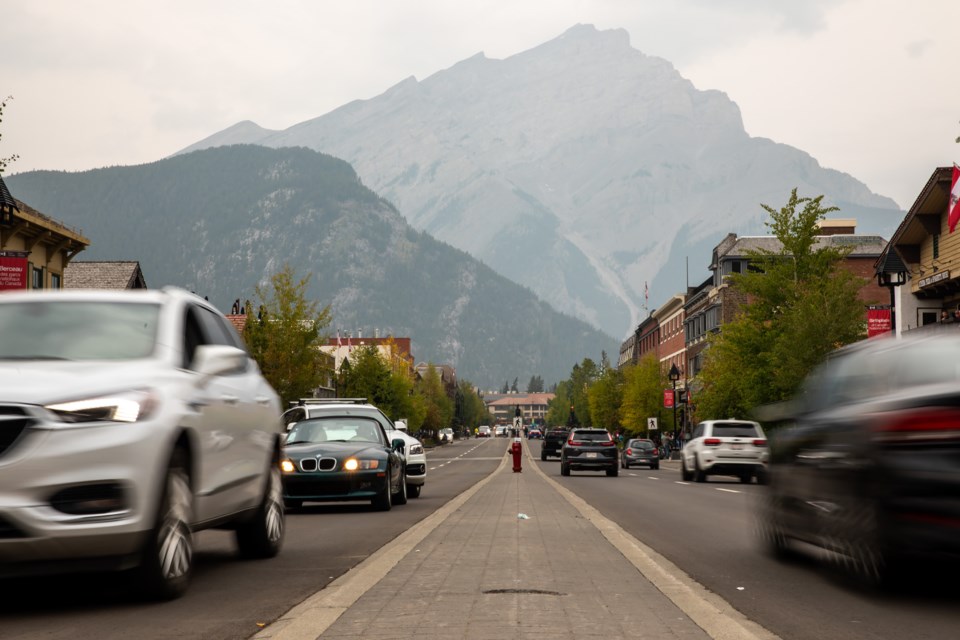 BANFF – Visitor pay parking looks set to go ahead in the tourist town in spring.

Barring most councillors changing their minds between now and a Jan. 27 budget meeting, the plan is to begin charging visitors to park in Banff’s busy downtown core on May 1 – $3 an hour in summer and $2 an hour in winter.

Based on 15 months of extensive public consultation, the new pay parking plan would see residents get up to three hours of free parking in the downtown core any time of day.

The municipality is also implementing a residential parking permit system amid fears there could be parking spillover into residential neighbourhoods close to the downtown as visitors try to avoid paying for parking.

“This [issue] has been around for a number of years and it is divisive and it is controversial amongst many residents in town,” said Councillor Grant Canning during a service review meeting on Wednesday (Jan. 20).

“We all have the political scars to back that up … but the easiest thing is to always do nothing, but that doesn’t mean nothing is the right thing, and I think in this particular case we are doing the right thing.”

Under the year-round pay parking proposal, visitors would pay $2 per hour in winter and $3 per hour in summer, seven days a week from 8 a.m. to 8 p.m. They’d pay using on-street machines, or online using a phone app.

Residents who register for a free parking permit could park in pay zones for free, for up to three continuous hours any time of day. They must register their licence plate once a year.

Free parking options for both visitors and residents include designated lots such as upper floors of the Bear Street Parkade, Bow Avenue, and the 500-stall parking lot at the train station.

Town officials say user pay parking has been discussed for years in Banff, and was a recommendation of the 2013 transportation master plan; however, the plan switched to visitor pay parking based on feedback from residents.

“The goal of this plan is stop subsidizing parking within the town and also help us with our traffic concerns in the townsite,” said Town Manager Kelly Gibson.

Councillors Chip Olver and Peter Poole expressed interest in having another meeting before the end of March to go over some of the finer details of the plan, including the requirement that residents must register their vehicles.

Coun. Olver said she has concerns about seasonal workers whose vehicles are not registered in Banff.

“I flag that for me as an Achilles heel,” she said.

“I see we have the expertise and the skill in the visitor pay parking, but I think the success of this lives and dies on the successful implementation of residential permit parking, and I don’t see that as smooth at this point.”

Coun. Olver said she would also like to see a trial for resident vehicle registration before throwing the door wide open to thousands of residents.

“I think of all the times I’ve tried to book a campground, or other things online that open up at a certain time and crashes in the first minute, and there’s incredible frustration,” she said.

The pay parking system, which uses licence plate recognition, is expected to cost about $755,000 to buy and install.

After paying all costs associated with running visitor pay and resident permit systems, net revenue in the first year of operation is projected to be $647,400, increasing to just over $1 million in 2022 and 2023.

Administration has been directed to come up with a terms of reference for a restricted reserve that would include options for use of revenues by the end of March.

“Revenues needs to go into something that will help specifically address the congestion and parking problems we have,” Coun. Canning said.

Coun. Brian Standish threw his support behind the program because it is more of an integrated transportation approach now, which includes a residential parking permit system, transit and an intercept parking lot at the train station.

“This is very different than anything we’ve seen before,” he said. “It’s bold, it’s robust and the most important part is that it’s been heavily shaped by public input,” he said.

Canmore is introducing user pay parking for residents and visitors this year and the municipality of Jasper recently approved plans to trial pay parking this summer, too.