Grocery workers should be properly paid during pandemic, Trudeau says 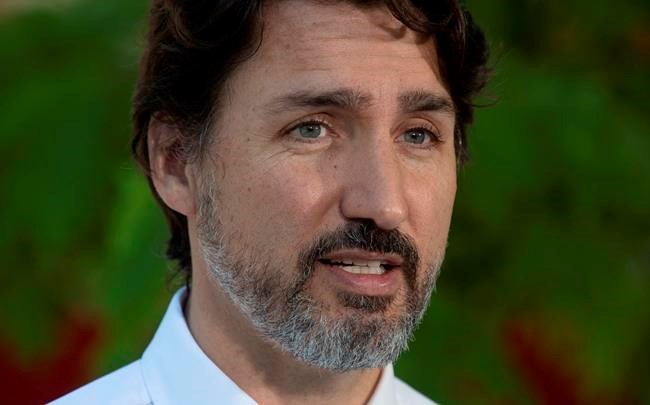 CHELSEA, Que. — Prime Minister Justin Trudeau says grocery store employees who continued to work during the COVID-19 pandemic are "heroes" and he expects them to be properly compensated.

Trudeau says these essential employees who kept store shelves stocked and helped Canadians put food on their tables are just as heroic as front-line health workers and emergency responders.

The federal leader made the comments at a news conference in Chelsea, Que., after being asked for his reaction to three of Canada's major grocers clawing back so-called pandemic pay about a week ago.

Loblaw and Metro both had been paying workers an extra $2 an hour since March 8, while Empire offered a weekly bonus to all employees and a $2 hourly wage bump to those working more than 20 hours a week.

The House of Commons Industry Committee voted unanimously on Thursday to summon representatives of Loblaws, Metro and Empire Co. to explain how they came to the decision, on the same day, to cut wage premiums for front-line staff.

This report by The Canadian Press was first published June 19, 2020.