The senior officer responsible for human resources in the Canadian Armed Forces says the military’s repeated failure to address sexual misconduct in the ranks over the years has led to what feels like an "existential threat" to the institution.
Jun 9, 2021 5:35 PM By: Lee Berthiaume, The Canadian Press 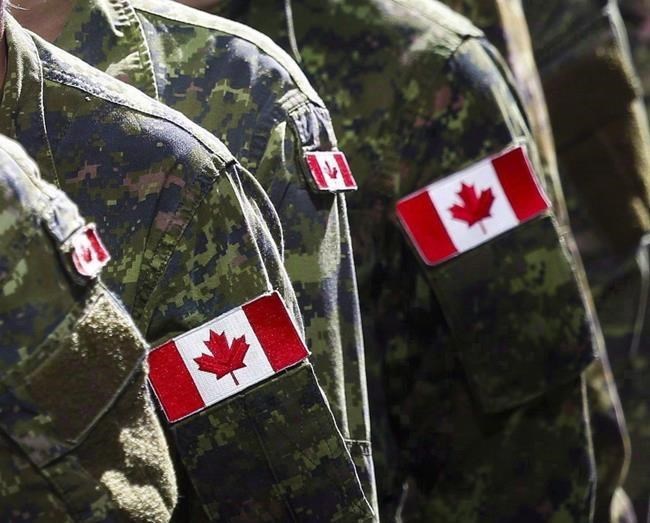 OTTAWA — The senior officer responsible for human resources in the Canadian Armed Forces says the military’s repeated failure to address sexual misconduct in the ranks over the years has led to what feels like an "existential threat" to the institution.

That is what makes the current crisis different from past iterations, Lt.-Gen. Steve Whelan said in an interview, and why the military needs to keep its promise to address the problem this time around.

“It's sad that we've had to come to a point where it feels existential,” he told The Canadian Press. “But that's what happens when you don't hold true to a promise you make to somebody saying: ‘I'm going to fix this.’ Well, this is a promise we have to keep.”

Whelan will have a personal hand in making sure those promises are kept as the head of military personnel command, which has oversight over everything from recruitment and training to promotions and health care.

The Armed Forces has been battered for months with reports and headlines about inappropriate sexual behaviour involving senior commanders, which has left the military reeling and its top ranks in turmoil.

One of those leaders is Vice-Admiral Haydn Edmundson, who stepped aside as the head of military personnel command in March due to a police investigation after a CBC report of alleged sexual assault. Edmundson has denied the allegations.

A former infantry officer, Whelan was named acting commander before taking over the position on a permanent basis in May. While new to the top job, he has worked in several different roles in the personnel section before.

One was helping develop Operation Honour, the military’s mission launched in 2015 to eradicate sexual misconduct from the ranks. Operation Honour was closed this year after some suggested it was poisoned by the allegations involving top commanders.

While arguing Operation Honour led to some good, Whelan acknowledged the military’s pattern of failure over not only years but decades when it comes to sexual misconduct and culture change — and the skepticism many Canadians are feeling about its commitment this time.

“I don’t have a clever answer for those who say: ‘Well, what’s going to happen this time?’” he said.

“I feel it’s different this time. I’m in my 30th year of service… I’ve seen a lot of things come and go, but it feels different. It feels like an existential threat to our profession and all the things we hold dear in the Canadian Armed Forces.”

While that may seem to be an overstatement, military commanders have repeatedly emphasized the importance that creating an inclusive and respectful Canadian Armed Forces will have on recruitment for years to come.

That need to expand the pool of people interested in a military career has been underscored by the COVID-19 pandemic, which has had a major impact on recruitment and training. The military is currently short about 10,000 regular-force troops and reservists.

Whelan in his role will be responsible for implementing reforms to the various recruitment, training, promotion system and other areas with direct bearing on the Armed Forces’ culture.

“If we can make basic training safer, great," he said. "If we can make sure that our leaders are better equipped to have hard conversations, and make better decisions and be more respectful of each other, hey man, I'm all over it. So that's the space I'm working in.”

Reform proposals will come from a variety of places, including retired Supreme Court Justice Louise Arbour, who is conducting a yearlong study and will provide concrete proposals for eliminating sexual misconduct.

Whelan says he also started working with the new chief of military culture, Lt.-Gen. Jennie Carignan, to identify ways in which the Armed Forces can address the various not only sexual misconduct but also hate in the ranks.

While Carignan is still in the process of creating her command, which Whelan described as a “centre of excellence” for culture in the Canadian Armed Forces, the two have nonetheless had multiple conversations already to start moving things forward.

“Jennie and Arbour and I are going to be tied together very closely,” he said.