Dr. Troy McKibbin, president of the Okotoks Urgent Care Physicians Group, submitted a letter to the UCP government requesting reconsideration of its recommendations for health care, which would include changing fee structures for doctors that could result in 10-minute, single-issue patient visits and impact care.
0
Mar 13, 2020 9:32 AM By: Krista Conrad 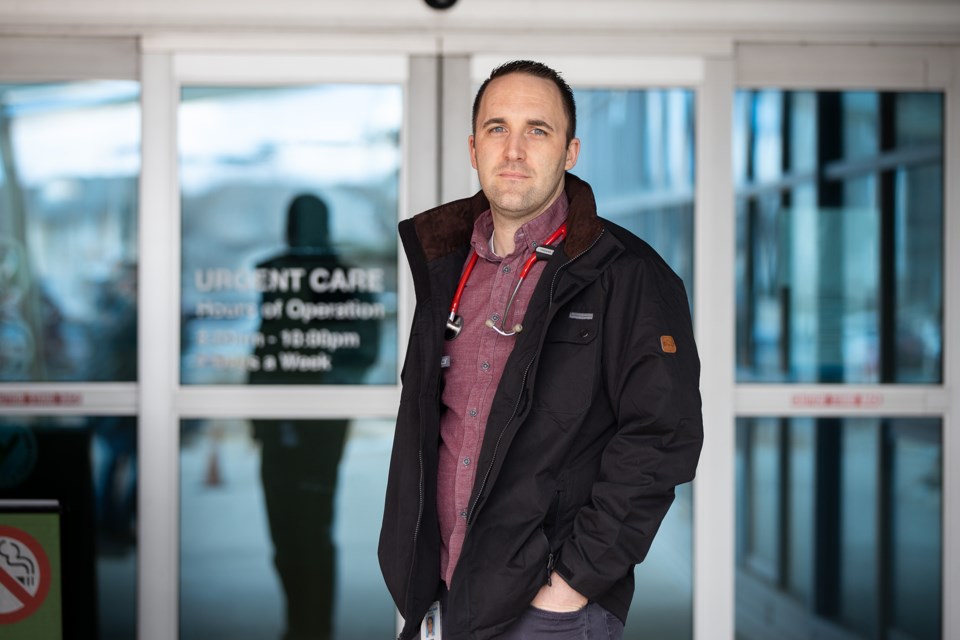 A group of family physicians in Okotoks is petitioning the government to reconsider its changes to doctors’ fees.

Dr. Troy McKibbin, a physician at Pinnacle Medical Centre in Westmount and president of the Okotoks Urgent Care Physicians Group, submitted a letter to Premier Jason Kenney and Health Minister Tyler Shandro on March 11 citing the group’s concerns with the decision.

“The main concern is that patient care is going to get affected by these cuts,” said McKibbin.

He said the Alberta Medical Association (AMA) was in negotiations with the Province in the fall and then the UCP government released 11 recommendations for cost-cutting that would have been effective Feb. 1, which the AMA opposed. The UCP agreed to put their proposed changes on hold until April 1, but McKibbin said Okotoks physicians would rather see the entire plan revisited.

One of the main issues is the schedule of medical benefits, which is how physicians are paid out by Alberta Health. There are currently complex modifiers in place that pay family physicians more for longer patient visits, but that time limit has been extended from 15 minutes to 25 minutes.

“Right now, if I see a patient for 15 minutes we’ll get that increase of $18, but as of April 1 that’s going to be going away,” said McKibbin.

Doctors are not pocketing the cash when they see patients, he said. The money they are paid by Alberta Health also covers staffing costs, building overhead like leases and utilities, medical equipment, electronic medical record software and mediations.

Reducing the amount a physician makes for a longer visit will make it more difficult to cover all costs and also make a wage, he said.

“We won’t be able to do that anymore, because it’s no longer financially viable for the practice.”

He said at this point, he books four patients per hour but that will be increased to six with seemingly very little time for each visit in order to make the same amount of money as the four 15-minute appointments would have brought in.

The impact on frontline patient care would only be negative, he said. Patients are not prepared for one-problem-per-visit medicine, and it’s not the way doctors want to practice, he said.

He added if patients’ needs aren’t being met in a 10-minute window, they will be forced to visit urgent care and emergency rooms, where the cost to Alberta Health is actually more. Though an urgent care physician is paid $31 for a 15 to 19-minute patient visit, the total cost to taxpayers includes the facility fee and runs into hundreds of dollars per patient, he said.

Since 2011, the number of visits to urgent care in Alberta has dropped by 7,000 per year, which he said equates to a substantial savings for Alberta Health. However, that could be reversed with the proposed changes.

“Having very short visits where not all the issues can be met in that kind of timeframe, it will lead to increased expense over time,” said McKibbin. “Although it looks good on the budget sheet, it’s not going to look good in the long-term after the changes have gone through.”

He said it seems as though the government has disregarded feedback from the AMA, which offered savings by other means. The association has already managed to realize over $100 million in savings from changes made in the last few years, he said.

One of those changes included physicians giving up the Retention Benefit, which was a bonus payment doctors once received for the number of years they had continuously practiced medicine in Alberta, he said.

“There are lots of different changes and so those added up to substantial savings for the government, and that was largely with the NDP,” said McKibbin. “And we’re still learning to work with the UCP and have been, it’s them that have not been willing to work with us.”

He said at the very least, he hopes the UCP will work with the AMA and consider its proposals for savings that will not impact patient visits. A working group was struck between the two bodies last week, but he said there has been no word yet about whether negotiations are on the table.

The government should be working with the doctors who know the system and know where to make appropriate cuts, he said.

“The Alberta Medical Association is willing to offer savings and all physicians are willing to take cuts – we realize it’s a tough time for everybody in the province, and we’ve shown over the last four years we’re willing to make those changes already,” said McKibbin. “My hope is that the government sees sense and they see that it will result in very short-term savings but will result in long-term increased expenditures.”

Researchers look at humidity as a weapon in the fight against airborne viruses
Apr 4, 2020 2:30 PM

On the rise: Flour demand higher as Canadians turn to baking as welcome respite
Apr 4, 2020 1:30 PM

About the Author: Krista Conrad