CANMORE – Wildfire smoke wafting into Canmore this summer didn’t stop tourism operators at Canadian Rivers Wild, as adventure seekers in the Bow Valley were forced to cancel plans for hiking or biking and seek alternative thrills.
0
Sep 13, 2018 12:00 AM By: Brandon Wilson 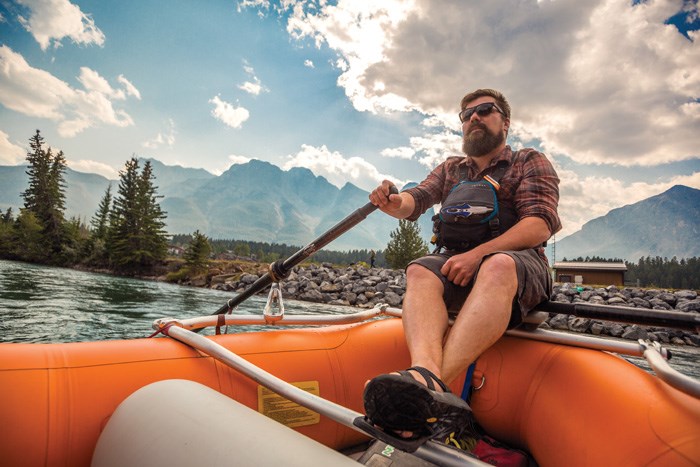 CANMORE – Wildfire smoke wafting into Canmore this summer didn’t stop tourism operators at Canadian Rivers Wild, as adventure seekers in the Bow Valley were forced to cancel plans for hiking or biking and seek alternative thrills.

Canadian Rivers Wild, which operates both Canmore Raft Tours as well as the recently launched Canmore Brewery Tours, may have benefitted from the smoke being blown in from B.C. this summer, according to owner and operator Chris McKenna.

The raft tours experienced the same spike in business during the 2017 season, but staff were not able to pinpoint if the increase in business was due to smoke or Canada 150 celebrations being held in the park. However, the 2018 season was confirmation for them that the low activity scenic floats were seen as a viable alternative to more traditional mountaineering adventures, said McKenna.

This has resulted in the rafting company experiencing its busiest season ever.

“It was nice to see this season because when the smoke came in, we had a few cancellations, but we were still putting people down the river,” said McKenna.

Canmore Raft Tours launched its first tour of the season on April 28, and is looking to push operations through until Thanksgiving if water levels will co-operate. According to McKenna, the early start was due to fortunate circumstances of excellent weather and staff arriving in Canmore ahead of the usual time.

“So we got on the water to start training and we figured, ‘if we’re going to be on the water, what better for training than to have actual people in your raft?’ So we did a lot of shadow guiding, which means the (new) guides would sit by a senior guide and learn the ropes,” he said.

The rafting company was able to bring on six full time guides for the first time this year, as well as six part-time guides.

“Our first season it was just me and a friend and then last year, because our numbers tripled, we brought in guides as contractors, but not as full time guides. But this year, since mid June, we’ve had full time staff working for us,” said McKenna.

On the brewery side of things, business has seen a steady increase since first launching earlier this year.

“As summer progressed we got busier and busier. Right now we’re putting up record numbers with the breweries and the distilleries,” said McKenna.

Even though the first summer of operations has seen steady growth, McKenna is interested in getting larger groups out touring the breweries and distilleries; in his opinion, they are better experienced with a larger party.

“We need to have at least four or five people, and not just because that’s where you start making money, but because of the whole social side of it,” he said. “It can be private, and there’s nothing really wrong with two people doing a tour by themselves, but the vibe isn’t really created.”

“We just need to get it out to people and say, ‘hey listen, this is a great place. You don’t need to go anywhere else and have this as a secondary stop or a third stop as just a pop in. You can come right to Canmore and do your entire holiday here.’ ”