Canmore-based Alpine Club of Canada suspends hut bookings to protect caribou in Jasper's Tonquin backcountry, where a herd of caribou is on the brink of extinction.
Feb 18, 2021 11:00 AM By: Cathy Ellis 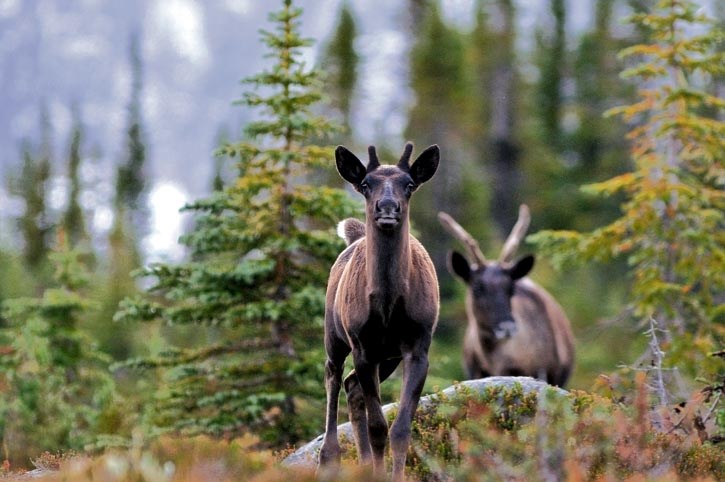 JASPER – Conservationists and Canmore-based Alpine Club of Canada are continuing to push Parks Canada to reduce human access into the Tonquin backcountry to help save a caribou herd on the brink of extinction.

The organizations asked the federal agency to keep Jasper National Park's annual winter closure of the Tonquin backcountry in place for the entire snow season instead of opening mid-February, as is the case every year, and to reassess and reduce impacts to caribou though summer-fall backcountry access.

With Parks Canada reopening the area to people on Feb. 16, the groups are now asking people to voluntarily stay out to protect the herd, which is down to about 45 caribou, including 10 or fewer breeding females.

“We feel that is totally inappropriate when those caribou are so close to the brink … but we continue to ask for that to happen," she added.

"We feel they are putting far too much emphasis on a very small number of private interests."

Research has shown that it can stress caribou and displace them from the best habitat. The packed trails also makes it easier for wolves to access caribou range to hunt.

During winter, the consequences for caribou being displaced from good habitat are high, as they eat mostly low-protein lichens and cannot afford the energetic costs of moving to avoid humans.

Caribou cows are pregnant in winter, which is a critical time for them because they need to stay healthy so they can give birth to strong calves in late May or June.

The Alpine Club of Canada (ACC), which has its headquarters based in Canmore, has voluntarily suspended bookings at its Tonquin backcountry Wates-Gibson hut for the entire winter.

Lael Parrott, the ACC’s vice-president for access and environment, said the club promotes responsible and sustainable recreational use of wilderness areas.

“We have asked our members to lead by example and choose to go backcountry skiing outside of Jasper National Park’s Tonquin backcountry,” she said in a news release.

In the 1960s, southern Jasper National Park had hundreds of caribou. Today, there are fewer than 60 animals left. The Maligne herd is gone, two more are at such low numbers that they might not last much longer.

The Tonquin herd is the largest herd left; it only has 45 caribou, including 10 or less breeding females.

A spokesperson for Parks Canada did not get back to the Outlook by publication.