Two Westlock doctors are among the 150 signatories of a petition asking AHS for appropriate PPE
0
May 7, 2020 4:15 PM By: Andreea Resmerita 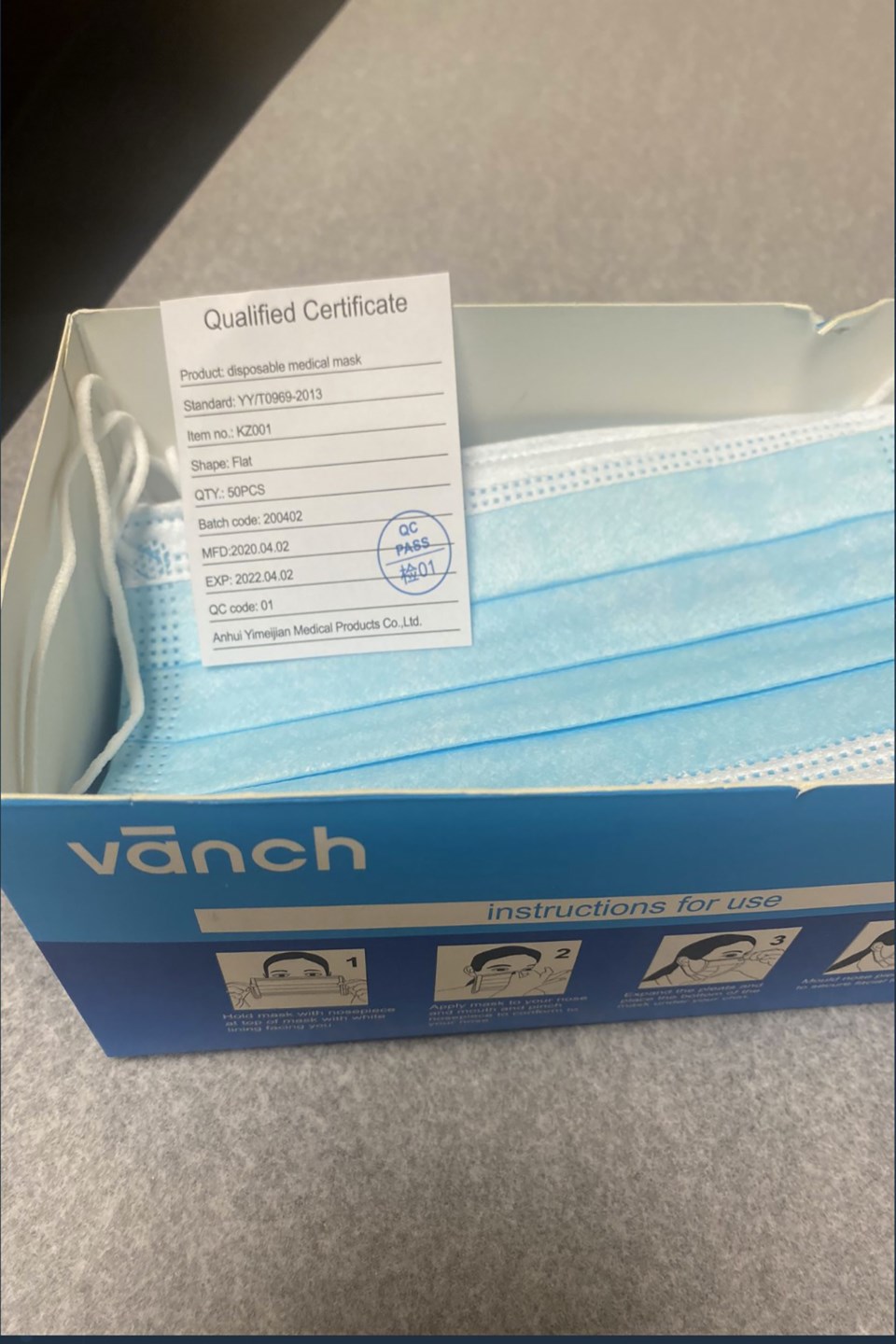 The Vanch masks currently being supplied by the province are inadequate and sub-standard, claim the 150 Alberta doctors who signed a May 7 letter asking for proper equipment. Photo supplied.

WESTLOCK – In an open letter addressed to Alberta Health Minister Tyler Shandro and Dr. Verna Yiu, the CEO of Alberta Health Services, doctors across the province expressed their concern with the poor quality of the surgical masks that are currently being supplied.

Among the 150 signatories of the May 7 letter are Drs. Stephanie Frigon and Elizabeth McKoen from Westlock.

The group, #abdocs4patients, wrote that the new supply of Vanch masks is “of poor quality, substandard, consistently malfunction, and do not provide adequate personal protection against a very capable viral pathogen.”

They’ve caused nausea, skin irritation and headaches for some wearers.

Dr. John Julyan-Gudgeon, a doctor from Red Deer acting as spokesperson for the group, told the News that, apart from the aesthetic and poor construction problems, the most important issue is that the masks currently being provided do not offer an adequate particle and bacterial barrier or splash protection.

“There are production and compliance standards for these masks that are set by industry and by testing agencies to determine whether or not the masks are in fact effective for the job they’re supposed to do. Some of these tests will be to see whether or not they filter out particles of various microscopic sizes, as well as whether or not they effectively form a barrier against splash contamination.

“What we have found is that, whereas the masks that have been present until recently have met those standards … the ones that have been brought in response to the donation to other provinces, those ones typically do not,” he said.

The various standards used by the Alberta government don’t all account for a mask’s capability to offer splash protection and a proper barrier, they wrote.

The standard for the Vanch masks in stock does not include those two elements. That discovery, Julyan-Gudgeon said, was made after the group itself researched the masks they wear against the industry standards.

“The mask issue is continuing to illustrate the lack of transparency and trust. This is just another element where you could say the government could’ve had our back here. They didn’t and they told us that they did,” he said.

The Vanch masks, Julyan-Gudgeon confirmed, are being used in his clinic and at the Red Deer Regional Hospital Centre.

There, “they are being handed out to the nurses as well,” he said.

Julyan-Gudgeon says so far, the government has only addressed the aesthetic qualities of the masks but disregarded the barrier problem.

“#abdocs4patients disagree with the AHS’ assessment and government reassurance about this substandard equipment further dismissing our concern as “preference.” Our personal safety is not a preference,” wrote the collective of doctors.

Costco Canada now asking customers to wear masks
May 21, 2020 2:45 PM
Comments
We welcome your feedback and encourage you to share your thoughts. We ask that you be respectful of others and their points of view, refrain from personal attacks and stay on topic. To learn about our commenting policies and how we moderate, please read our Community Guidelines.