Organizers of the Kananaskis Canmore Klean Up event are concerned increased volumes of garbage left along popular trails and in day-use parking lots in the region could attract wildlife and have 400 prizes to give out for those able to participate in the cleanup event
Aug 7, 2020 2:09 PM By: Tanya Foubert 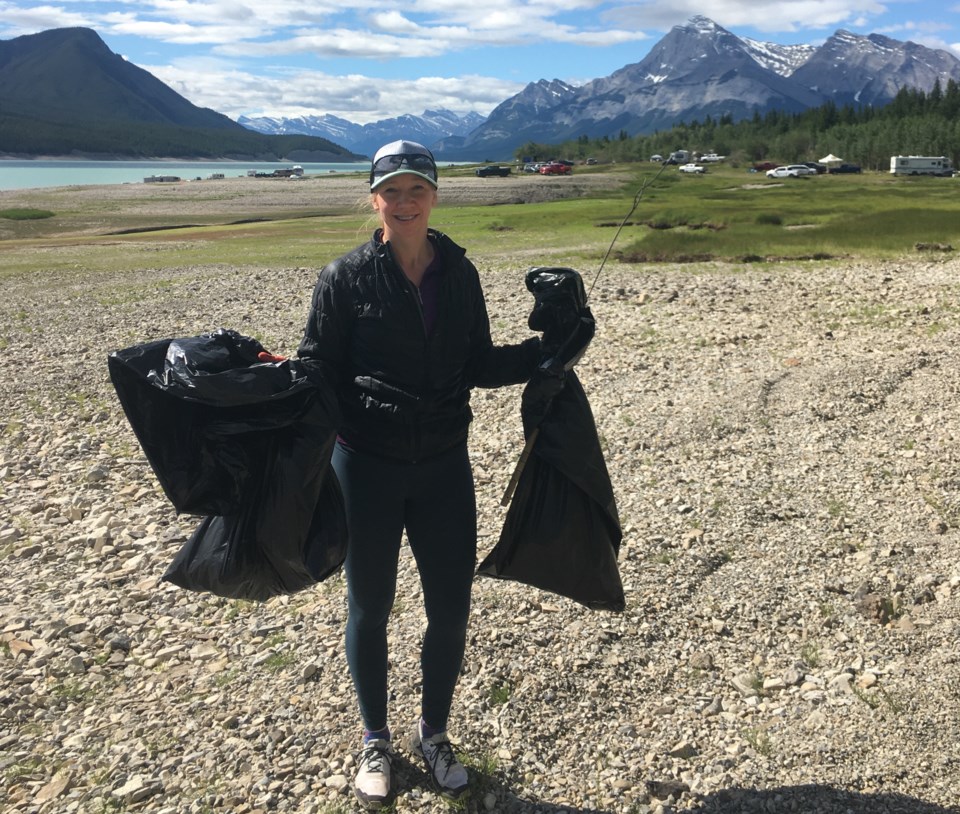 BOW VALLEY – While litter along trails and overflowing garbage cans at popular day use areas are becoming a common scene in the valley, organizers of a regional volunteer cleanup event are hoping to inspire Albertans to help address the problem.

The Kananaskis and Canmore Klean Up event runs Aug. 6-10 and is open to anyone who wants to lend a helping hand throughout the region, including in Bragg Creek and Banff National Park.

Organizers Sarah Kuindersma and Glen Gorrie have put together 400 prizes for participants in the hopes of inspiring more people to get involved. Both have noticed how popular Alberta's parks have become this summer, which has also resulted in increased littering.

"I have been seeing an increase in the usage of the pathways, but also an increase of garbage on the trails," Kuindersma said. "Not only is it not nice to see the garbage, but it is a hazard for wildlife."

A recent cleanup event was organized for Abraham Lake north of Saskatchewan River Crossing. Kuindersma attended and helped collect 170 bags of garbage with 80 other volunteers at the beginning of July.

The problem, however, persisted and led Fish and Wildlife to issue a closure after a bear was able to gain access to unattended food at a random camping site on July 28. Other campers also witnessed the bear regularly entering campsites in the area over several days.

According to communications advisor Shawna King, Fish and Wildlife captured the male black bear on July 29 and the area was reopened the next day. The bear, however, was killed and the incident is a reminder of why it is important to keep food away from wildlife.

"Having a habituated large animal in high use recreation areas is a serious public safety concern, especially when the animal is not shy of humans and even willingly approaches them," King wrote in an email to the Outlook.

"Bears that show this sort of behaviour are at an increased risk to injure or kill someone. For these reasons, officers had to make the difficult choice to put this bear down to prevent future public safety problems."

"We are entering their home and we are the ones bringing this trash in and the unfortunate part is that the bear pays the price for it," Kuindersma said. "This year, there has just been so much garbage especially on the trails. I am really concerned for the wildlife."

Kuindersma, an Okotoks resident, and Gorrie spend a lot of free time recreating in the mountains and felt the need to do something about the increasing amounts of garbage since the parks reopened from the coronavirus lockdown.

"Every spare moment that I have, I am out there," Kuindersma said. "As soon as I had the idea, [Gorrie] has been helping me along with it."

To participate in the cleanup, register by emailing Kuindersma at mymat@live.ca with three areas you would be interested in helping collect garbage.

"I am really trying to spread out the effort, so not everyone is headed to the same trailhead," she said.

Kuindersma will confirm the location and provide detailed safety information for volunteers. Not only are there COVID-19 precautions, but wildlife safety is also important, as well as safe practices for picking garbage.

Volunteers will need gloves and garbage bags, and are asked not to dispose of the trash collected in the bins in the parking lot or day use area if they are already full.

"Once they have those safety tips, they can go to the trail at any point from Aug. 6 to 10 and take a picture of their efforts," Kuindersma said.

"In the last two days, our numbers have really bumped up with 94 confirmed groups going out onto the trails," she said, adding Bragg Creek and Banff National Park locations are also welcome.

"We are looking for more volunteers. So if anybody wants to email me, we are still taking more people."

Go to the Kananaskis and Canmore Klean Up Event Facebook page for more details.