“This is a public safety issue. There is the real concern of immediate impact on the level of response for incidents on the Trans-Canada Highway."
0
Mar 26, 2020 6:00 AM By: Cathy Ellis 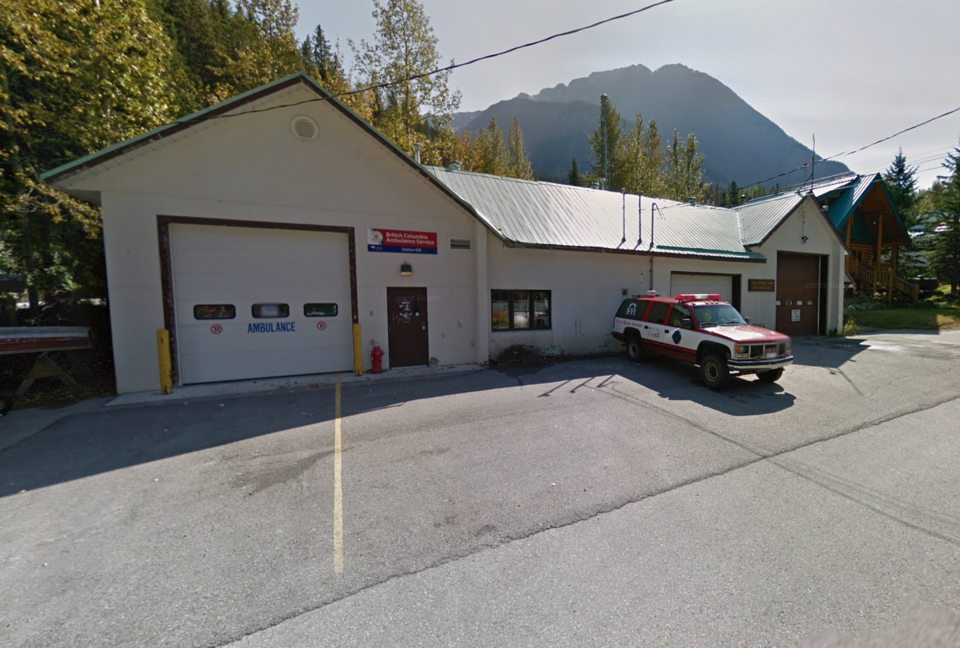 Field Fire Department and Rescue (FFDR) has called on Parks Canada to change the volunteer fire chief position into one that is full time and paid  – and won’t sign the annual contract, which expires March 31, without it.

Firefighters say a full-time chief is needed to help deal with a growing number of emergency calls on the highway, as well as the increased burden of liability, time demands and administrative requirements to operate a fire department.

Crag Chapman, a longtime resident and businessman in the town of about 130 people, said he and others in the community support FFDR’s proposal, noting the department has been without a fire chief since July 2019 because no one wants to take on the busy job as a volunteer.

“This is a public safety issue. There is the real concern of immediate impact on the level of response for incidents on the Trans-Canada Highway,” he said.

“In the long term, there is a potential lack of emergency response within our community, structural fire protection in particular.”

On. Feb.18, FFDR told Parks Canada it won’t sign its usual contract, stating the department would no longer provide response to roadside emergencies in order to lower the risk associated with these types of calls.

However, the fire department indicated it would be willing to enter into a six-month contract starting April 1, which would provide structural fire protection services only in Yoho National Park.

Patrick Cais, Field’s acting fire chief, said that in the absence of a full-time paid fire chief, he believes that the existing agreement with Parks Canada makes it difficult for the department to meet legal and administrative obligations.

“The department has a strong sense of community,” he said.

“We have told Parks Canada we will do fire suppression within the community and surrounding buildings in the area, but wouldn't do any road rescue under these current circumstances.”

FFDR, a local non-profit society with currently 17 members, has historically provided services on the Trans-Canada Highway from the Yoho National Park boundary to the B.C.-Alberta border by way of an annual contract with Parks Canada.

In 2019, FFDR responded to 57 calls in Yoho, and 33 of those were for road related incidents such as vehicle accidents, or vehicle fires.

While Field has a population of 130 people, FFDR also serves millions of visitors to the national park every year, as well as all the traffic travelling on the national transportation corridor through the park, including commercial traffic.

Cais said that the volunteer fire department felt burdened over the past few years with the increasing number of response calls, sometimes the nature of the callouts, and the administrative obligations.

The work includes increased reporting, record keeping and training requirements under provincial legislation and policy, as well dealing with a small population from which to draw volunteers.

Cais said this, plus the fact Field has a small population base to draw from, is making it extremely difficult for the department to keep a fire chief in the long term, noting there have been five fire chiefs over the 12 years.

“All the work is being done on their personal time and that’s not sustainable. It is getting more and more difficult … we’re reaching the limit,” Cais said.

“Nobody in the fire department wants the fire chief position if it’s volunteer. People are so busy and have their own lives. I am deputy chief and I don’t want it.”

Parks Canada management contacted staff at the Town of Golden requesting that municipality temporarily provide this service for about a two-month period. But Golden town council defeated this request at its March 17 meeting.

In addition, Parks Canada has been in talks with Lake Louise fire department, which is operated by Improvement District No. 9, a rural municipality with taxation authority in Banff National Park outside the Town of Banff.

Parks officials said that for emergency services in Yoho National Park, the federal agency will continue to work with FFDR, BC Ambulance, and neighbouring fire departments.

“Public safety is of the utmost importance for Parks Canada and the agency is committed to providing emergency services to road travellers through national parks.”

According to a report to Golden town council on March 17, Lake Louise fire department is willing to provide road rescue services as far as Field.

However, Golden’s chief administrative officer Jon Wilsgard said the Lake Louise fire department recently realized its licensing for patient care does not apply in B.C., and is addressing this gap over the next two months.

“It will apparently be able to respond into Yoho National Park by approximately the end of May,” said Wilsgard. “Over the coming fiscal year, Parks Canada will look at long-term and sustainable options to resolve this situation.”

Chapman said there have been significant and serious vehicle accidents along this stretch of highway running through mountainous terrain, where average daily traffic volumes are about 7,500 vehicles, and as many as 15,000 in summer.

“It’s horrible to think you would have a 30 minute-plus response time from some sort of fire department for an extraction, or a hazardous spill,” he said.

“The highway here is a very dangerous place. We’ve had numerous incidents in the past, even one with a Field fire truck and ambulance being hit by a semi.”

FFDR members are paid for training and call outs,  but Cais said that it needs a paid full time fire chief to handle the administrative duties. He estimates a full-time fire chief would cost about $70,000 on the low end to $150,000 on the higher end.,

Cais said the growing number of visitors to the Yoho National Park, and the increased traffic volumes on the highway as well as the roads to Emerald Lake and Takakkaw Falls, is making it even busier.,

“It’s a major corridor as well for commercial traffic, so talking about semis, tractor trailers, and some could be dangerous cargos as well,” he said, noting the department also responded to the CP derailment that killed three train crew members in 2019.

“As a fire department being on the front line, we feel it’s important to strengthen capacity of response – and having a full-time fire chief would allow us just to have 24-hours response.”

A letter from Field Recreation Advisory Association board of director’s highlights some resident concerns, including what members consider a lack of support from Parks Canada to the local fire department.