ALBERTA – The new provincial government has stayed true to earlier promises and proposed legislation that would drop the minimum wage for Alberta’s youth in the newly tabled Open for Business Act.
May 30, 2019 12:07 AM By: Alana MacLeod 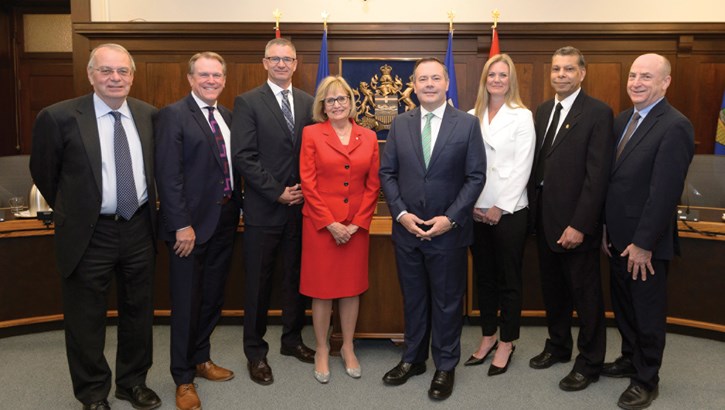 ALBERTA – The new provincial government has stayed true to earlier promises and proposed legislation that would drop the minimum wage for Alberta’s youth in the newly tabled Open for Business Act.

Announced Monday (May 27) in a Edmonton news conference, Premier Jason Kenney said the bill will include a wage drop for employees under the age of 18 that will take effect June 26, while other changes that effect the way employees calculate banked overtime systems, will take effect come September if passed.

“We have something like 30,000 young Albertan’s who are unemployed who are looking for work,” Kenney said. “We need to get those young people back to work and that’s why today, I’m pleased to announce the introduction of the Open for Business Act.

“Today we’re taking action to make it easier for young people to get jobs to get that work experience that will set them up well for life by creating a youth job creation wage at $13 an hour for students under 18 who work full time.”

The new legislation, also known as Bill 2, would mean Albertans under the age of 18 would receive $13 an hour as opposed to the current minimum wage of $15. During the school months, the new youth minimum wage will only apply to the first 28 hours worked by a student, while it will apply to all hours worked during holidays such as the summer break.

Ontario is the only other province to have a different minimum wage for youth, which the UCP government said they’ve used as a model while creating their own. Nova Scotia also has two wage rates, but they’re distinguished as experienced and inexperienced instead of by age.

Jason Copping, minister of labour and immigration, said it would be up to employers to make the call as to what their employees will make.

“These are actually, pun intended, minimums, so it’s actually up to employers and employees to actually work out how that works, but we haven’t seen any issues with this,” he said.

Copping said the act doesn’t cite penalties for students who might lie about their status or age to receive a higher wage.

In a press release sent out by the New Democratic Party of Alberta (NDP), the opposition party said they don’t agree with the $2 wage cut for students.

“The Alberta NDP Opposition strongly opposes the change as all workers deserve equal pay, regardless of their age or education status,” the release said.

NDP labour critic Christina Gray said the change “will make it harder for teenagers who are working to save up for their first car or put money away to pay for college.”

“The value of your work should depend on the effort and skill you put into it, not what year you were born,” Gray said in the release.

The legislation isn’t a surprise, as Kenney announced back in February he planned on making changes to both youth wages and restaurant worker wages, though the latter Copping said the government doesn’t have enough data to yet move forward with.

Also announced in Monday’s conference were changes in the overtime-banked hour pay systems. Workers who get paid out overtime will still receive time and a half while those who bank hours will bank them at straight time. The NDP government under Premier Rachel Notley also changed those regulations and banked hours could be calculated by a 1 to 1.5 ratio.

Kenney said employees have complained about “strict rules on banking overtime, so that will end too.”

The NDP’s, calling the tabled bill the Pick Your Pockets Bill, said it “allows employers to pay out banked overtime hours at straight time instead of time-and-a-half.”

“The proposal will take money out of the pockets of more than 400,000 Alberta workers, hitting works in oil and gas and construction the hardest,” its release read.

The UCP government also said businesses will no longer be required to pay employees for holidays they haven’t worked, only those who work the day are entitled, adding that they must work at least 30 days in the last 12 months before the holiday to be eligible.

Also tabled in the new bill are changes to labour relations, including restoring a mandatory secret ballot for union votes on certification, creating a new program to support union members, and returning to a 90-day period for union certification evidence.

“Yesterday, as promised, we put forward Bill 2: the Open for Business Act,” she wrote.

“This bill will fix the statutory holiday pay changes that forced so many businesses to roll back employee hours, ensure overtime flexibility, restore secret ballot voting for union certification, and implement a job creation youth wage. With young male unemployment at its lowest rate in history, this is the bill Alberta needs. Promise made, promise kept.”