“Now is the worst time to force these changes through because we need to be 100 per cent focused on COVID-19 and keeping our patients safe and keeping our doctors safe,” said Vesta Michelle Warren, a doctor with the Sundre Medical Clinic.
Apr 2, 2020 12:24 PM By: Claire Theobald, Local Journalism Initiative Reporter 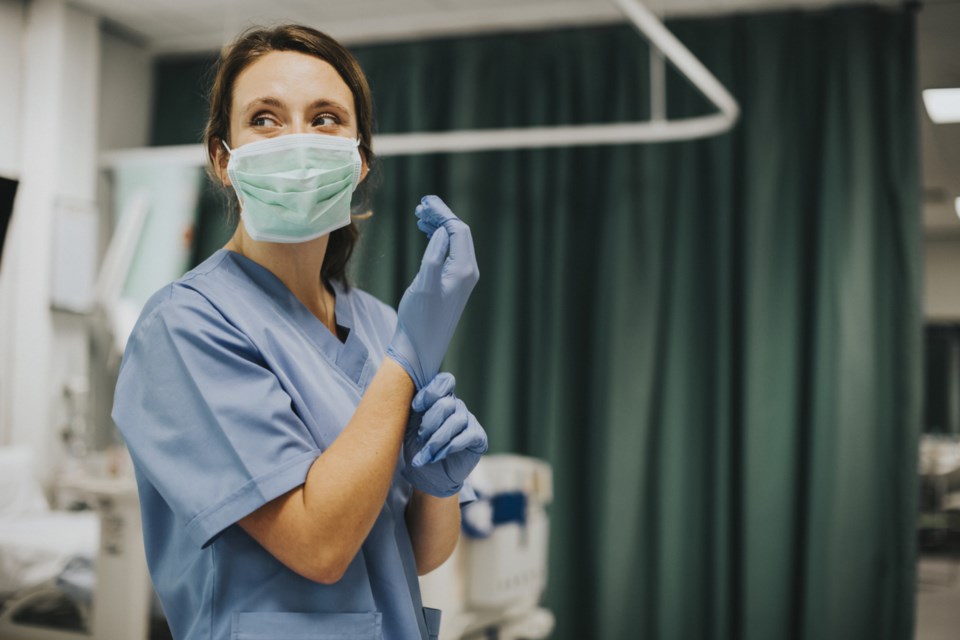 A group of Alberta doctors warn the government’s decision not to delay changes to their physician funding framework could “kill.”

“The UCP is enacting changes that will literally kill Alberta’s people,” said Matt McIsaac, a doctor with Banff Sport Medicine, during a media availability organized by David Shepherd, NDP MLA for Edmonton-City Centre and opposition critic of health, on Wednesday.

Shepherd described the decision to push forward with imposing a number of changes to the way physicians are compensated while those same doctors prepare to face the COVID-19 pandemic as “one of the most irresponsible acts ever committed by a Canadian government."

“(Health Minister) Tyler Shandro is imposing massive pay cuts and systemic upheaval on Alberta’s doctors even as those same doctors are risking their lives to protect us during a global pandemic," Shepherd said. "I’m running out of ways to describe this, it’s incomprehensible, frankly, it’s dangerous.”

Doctors then warned these changes could disproportionately hurt rural medicine.

When the scope of the COVID-19 crisis became clear, the provincial government announced it would reactivate an old phone code so physicians reaching out to their patients outside of their clinic during social distancing measures would be more fairly compensated.

The government also held off on changes to clinical stipends that were once used to incentivize doctors with certain skill sets to meet needs in under-serviced areas.

“Our government will provide whatever resources are needed to protect Albertans in the pandemic,” said Shandro in a written statement Wednesday.

However, calls from the Alberta Medical Association to put the rest of the changes imposed in the funding framework on hold until after the worst of the coronavirus crisis has passed were not heeded, and on Wednesday, as confirmed cases of COVID-19 continued to climb, these changes took effect.

These nearly dozen changes include caps on the number of patients a doctor can bill for seeing in a day, defunding driver medical exams for patients over 75 and diagnostic imaging ordered by uninsured practitioners like chiropractors and physiotherapists as well as ending good faith claims, where services are provided to non-residents who are not eligible for Alberta health care coverage.

These changes were made as the government seeks to get more value out of Alberta’s taxpayer dollars from the provincial health care system, which the premier has repeatedly said is one of the most costly per capita in Canada.

However, doctors who spoke Wednesday said some of these changes – such as reducing the amount physicians bill while they offer services in hospitals rather than in their clinics where they have to pay for overhead and limiting the amount doctors are reimbursed for medical liability insurance – could make keeping clinics open in rural Alberta unsustainable.

Jarritt Seeman, a doctor at the Innisfail Medical Clinic, said changes to hospital billing codes – which his colleagues estimated would reduce the fees for their services performed in hospital settings between 20 and 30 per cent – were a “gut punch” to doctors closing their clinics and staffing hospitals to prepare Alberta’s health system to respond to a potential surge in COVID-19 patients.

“Now is the worst time to force these changes through because we need to be 100 per cent focused on COVID-19 and keeping our patients safe and keeping our doctors safe,” said Vesta Michelle Warren, a doctor with the Sundre Medical Clinic, who said she would receive 20 per cent less pay for performing a service in the Sundre Hospital and Care Centre than she earns in her clinic.

Warren said doctors subsidise the cost of operating their clinics with their hospital earnings, and doctors will now have to choose whether they can afford their overhead or cut back on offering their services in hospitals.

The reduction in reimbursement for liability insurance will make performing services like obstetrics too expensive to perform, Warren said, meaning rural women may not be able to give birth in their home community.

They asked the government to reconsider and pause these changes until after the COVID-19 crisis has passed so they can focus on protecting Albertans during the pandemic without worrying they my face financial ruin on the other side. They say any distraction from their duties in the face of the coronavirus pandemic could prove fatal.

“In the middle of a pandemic, this is the stupidest conversation to ever have,” said Paul Parks, a doctor who works in Medicine Hat, Alta.

Shandro said he is, “open to any concrete, specific proposal to support physicians and patients in the emergency and going forward,” and discussions with the Alberta Medical Association continue.

Warren said after the government unilaterally threw out their last contract, doctors are having a hard time taking Shandro at his word.