Canmore restaurant Crazyweed Kitchen recently shutdown dine-in service after the rise in COVID-19 cases and an incident with unruly guests, but staff are choosing to focus on the positive and be "part of the solution."
Aug 6, 2020 10:00 AM By: Jenna Dulewich 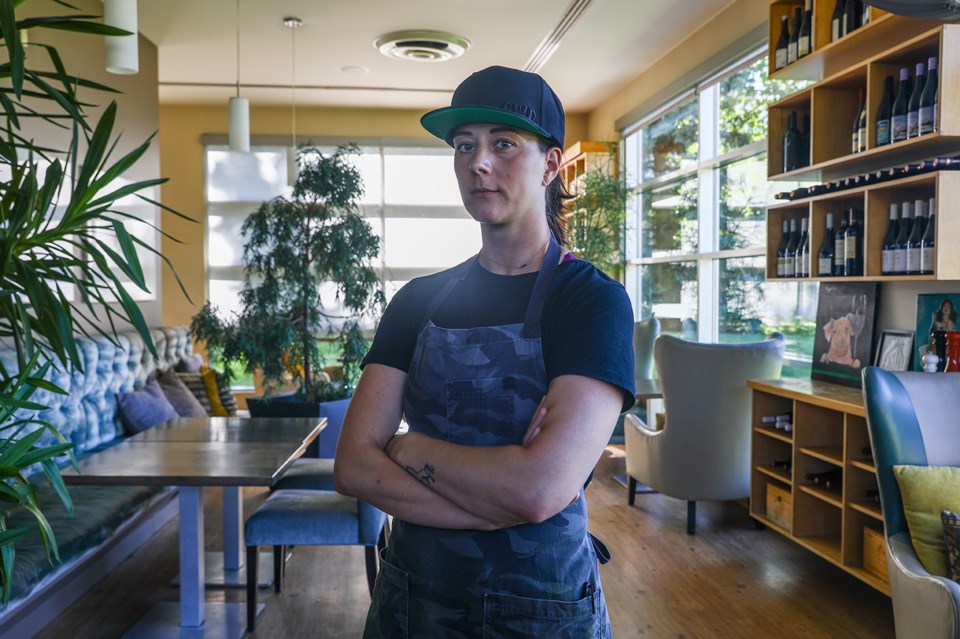 On July 23, Crazyweed Kitchen in Canmore announced in a social media post it was discontinuing dine-in service until further notice, citing the recent rise in daily case numbers in the community. But head chef Eden Hrabec said there were also a couple other incidents that helped prompt the closure, including one with customers harassing and threatening staff.

“We had an incident one Friday night, where we expressed our protocol that we were taking more extreme measures than most places – temperature screening and asking that customers wear masks inside until they were at their tables and to the washroom … 12 people came in quite intoxicated [and we] didn’t realize the level until they sat down – they were quite rude to our servers, very disrespectful and not following protocol,” Hrabec said in a phone interview.

The guests, who registered with an Edmonton phone number, were split up between four tables to ensure customer safety and social distancing, but staff said the customers refused to listen to the servers and started harassing and threatening staff, with one guest even spitting on the floor before they left.

“The majority of people coming in are appreciative of our protocols we were enforcing … then there were just a few bad apples, so it became quite apparent that it is hard to patrol and police your guests [and] we didn’t feel it was appropriate [to continue dine-in service],” Hrabec said.

“It is disappointing to hear these types of incidents happening … if there is anyone disturbing the peace or publicly intoxicated, [businesses and restaurants] are encouraged to call the police.”

Restaurants officially reopened at 50 per cent capacity on May 14 under stage one of Alberta's relaunch strategy, and were allowed to fully reopen, with the two-metre physical distancing strategies in place as of June 12. The Bow Valley also jumped from zero active cases to 14 active cases in a matter of weeks in mid-July. As of Aug. 5, there were zero active cases in Banff, Canmore or the MD of Bighorn.

The provincial government has not enacted a provincial-wide policy on masks to date, leaving the decision up to municipalities. The Town of Banff passed a mask bylaw on July 27, officially starting on Aug. 1, mandating all masks be worn in publicly accessible buildings in Banff like grocery stores, retails shops, restaurants and hotels, as well as public vehicles such as taxis. The bylaw also applied to the 100 and 200 blocks of Banff Avenue pedestrian zone. The Town of Canmore passed its mandatory mask bylaw on Aug. 4, officially starting on Aug. 7, to mandate wearing masks or face coverings for indoor public settings.

Hrabec said listening to the Alberta Chief Medical Officer of Health speak about physical distancing and creating cohort families, running a dine-in service felt inappropriate, as she compared the restaurant to a home and said it was similar to inviting several strangers into your home every day.

“The decision was not made lightly. We feel socially responsible to help protect the community of Canmore from other episodes like that … we wanted to keep a safe and enjoyable dining experience, and keep it rolling [but] we feel much more comfortable with the outdoor dining for the summer,” she explained.

Choosing not to look at the experience as a negative, Hrabec said the staff is excited to continue the curbside pick-up for lunch and is now focusing on expanding the curbside dinner menu as well. Locals and visitors should also stay tuned for to-be-announced picnic kits.

“We are playing it day-by-day and navigating where we feel comfortable and we are just going to make our own way through.”