No positive cases of COVID-19 on Alberta reserves

“So far we have been very fortunate and there are no cases on reserves. Most chiefs have been very proactive out there, they have good plans and checkpoints going into reserves.”
Mar 29, 2020 10:00 AM By: Jenna Dulewich 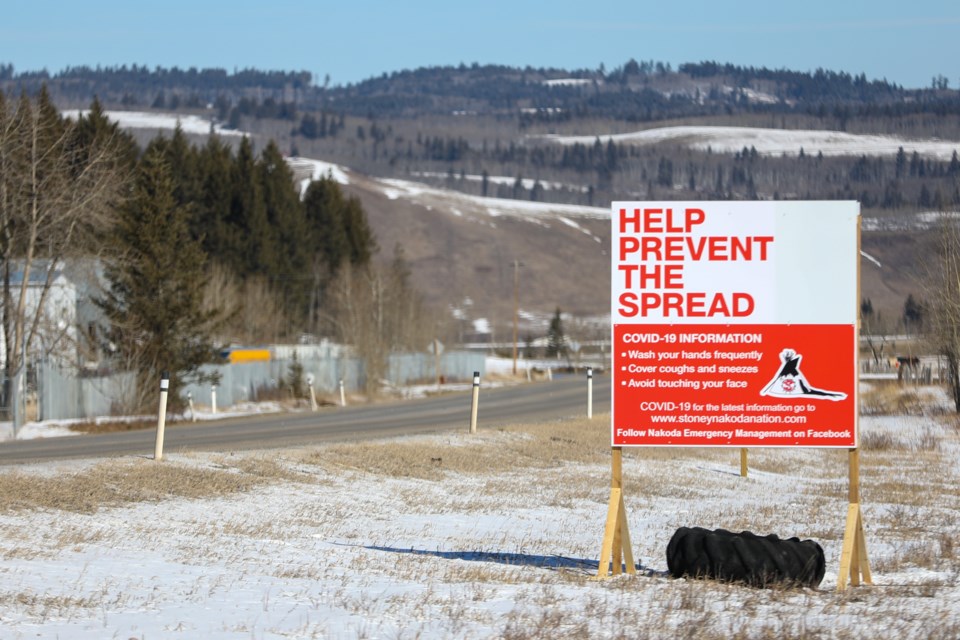 ALBERTA – Officials confirmed COVID-19 has yet to show up on any Alberta reserves.

During a Saturday (March 28) morning press conference with Indigenous Relations Minister Rick Wilson, he said there have been no confirmed cases of COVID-19 on any reserves in the province to date.

“So far, we have been very fortunate and there are no cases on reserves,” Wilson said during the conference.

“Most chiefs have been very proactive out there, they have good plans and checkpoints going into reserves.”

As of Friday (March 27) afternoon, the province had 542 confirmed cases with 23 currently hospitalized and two deaths reported. Chief Medical Officer of Health Dr. Deena Hinshaw said up to 42 of the confirmed cases were suspected to be due to community transmission.

According to geospatial data on the Alberta Health Services website, there are five positive cases in the Canmore region and as of yesterday, one positive case in the Banff region.

In line with the provincial declaration of the public health emergency, the Stoney Nakoda First Nation also declared a state of local emergency on March 17 to allow the Nation’s Emergency Management Team to have greater access to resources to support the community.

Since the announcement, Stoney Nakoda has been able to set up an Emergency Response Centre at the Stoney Nakoda Resort and Casino.

“I would like to give the Nakoda Emergency Management team a big thank you. You are doing a wonderful job, please continue,” Bearspaw Councillor Rob Hunter said in a video on social media.

“You people don’t have to do this for us … but you are doing this for our benefit and well being and safety. Thank you very much.”

Home to approximately 4,000 to 5,000 residents, the Stoney Nakoda First Nation spans from the Cochrane town limits to the MD of Bighorn, as well as in Eden Valley where some Bearspaw band members reside.

The Morley townsite, located between the Trans-Canada Highway and Highway 1A, hosts several services to residents including a health centre, post office, elementary school, high school, youth centre and gas station with convenience store. While the reserve does not have a grocery store, the Iyahrhe Nakoda Food Bank has still been putting together food hampers and distributing them in Morley, Big Horn and off-reserve households.

The Nation also delivered home disinfection kits in Morley, Bighorn and Eden Valley this past week.

“I have been communicating regularly with First Nations and Métis leadership about the needs and unique challenges facing them during the COVID-19 crisis. As well, I have been relaying our conversations to the federal government to advocate for and press the concerns that have been raised,” Wilson said.

Other concerns raised at the press conference included reserves facing a lack of clean drinking water and households that home several family members.

Wilson said he is working closely with the First Nations, attempting to get “some initiatives on the go” and said if there is a concern with clean drinking water to contact his office.

As for the overcrowding of homes, Wilson acknowledged there are a lot of people living in poverty and often a lot of people under one roof, and said he is hopeful to work with the federal government for solutions.

“These are very vulnerable communities and we have to be careful that we protect them the best we can,” Wilson said.

If anyone from Stoney Nakoda is in need of assistance, they are encouraged to call the Emergency Information Line at 1-833-881-3499.