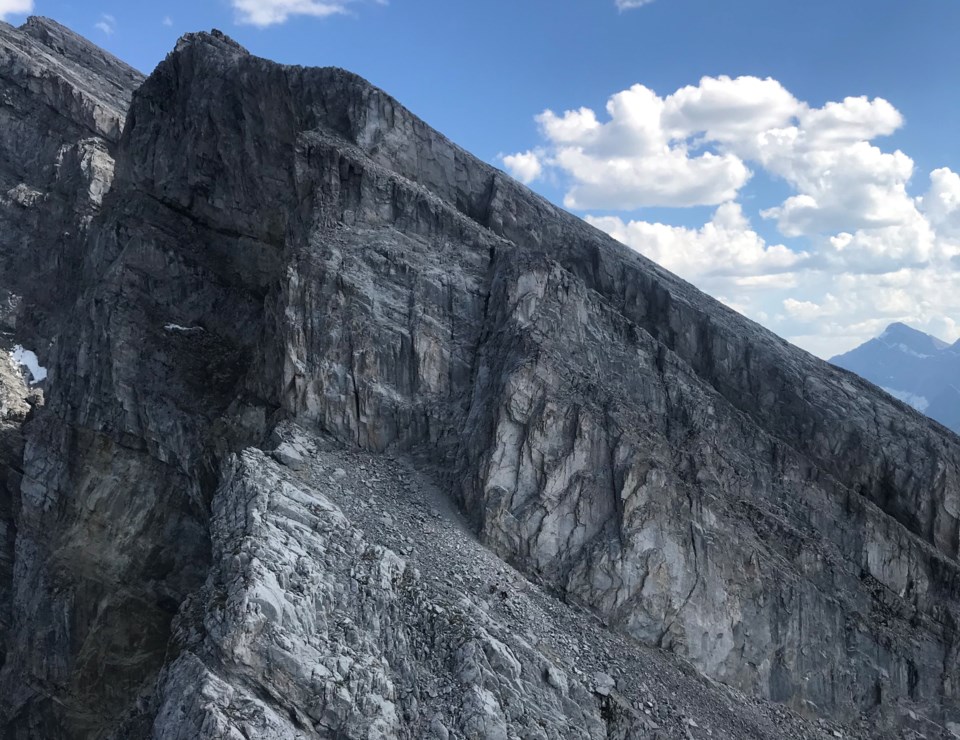 The climber was scrambling with a male friend when she suffered a serious fall near the summit of Mount Lawrence Grassi down a 100-foot gully, landing in the scree, said Mike Koppang with Kananaskis Public Safety.

"[Kananaskis Public Safety] responded with Alpine Helicopter ... [we] landed on Miner's Peak then packaged on a spine board and treated for a number of injuries," Koppang said.

The injured female was then transported to EMS and STARS air ambulance, who were set up at the Ha Ling trailhead.

"We rendezvoused with EMS and an Alpine Helicopters [that slung the patient out] and transported an adult female to the Foothills Medical Centre," Fatima Khawaja with STARS communications wrote in an email.