"Ending the [state of local emergency] does not mean that the pandemic is over. It recognizes that the initial efforts of Albertans and specifically the Stoney people have worked in keeping numbers low."
Jun 22, 2020 7:59 AM By: Jenna Dulewich 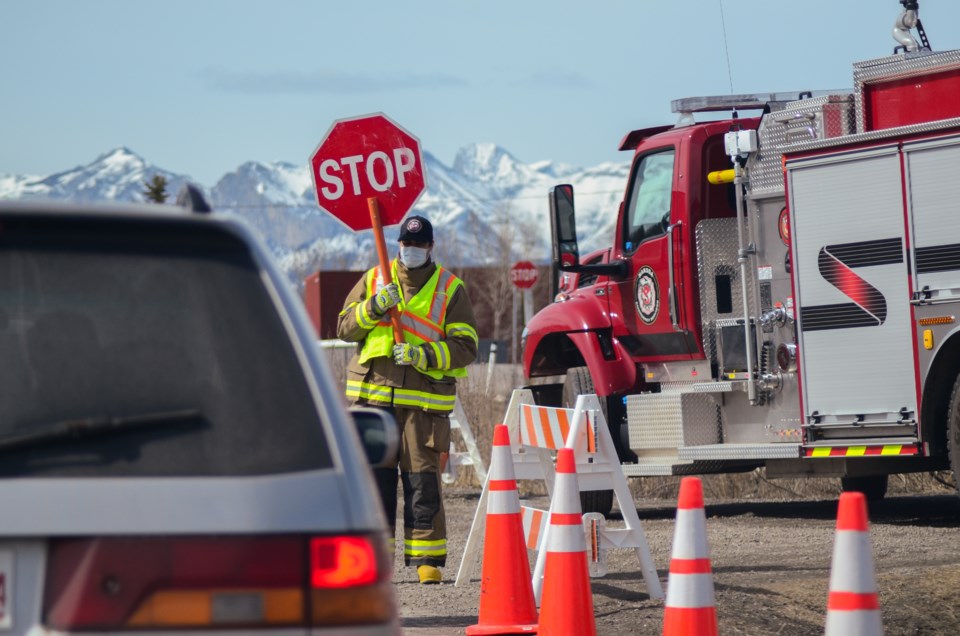 STONEY NAKODA – The local state of emergency on the Stoney Nakoda Nation has lasted just shy of 100 days as the Nation rescinded the declaration on Friday (June 19).

“The Emergency Coordination Centre (ECC) team in coordination with the Stoney Chiefs and health officials have rescinded the [state of local emergency],” Stoney Tribal Administration CEO Ryan Robb said in a statement to the Outlook.

“It was through the hard work of our leadership, response staff and most importantly Stoney members that we were in a position to do so.”

Put in place on March 17, amid the global COVID-19 pandemic, the reserve that neighbours several municipalities including Canmore, MD of Bighorn, Kananaskis Country, Cochrane and Rocky View County – to name a few – is home to three bands, Bearspaw, Chiniki and Wesley with three chiefs and three reserve locations.

Over the last three months, the Nation only saw a small spike of positive cases towards the end of April – going from zero active cases to 13 positive cases in Eden Valley and one in Morley within a week. Nation officials suspect the transmission was from the outbreak at the Cargill meat-processing plant in High River.

Three weeks after the small outbreak, active case numbers were back to zero, as the emergency management team continued to push educational messaging, set up checkstops to hand out pamphlets and offered testing on the Nation.

“Ending the [state of local emergency] does not mean that the pandemic is over,” Nakoda Emergency Management wrote in a statement.

“It recognizes that the initial efforts of Albertans and specifically the Stoney people have worked in keeping numbers low. With the province implementing phase two of the relaunch, the emergency management team will continue to monitor the situation and report accordingly.”

The announcement happened a week after the province started phase two of the relaunch strategy on June 12. The most recent changes means allowing some businesses including retail, farmers markets, hairstyling, cafés, restaurants and pubs – to name a few ­– to reopen with the new public health guidelines in place, such as practicing physical distancing and keeping two metres apart from people outside your household.

“Even if we are feeling health and symptom-free, we all need to continue as though we could spread the virus and catch it from others. We remain each others’ best defence against the virus,” Alberta’s Chief Medical Officer of Health Dr. Deena Hinshaw said at a press conference the day the Nation rescinded the local state of emergency.

As the province started to reopen, officials passed along educational messages, including to neighbouring municipalities, that as reserve land is private, any non-Nation members on the land are trespassing. More than 20 "No Trespassing" signs were put up across the Nation in early May that also reminded Nation members to practice social distancing.

“Every time there is a nice weekend, we see an uptick in trespassers especially when the federal and provincial parks are closed,” Robb told the Outlook at the time.

“We just want to remind people that you can’t just come onto the Nation and go fishing or camping … so just like our friends in Canmore and Banff, we are asking people to respect that it is private land and to not trespass.”

While provincial and federal campgrounds are open again – with restriction – officials are still asking everyone to follow the provincial health guidelines to keep active case numbers low.

“With stage two of Alberta’s relaunch underway, it’s important to get tested for COVID-19 – even if you have no symptoms,” Hinshaw said.

Nation officials credit low positive case numbers to date, to setting up the emergency coordination team shortly after declaring a local state of emergency, and being able to have quick responses and share educational messaging.

But as active case numbers remain at zero for the Nation, and low for neighbouring municipalities, officials said the declaration can be re-instated if need be.

“The Stoney Nation will still be under Alberta’s public health orders and the [state of local emergency] may be re-implemented if necessary,” the Nakoda Emergency Team wrote.

“Please keep up the good work and follow all of the recommended guidelines."

Stoney Nakoda Nation is asking band members to continue to follow the Alberta Health Service guidelines which include: