Bankes is money at biathlon world cup in Italy 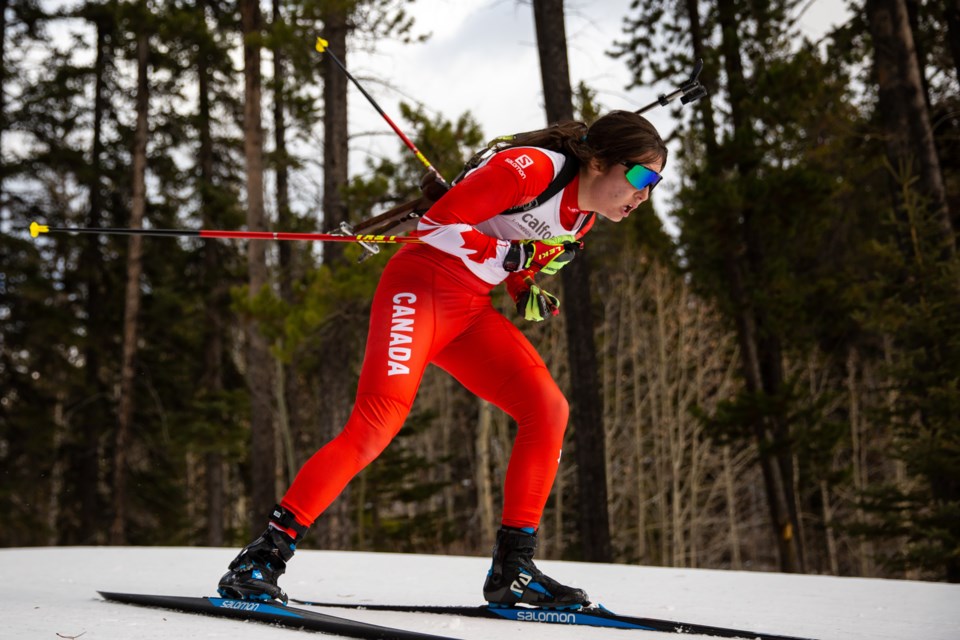 Megan Bankes of the national biathlon team races in the Biathlon Canada Trials at the Canmore Nordic Centre in November 2019. EVAN BUHLER RMO FILE PHOTO
ITALY – Canadian biathlete Megan Bankes cashed in on a career day at the world cup on Thursday (Jan. 21).

After struggling on the range, the 23-year-old Calgary-native, who trains out of Canmore, finished 25th in the women’s 15-kilometre individual in Antholz-Anterselva, Italy with her best shooting performance this season.

Bankes was not available for comment, but Biathlon Canada head coach Justin Wadsworth said it was nice to see Bankes step up and give the team a boost.

“I'm pumped to see Megan get a personal best on the world cup and one shot away from the top 10, potentially," he said.

Overall, Bankes is shooting 72 per cent this season, combining standing (57 per cent) and prone (86 per cent), but on the high altitude Italian range on Thursday, Bankes was money and shot 18/20 (90 per cent).

“If she [shot] 19 out of 20, she's probably in the top 10, for sure," said Wadsworth. "It's really good to see Megan getting some confidence back with her shooting. That's really been the piece that's been a bit lacking for her."

Prior to today’s result, Bankes best placing of 2020-21 was 44th in sprint during a December world cup in Austria.

“[She] had a great day of shooting," said Wadsworth. "It's always tough in Antholz; a lot of athletes on the world cup have a tough shooting there just with the difference in heart rate and stuff the high altitude race makes. It's just below 1,800 metres, so it's pretty high altitude."

Canada’s Nadia Moser finished 61st (16/20), and Emma Lunder, the top female biathlete in the country, did not compete in the race due to an illness.