Canmore’s Jeff Read: top ski nations should ‘look out for us’

Canada's speed team's confidence is growing after some stellar racing at the world championships.
Feb 13, 2021 4:30 PM By: Jordan Small 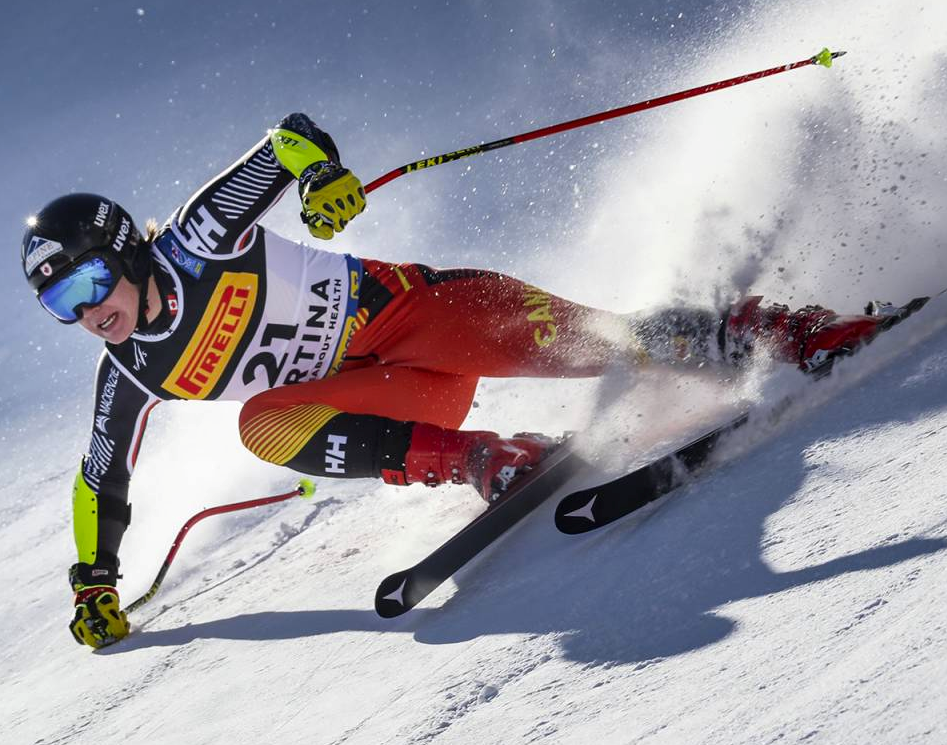 Jeff Read competes in the super-G at the 2021 world ski championships in Cortina, Italy. GEPA PHOTO

ITALY – If the big ski nations weren’t paying attention to Canada’s up-and-coming speed team, then they are now.

Four Canadian skiers flew into the top-25 of Monday's (Feb. 15) alpine combined at the FIS World Ski Championships in Cortina, Italy, and there's a growing confidence that the “only way is up” from here.

“It’s really fun to push each other and really challenge each other to be our best,” said Jeff Read.

The 23-year-old skier from Canmore finished 22nd in the race that combines super-G and slalom, while teammates Jack Crawford was fourth, Trevor Philp was 10th, and Broderick Thompson was 11th.

“All the guys had a good super-G today," said Phil McNichol, Alpine Canada's High-Performance Director in a press release. "It was a great redemption after the downhill, which was not where we needed it to be."

Philp, a former pupil of Banff Alpine Racers, said the combined race was a blast.

"The Super G portion was great, flowy and fun, and the slalom portion was ... rusty," he said in a social media post.

Monday's races were the final "speed" events of the world championships, which now moves toward more technical racing in slalom and giant slalom.

Monday's results are on the heels of another big moment of the world champs when three Canadians placing in the top-20 of Feb. 11's super-G.

Read finished 18th, a personal best at the biggest event of the year, while teammates Brodie Seger finished one spot off the podium in fourth, and Crawford was 14th.

“I think we’re really coming up as a group and we’ve got some promise down the road … and hopefully those top nations are starting to realize to look out for us,” said Read.

The newness of the Italian course levelled out the playing field, said Read. Besides some Italians, not many skiers knew what to expect, which was favourable odds for Read and his teammates.

“A course like that, I think it really plays into my cards and everyone on my team’s card because we’re all young and very technical skiers. I think it gives us a bit of an edge to be able to compete with the top guys in courses like that,” said Read.

“The only way is up, so hopefully we can get on the box."

Read added that except for one challenging part on Feb. 11's super-G course where he had a hiccup, he’s pleased with his skiing. But it was still a little bittersweet to be just outside the top-15, which would have given him FIS points.

“You almost had to slow yourself down and do these turns, so I messed that part up pretty good and I was pretty frustrated and a bit disappointed because my skiing before and after was, like, I was actually third at the interval before it and had some good intervals after it,” Read said.

“Yeah, definitely wishing it could have been a little better because it was one turn away from being a really good day.”