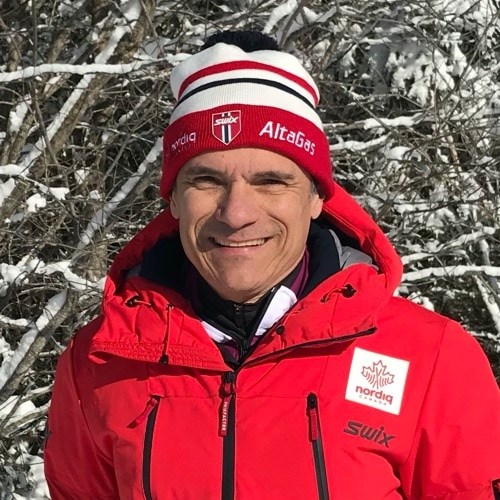 BOW VALLEY – One of Stéphane Barrette's first substantial actions as Nordiq Canada’s new chief executive officer is a revamp of the National Ski Team (NST) selection criteria after its validity was put on blast earlier this year.

Barrette, who’s been with the national governing body for Para nordic and cross-country skiing since 2006, is well-versed in the ski world with 35 years experience as an athlete, head coach and sport developer. He's keen to take on new challenges while providing hands-on leadership and being engaged with the ski community entering Nordiq Canada's next chapter.

“I have my feet on the ground, so to speak," said Barrette, who’s located out of Montreal.

"I think I have some credibility when I speak about cross-country skiing because I’ve been so involved for such a long time. Also I came from different perspective than other candidates; I was the standing interim CEO until now and so [the board of directors] was able to assess my work for last five or six months, too.”

After Shane Pearsall resigned last May, Barrette was assigned interim CEO  and has been working behind the scenes during the pandemic as a new season full of change and wonder races towards the start line.

A significant undertaking in Barrette’s tutelage already in the works will be revising Nordiq Canada's NST selection criteria, which came under heavy scrutiny earlier this year after the eyebrow-raising exclusion of several high-performance athletes.

“[It's] starting with the terms of reference of the High Performance Committee overseeing with our HP staff and we are in the midst of writing that criteria as we speak,” Barrette said.

Thousands of dollars in federal grants are at stake for athletes who are selected – or not – to the NST, which is made up of world cup, senior development and junior development teams.

When the selection criteria was created in 2019 by 18 members of the High Performance Committee, it factored in race results, potential for Olympic, world cup or world championships medals if the athlete was selected to the NST, and results relative to athlete's age, among others.

In May, the process received blowback from the cross-country ski community after the 2020-19 NST was announced, featuring a young core of athletes that would be developed through to the 2026 Olympics and cut out long-standing members such as Katherine Stewart-Jones, who has been selected to six national teams.

However, the 25-year-old returned to the NST after winning an appeal from an objective panel based on a top-12 world cup individual race in February, where she had the ninth-fastest time of the day en route to finishing 32nd in a world cup pursuit race in Oestersund, Sweden.

Barrette said the thoroughness and transparency of the new criteria should be reflective moving forward.

“We’ve being doing a lot of work since the spring to review everything affecting team selection to make sure we have an even more solid process that is transparent, that is fair, and we will see if we have succeeded,” he said.

Barrette was on the NST from 1990-92 before becoming Ski de fond Quebec’s executive director from 1994-2006. Once with Nordiq Canada, Barrette served as assistant director of high-performance after being the high-performance development coordinator in eastern Canada.

The new leader said he'll be very much involved in the business and marketing aspect of the position, as well.

“Stéphane is a highly-motivated, passionate leader who brings the energy, drive and skillset required to lead this organization that is focused on achieving excellence both on and off the ski trails,” said Jennifer Tomlinson, chair of Nordiq Canada in a press release. “He stands out on the basis of his unique mix of experience, leadership qualities and profound understanding of the challenges and opportunities facing our sport.”