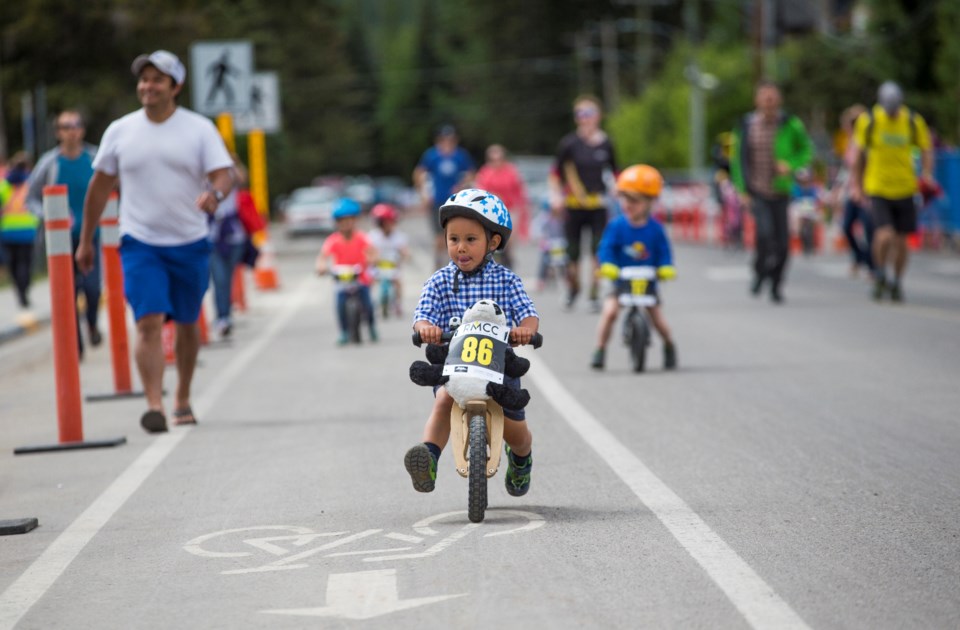 BOW VALLEY – The Rundle Mountain Cycling Club (RMCC) is head over wheels after its start to the season.

“With no funds coming in from last year or very little, and no fundraisers and no sponsorships, we were all of the sudden in a deficit,” said Shannon Fox, RMCC’s program manager.

“For Jumpstart to do a grant like this, it's pretty amazing for a program like ours, where we can go into debt, and by the end of the year we might be out of it."

RMCC creates revenue through its programs, but was forced to shut down programming last year from March to July due to AHS guidelines before salvaging August and September.

The funding received was not disclosed, but Fox said it will go toward recovering from 2020's minimal programming, a lack of funds to pay for the programs to be organized for 2021, and to help certify new coaches.

This season, RMCC had record registration for its Rampage and All Mountain programs, plus adult programming is pushing max capacity, which Fox said rarely fills.

“We’ve had to fund more coaches because we have just had so many wanting to do programs,” said Fox. “So many people are just ready to do sport and do it outside.”

As part of the Sport Relief Fund, Jumpstart released a report on the impact of the COVID-19 pandemic on community sports and recreation.

According to Jumpstart’s State of Sport Report published in March, its three takeaways are the infrastructure of recreational sport in Canada is crumbling; the impact on youth is severe; and a return to normalcy won’t be quick or easy.

Results from the report show that three in 10 sports organizations are temporarily or indefinitely closed, six in 10 are attempting to run modified programming, and one third are bankrupt or inching toward bankruptcy.

The survey added that 81 per cent of sport organizations operating are worried about their ability to offer programming in 2021.

The Jumpstart report showed concerning results for youth, as well.

President of Jumpstart Scott Fraser said that not only is Canada’s recreational sport ecosystem in "dire need of support," but the pandemic has detrimentally affected children’s mental and physical health.

“This crisis at the grassroots level is matched only by the one facing Canada’s children who are experiencing high levels of trauma and social isolation due to the pandemic,” said Fraser in a press release. “Sports give children a chance to boost their self-esteem, nurture their creativity, help them excel in school, and connect to their communities.

"Our country, our communities and our children need sport more than ever."