Triston Bearspaw will be stopping pucks this season with the High Prairie Red Wings
Oct 8, 2020 4:00 PM By: Jordan Small 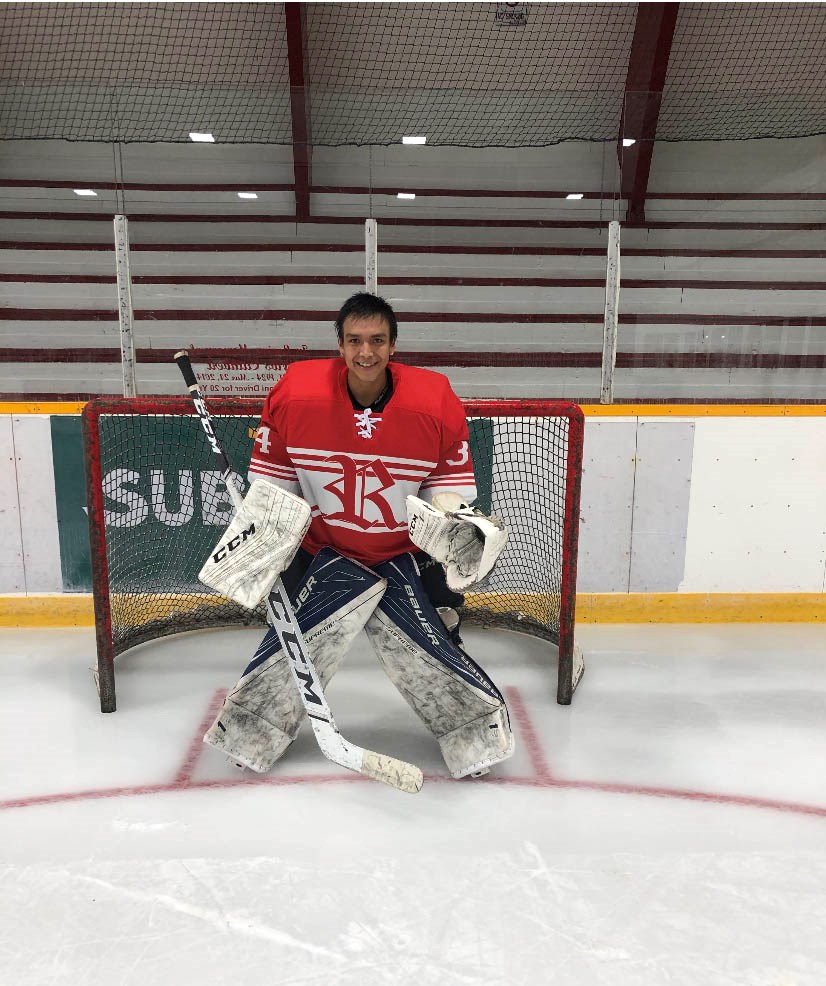 Goalie Triston Bearspaw signed with the High Prairie Red Wings of the Greater Metro Hockey League this season. SUBMITTED PHOTO
HIGH PRAIRIE – Triston Bearspaw hung up his skates for months last season to reflect on how his farfetched hockey dream would come true.

One year later, the 21-year-old goalie from Stoney Nakoda is poised to make an immediate impact with junior A club and new team, the High Prairie Red Wings, in an obscure season unlike any before.

After the 2018-19 campaign ended, an uneasy off-season began for Bearspaw as he went over uncomfortable truths, self doubts and what his next chapter in Canada’s game would be.

“I wasn’t sure where to go, or if I was good enough to play, and money-wise, stuff like that,” Bearspaw said, a five-foot-10 leftie catcher.

From last November until March when COVID hit, the goalie worked out tirelessly in the gym, burying any self-doubt creeping in the back of his mind. It kept him on his toes and ready as he focused on getting his overall fitness to be junior A worthy.

Bearspaw's father, John, called his son a humble young man and sees Triston as someone giving hope to younger generations on the reserve.

"He's in a phase of no distractions," John said. "He's not letting negativity and depression and addictions stand in his way."

For the love of the game, Bearspaw's razor-sharp focus and gym time paid off when opportunity presented itself after his mother, Geraldine, signed him up for the Greater Metro Hockey League (GMHL) western tryouts in August.

“I don’t think that kid will ever stop playing hockey until he gets there because it’s always been his dream,” said Geraldine, who doesn't miss any of his games.

And getting out there on the crisp surface truly was.

“As soon as I touched the ice, I felt like butter,” Bearspaw said with a laugh. “It was my last year, it was my last shot. I thought I’d give it a go and see how it worked out.”

The Red Wings of the GMHL, an independent Tier II Junior A league, really liked what they saw in the feisty netminder who utilizes the butterfly style  – protecting the lower part of the net.

As an atom-aged player, an impromptu game of rock, paper, scissors put Bearspaw between the pipes. A goalie was needed and Bearspaw, who was playing out of the net at that time, won the chance game with a friend for who would be goalie.

“I like to be aggressive, I’m quick and I'm loud – I yell a lot. I take the leadership role in the backend. I’m able to spread out in the net and get from point A to point B pretty quick and I think that’s what the teams liked. I use my size to my advantage. I still want to be better at watching the puck come to me, playing the puck and stuff like that.”

At August's tryouts, Bearspaw's notable command in the crease also grabbed the attention of the Slave Lake Icedogs, a GMHL rival.

Two teams actively pursuing the goalie gave his confidence a shot in the arm it needed. During the second skate, the Red Wings offered a contract to the kid who started out as a Timbit in Canmore before making his way to Hockey Calgary.

“I’m super excited and I’m ready to play,” said Bearspaw. “I want to win a championship for my last year if I don’t move towards college hockey. College hockey is my main goal,” he said. “I’m going to do my best to light it up.”

The Red Wings first game of the season is Oct. 16 against the Icedogs.

It’s been a long ride to reach this point and Bearspaw’s family is in it with him.

A few weeks ago, Triston texted his mother and thanked her from his new spot in High Prairie, a town about 200 kilometres east of Grande Prairie. It was her spontaneous decision to sign up her son for the tryouts last August that put the wheels in motion for a comeback season.

The Bearspaw family has been fundraising tirelessly for Triston with 50/50 raffles and a GoFundMe, New Goalie Equipment for Triston Bearspaw.

For more information on raffles, contact Geraldine at sedo_bears@yahoo.ca.

"All we want is for Triston to succeed in life and in hockey," said Geraldine."He put post-secondary on the side so he could work and play hockey at the same time and ... I'm proud of him."

A chance game of rock, paper, scissors once changed Bearspaw's life. At 21, Bearspaw has a few more chances with hockey. A chance to go to college, a chance to inspire Indigenous youth, and a chance to hold a bright future in his glove hand.