Traditional style of bike races 'unlikely' this fall in Canmore

BOW VALLEY - Local cyclists have at least one Bow Valley competition to look forward to this year after momentous changes were made the to national calendar.
Jul 4, 2020 10:00 AM By: Jordan Small 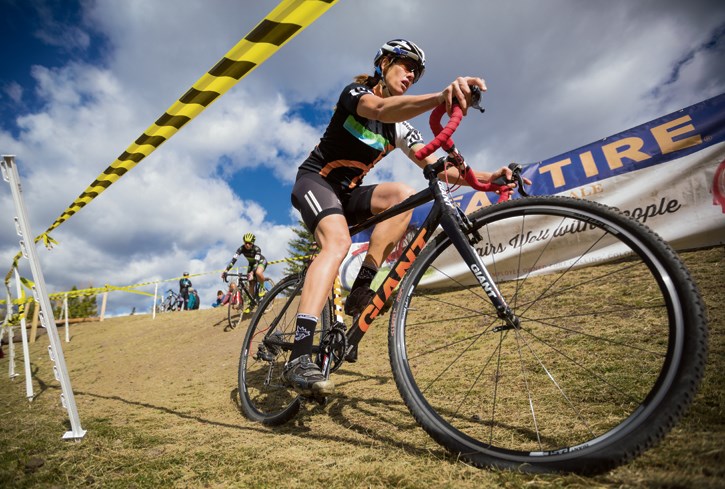 BOW VALLEY – COVID-19 restrictions will likely slam the brakes on a traditional style of bike racing this fall across the province, but the local cycling club is hopeful to salvage what it can for the remainder of the season including with its programming.

The Drie Zussen Superprestige cyclocross provincials are scheduled for Sept. 26-27 at the Canmore Nordic Centre, which the Rundle Mountain Cycling Club (RMCC) is "optimistic" about hosting, but there is reason to believe that could change in the coming weeks.

"That’s tentative with the Canmore Nordic Centre being able to allow organizations to host events," said Douglas Hallet, board president at RMCC. "These are volunteer driven events by non-for-profits, so all that track and trace protocols have to be followed and every organization doing that right now has to ask themsevles how they can do that and maintain the safety of the participants and the public."

Currently, the Nordic Centre isn't allowed to permit any type of major sporting event, including virtual racing at its grounds due to COVID-19 health restrictions.

Ron Sadesky, president at Race Canmore MTB, formerly Alberta MTB Race Association, said a conversation with Nordic Centre representatives still needs to occur about the fall, but if events do return this year, it would be "unlikely" that a traditional style of bike racing would be approved.

"We've definitely been trying to think out of the box a little here," said Sadesky. "The whole idea of a mass start race is obviously not going to happen, but could there be some sort of time trials for the race? So we've been thinking about that."

In previous years, cyclocross provincials have been held at the Three Sisters Disc Golf Course in Canmore, but as a traditional mass start race, Sadesky said the best place to host it would be at the Nordic Centre in a spread out, time trial format.

Cycling Canada axed this summer’s mountain bike national championships for cross-country and downhill racing, which was "highly unusual" for Hallet who's been biking for three decades, but also expected.

He added about 20-30 RMCC members were looking to compete at the races in Ontario, British Columbia and Quebec. Locally, cycling cancellations included the Canada Cup and Rundle Mountain Stage Road Race, among others.

Hallet's hopeful RMCC programming can return, but said the club has to be responsible with its practices.

“RMCC has been a pretty key figurehead in the community at being a point for kids to focus and ride their bikes together and we’d like to reopen for fall," said Hallet.

“People still feel we can do small groups and the [Alberta Bicycle Association] has given us some guidelines on how to return to sport, which are all driven by the [Alberta Health Services], so we're just reviewing that as a board and working with our programming manager to see what's possible to try and answer some of the inquiries we get. We're kind of at that point where we'd like to say 'yes,' but we have to keep our eye on what the pandemic is doing, too."