Established in the 1900s as a company settlement for mining and industry workers, the 400-population hamlet has not seen significant development since the townhouses on Windridge Road, which was almost a decade and a half ago.
Aug 31, 2019 2:00 PM By: Jenna Dulewich 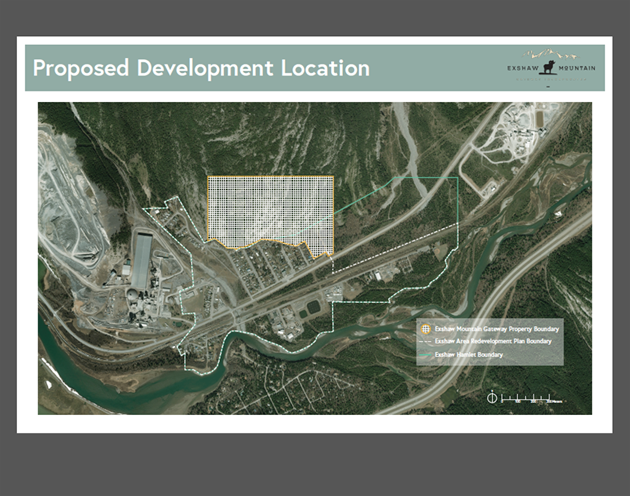 BIGHORN – The proposed Exshaw development is one step closer to reality after the MD of Bighorn approved the Terms of Reference at the August council meeting.

Proposing to build out 25 to 40 lots on the north and east side of the community, Exshaw Mountain Gateway Inc. developers are following the several step process of getting their paperwork in order before any new houses can be added to the hamlet.

"This is step one to getting shovels in the ground," Jared Kassel, director of planning services for the MD explained over the phone.

The terms of reference outlines the planning context and issues to be addressed in preparing an Area Structure Plan (ASP), such as determining the capacity of the Exshaw sewage system, additional roads in the hamlet and parking.

Several questions were fielded at the Aug. 13 council meeting as administration and planning explained the proposal is now a "living document" but there are still several steps before "shovels can go in the ground."

"This is a large parcel of land but developability is restricted to a few pockets," Jenny Kasprowicz, development planner with the MD said at the council meeting.

The terms of reference is the first step required for the developers to proceed with drafting the Area Structure Plan, which identifies a conceptual layout for general land uses, utility infrastructure, roads, public spaces and recreation.

Now that the first document is approved, Kassel said the developer and landowner can start collecting the necessary pieces of information for the ASP.

After hosting the first open house in June, with more than 70 residents out to voice their concerns the developers also indicated to administration once that ASP is ready to submit they want to host another open house, and a public hearing is also required for the approval of the ASP, as the Municipal Government Act outlines.

Once the ASP is submitted and the public hearing is done, the document will come back to council for first, second and third reading where if approved at that point, Kassel explained, the developers will then be able to apply for land use designation.

"Sometimes the community doesn't understand the choreographed dance," Reeve Dene Cooper said at the meeting, noting is can take months for these documents to be prepared.

According to the Exshaw Gateway website, the environmental assessment of the property and preliminary subdivision design and servicing investigations are completed with the technical feasibility evaluation for ridge lots in process, but have several assessments to be completed, include flood risk, wildlife impact, slope stability and traffic impact.

When asked at the open house earlier this year, the developers did not estimate a completion date for the project but did note, being from the Bow Valley themselves, they do not want to change the essence of Exshaw and are open to feedback.

Established in the 1900s as a company settlement for mining and industry workers, the 400-population hamlet has not seen significant development since the townhouses on Windridge Road, which was almost a decade and a half ago.

To view the first draft development concept for the proposed development in the hamlet visit exshawgateway.ca.