Activist museums could change the world

Museums are usually seen as places responsible for things, not problems.
May 27, 2019 7:57 AM By: Rob Alexander 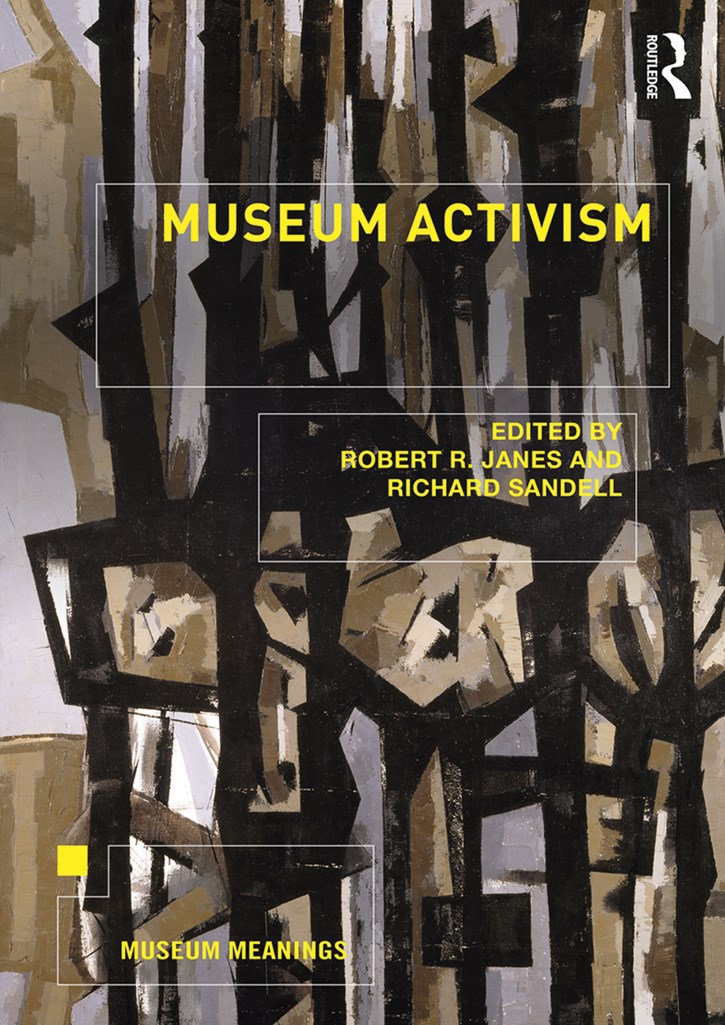 Museums are usually seen as places responsible for things, not problems.

But Bob Janes, a Canmore writer, editor and a Visiting Research Fellow at the School of Museum Studies at the University of Leicester, said that needs to change: Museums need to ditch their neutrality, take a stand and tackle the problems of the world.

While museums still need to care for and share their collections, museums also need to “promote dialogue, awareness and solutions” for today’s problems, as Janes pointed out in an article in the April issue of Curator: The Museum Journal.

“The majority of museums don’t seem to have realized that they have this vast potential to help make the world a better place, and one of the biggest obstacles to that realization is this notion of neutrality,” Janes said during a recent interview with the Outlook. “‘I can’t do that because I’m going to be accused of bias. I may alienate a donor. I can’t take a stand on anything. We’re authorities. We’ve got to be neutral.’

Janes takes on this question of neutrality and activism in Museum Activism, his new book—edited with his friend and colleague Richard Sandell—that explores what museums are doing to make a difference in the world.

“It’s a broad and deep look at museums that have actually made a commitment to trying to make the world a better place by using their unique resources and their unique perspective,” said Janes.

Museum Activism features 34 essays by 50 authors from 14 countries on six continents that look at how museums are working as activists on issues, such as climate change, decolonization, sustainability, the Holocaust, the refugee crises, feminism, politics and queer activism, human rights and poverty.

“There are 55,000 museums in the world, and it’s really the largest self-organized franchise in the world. I mean there are no private sector franchises that even come close to the number of museums in the world,” Janes said. “To me, it’s this huge, this vast network, of potential because museums are really the only sort of public storefronts where you can engage in learning, dialogue, entertainment, education, that sort of thing. There’s no other institution like it.”

But museums are in a bit of a rut these days.

In the book’s introduction, Janes and Sandell argue that many museums have become no different than malls as their focus has become “devoted to consumption and entertainment,” limiting their value and their reach.

Museums, they add, “need a new story” that moves beyond consumerism and entertainment and instead recognizes “that the connection between individuals, communities, and the natural environment is the key to our collective well-being.”

And by taking an active role in building those connections and pushing back against the status quo, museums will be able to create that new story that addresses real problems.

And, as Janes said, it doesn’t have to be an all-or-nothing approach. Museums, like individuals, can take small steps towards activism: It can be as simple as deciding not to use disposable cups at functions or hosting targeted events, such as what the Canmore Museum and Geoscience Centre did in March when it hosted a presentation for Bow Valley Climate Action.

Museums can also build activism into their operations or programs.

The California Association of Museums, for example, developed a green museum accord that commits members to reduce their carbon footprint. The Waskasoo Environmental Education Society, which operates the Kerry Wood Nature Centre and Historic Fort Normandeau in Red Deer, uses four solar arrays to generate the power it needs.

While Janes said smaller institutions tend to be nimbler and more flexible, there are larger ones that have become activists. The Field Museum in Chicago, which houses 40 million artifacts and specimens, actively works to “help preserve the planet for all the diverse life that makes Earth home,” according to the Field Museum website.

“They’re doing amazing stuff with respect to their commitment to the biosphere. And that’s a huge museum but really an enlightened one,” he said.

But Janes pointed out that it’s not necessarily the museum itself that makes the difference: It’s the people who work there.

“(It’s) this notion of personal agency, this notion of the willingness and ability to take action in the world. And I’ve seen through all my 45-year career that there’s been a big disconnect between the organization and the people that work there: Individual museum workers just kind of leave their values and their beliefs and perspectives at home.

“What we need is organizations that are enlightened enough to allow museum workers to act on their personal agency in the best interests of the institution,” Janes said.

If all the museums in the world can tap into their vast potential, which is built upon their staff and the great trust communities place in them, and take on just one issue or challenge, even in a small but purposeful way, Janes believes the effect would be profound.

“It could change the world. Just think about 55,000 institutions; that is the foundation of a movement. Even if the movement weren’t organized, even if each took on one local question or local issue, it would be revolutionary.”

Museum Activism, published by Routledge, is available through the publisher’s website at www.routledge.com.