BANFF – Summer may be playing a few tricks on us, but the one thing that never lets us down is music and the Mountain Fest lineup doesn’t sound like it’s going to disappoint.
0
May 23, 2019 12:00 AM By: Alana MacLeod 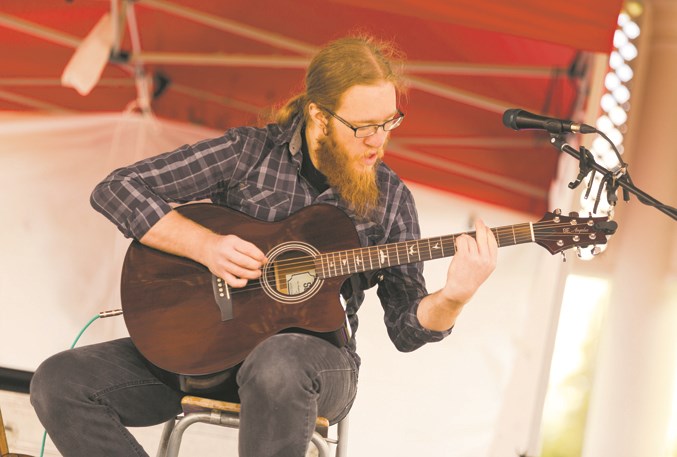 BANFF – Summer may be playing a few tricks on us, but the one thing that never lets us down is music and the Mountain Fest lineup doesn’t sound like it’s going to disappoint.

Formerly known as Harvest Fest, this year’s music festival promises some of the Bow Valley’s most prominent talent will be gracing the stage come September.

Garry Gonis, the festival music organizer, said the name has changed to better suit the area we live in.

“There’s basically no farms around here and we live in the mountains, there’s this topography thing and we just think Mountain Fest might catch on to people more,” he said.

The Town of Banff partners with other community connections to put on the event and Christine LaRoque Limoges, the recreation program coordinator for Banff, said she agreed with the name change.

“Garry wanted to change the name, he came to see me and he said ‘you know Christine when I hear Harvest Fest I think prairies and farmers fields’ and he’s like lets give the people what it is,’ ” she said.

“He really wanted to call it Mountain Fest and I couldn’t disagree with him.”

Limoges said it was initially called Harvest Fest because it happens at the end of the summer when the farmers market finished but she agreed that Mountain Fest was more suiting for the area.

The event itself is meant to be a culmination of the summer and a way to pull community together after the areas biggest tourist season comes to a close.

Gonis said the festival isn’t quite like other music festivals as it offers a family friendly experience.

“There’s so many festivals out there that are so full, you know they’re more high powered and they’re less family friendly music festivals,” he said.

“This one we’re tagging it, and we’re getting a lot of reception, we’re saying it’s Alberta’s most family friendly music festival.”

“We really try to mix things up and give everyone a chance,” said Gonis, adding that the Rocky Mountain Fiddlers are a group of musicians ranging from eight years old to 16.

“They always do an amazing set and they have the most dedicated parents and fans,” he said.

Mountain Fest 2019 takes place Sept. 7-8 and is a free festival that will be held at the gazebo in Central Park in Banff.