“We’re actually building a bigger community and we’re constantly extending our relationship beyond just our little borders ... The summit actually gives people an opportunity to build relationships and grow at the same time across the province, or across the country or internationally as well."
0
Oct 4, 2019 12:00 PM By: Kiah Lucero 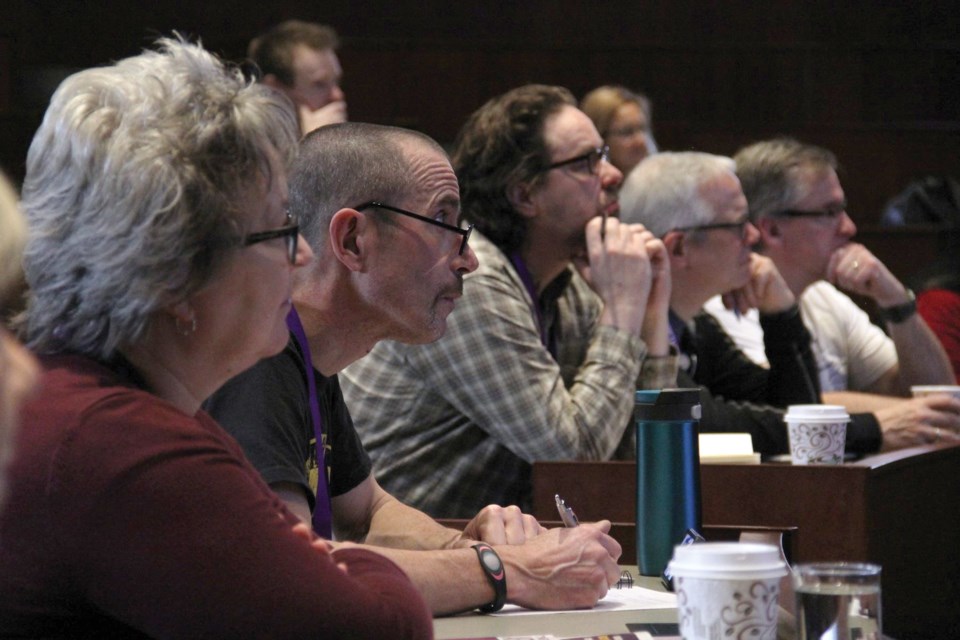 BANFF – Community theatre organizations as well as experienced and emerging actors are coming in from across Canada and around the world to gather at the Banff Centre for Arts and Creativity for the Community Theatre Summit 2.0.

The upcomingsummit is part of the Rocky Mountain Series, which is a three-part series workshop organized by Theatre Alberta in conjunction with Calgary’s Alliance of Community Theatre (Calgary-ACTS) and the Banff Centre.

Each summit explores a different aspect within community theatre, with the main keynote of the first summit covering risk in amateur theatre.

Led by keynote speaker, Carole Williams, who is the national drama advisor at the Scottish Community Drama Association with 25 years of experience under her belt in community theatre, she explores the notion of taking risks in theatre.

“I’m excited about that because I find that a lot of the times, all theatres, in my experience, program a lot of the same things year-after-year, which makes sense because the audience really enjoys the work that those companies produce, so they keep producing similar things,” said Theatre Alberta program coordinator Jake Tkaczyk.

“But then when we do want to take a risk, how can we make sure that we’re not disregarding all the people who have supported your community for so long.”

Taking risks in amateur theatre is not only refreshing for audiences, but also for the theatre performers themselves. With the same productions every year, redundancy can overwhelm community performers.

“A lot of the times when we don’t take risk, an element of burnout starts to occur because if all we’re doing is the same thing over and over and over again, it just kind of becomes routine and sometimes, I think in my own personal life that routine sometimes becomes boring,” Tkaczyk said.

Over the weekend, the summit will feature workshops covering a range of topics, including one on consent within rehearsal and performance spaces, volunteer management, and marketing for theatre productions.

Theatre has a unique capability of creating a sense of community. Even more so, the art goes beyond that connecting with other communities across the country.

“Especially in smaller rural areas, we might build a show and we might do the show, but if there’s only a hundred people in our town, then all the other towns usually in my experience come out to see it, to support it,” Tkaczyk said.

“We’re actually building a bigger community and we’re constantly extending our relationship beyond just our little borders ... The summit actually gives people an opportunity to build relationships and grow at the same time across the province, or across the country, or internationally as well.”

Workshops coming up in the next Rocky Mountain Series: Community Theatre Summit include The Future is Here: Artistic Leadership for Ethnically Diverse Women and non-Binary People by Nike Jonah. The final workshop will be The Storytelling Body: Mask Performance from theatre company, the Wonderheads.