CORE International co-founder and part-time Canmore resident Frances Klatzel will share an update on the organization's work in Nepal next Wednesday (Sept. 25) as part of a film screening and fundraiser at artsPlace
Sep 21, 2019 2:00 PM By: Lynn Martel 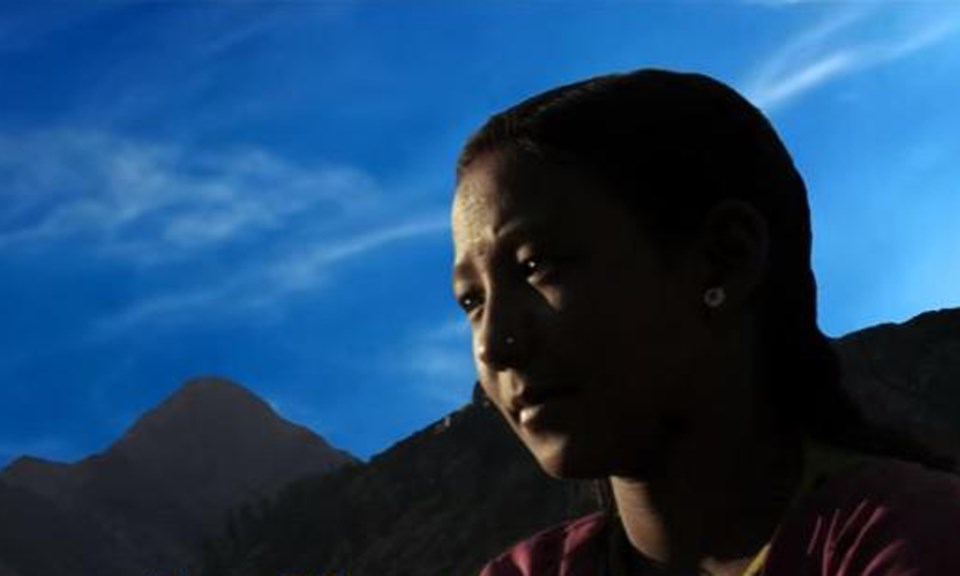 On Wednesday (Sept. 25) a screening of Sunakali directed by Bhojraj Bhat will be playing at artsPlace for the CORE Fundraiser. SUBMITTED PHOTO

CANMORE – For 14 years, Frances Klatzel has partnered with NGOs and community groups in Nepal to help improve the lives of some of the country’s least advantaged women and their children.

Co-founded in 2005 by Klatzel, CORE International works to help small groups of people in Nepal who are very poor and who have not received any assistance from any other organizations. Through this assistance, CORE aims to build bridges between groups of people, organizations and individuals who are able to provide services and support. Working with people who are extremely disadvantaged, CORE promotes opportunities for learning skills and education, and resources for saving and credit for women to start small enterprises from which they can improve their livelihoods.

Programs include skills training for women to learn how to grow successful organic vegetable gardens, “A Hand-Up” savings and credit programs and child centres offering non-formal education classes for children whose parents are too poor to send them to school.

Next Wednesday (Sept. 25), Klatzel hosts her annual fundraising gathering and film showing at artsPlace in Canmore with a presentation of the award-winning film, Sunakali.

The film tells the story of a Nepali girl named Sunakali Budha, who, at the age of 13 discovered football (soccer to North Americans). A native of the Mugu region of Nepal, one of the country’s least developed areas where the 2011 Nepali census identified 90 per cent of women as illiterate, under the pretext of gathering fodder on steep ground, Sunakali and her friends practiced their football skills.

The girls’ lives take a turn when they are granted the opportunity to represent their school in a district-level football tournament. Despite being defeated in their first competitive outing, team Mugu rallies to win the national tournament of Nepal’s lowlands. Over a period of just three years, Sunakali earns star status in her village, and the entire district turns out to welcome the team returning home with their trophy.

The film, Klatzel said, shows how, through playing football, the girls help change society’s perceptions of women’s roles and capabilities.

As part of the event, Klatzel, who divides her time between Canmore and Kathmandu, will share an update on CORE's priorities for the upcoming year.

“We will focus more on the one child centre and its related activities that is near the airport, as the staff are seeing more poverty and single moms coming to live in that area,” Klatzel said. “And with the project in the district to the south of Kathmandu with the jungle dwellers, a few parents will attend income generation training to use their skills in making things from bamboo to make more objects that can be sold for an income.”

As well, she added, CORE is undertaking some strategic planning to address the likelihood that provincial grants for international development may have changes coming.

The CORE fundraiser and film takes places at Canmore’s artsPlace on Sept. 25, from 7 to 9 p.m. Tickets are $12 and can be purchased at artsplacecanmore.com/buy-tickets.