BANFF – A new Banff Poet Laureate has taken the reins over for the next 12 months as the mountain town’s arts ambassador. Steven Ross Smith was named the second poet laureate in Banff’s history, and will serve as such from July 1 to June 30, 2019.
0
Jul 11, 2018 6:00 AM By: Jordan Small 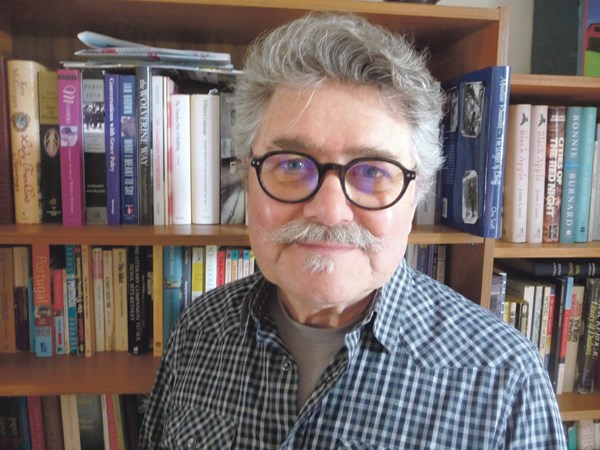 BANFF – A new Banff Poet Laureate has taken the reins over for the next 12 months as the mountain town’s arts ambassador.

Steven Ross Smith was named the second poet laureate in Banff’s history, and will serve as such from July 1 to June 30, 2019.

“It’s great to be so chosen so early in the history of the position,” he said. “I feel honoured to be engaged in what I see as a longer lineage of the literary arts in Banff.”

A poet laureate is an arts ambassador, making formal appearances to promote the town's scene, and usually, it's given to an established artist in the fields of singing-songwriting, poetry, and spoken word.

For more than four decades and running, Smith has been a well-known poet, sound and performance poet, author, and journalist.

He describes his work habits as an artist as more organic than anything.

“I tend to let the juices begin to flow as a writer and let that decide what direction I’m going to take,” Smith said.

He says Banff is an established hub for artists of all kinds with the campus at the Banff Centre for Arts and Creativity having sheltered artists since 1933, and the area appeals to many in general because of its tranquility and being ingrained in nature and the mountains.

Smith takes over the position from Banff native, and musician, Amelie Patterson, who served as the inaugural Banff Poet Laureate from 2017-18.

The Banff Poet Laureate position came to be in 2017 through a partnership between the Town of Banff, Banff Centre, and Whyte Museum, among others.

When the initial proposal to establish a Banff Poet Laureate role came before Banff town council, Smith applauded the idea, and even submitted a letter of support to the Town of Banff.

“It’s important it gets covered,” Smith said. “I’m a real advocate for the laureate position in Banff and this area.”

A committee selects the poet laureate each year after reviewing applications or nominations for the spot.

The successful candidate then holds the position from July 1 to June 30 the following year.