Stories of Ice explores glaciers from all angles

“I don’t look at glaciers just from a distance and just see ice on a landscape,” said author of Stories of Ice Lynn Martel. “Because of the combination of all those experiences I have so many memories and so much personal experience, and discoveries, and fascinations, because I’ve been on the ice with many different people in many different situations.”
Dec 5, 2020 2:00 PM By: Jamey Glasnovic 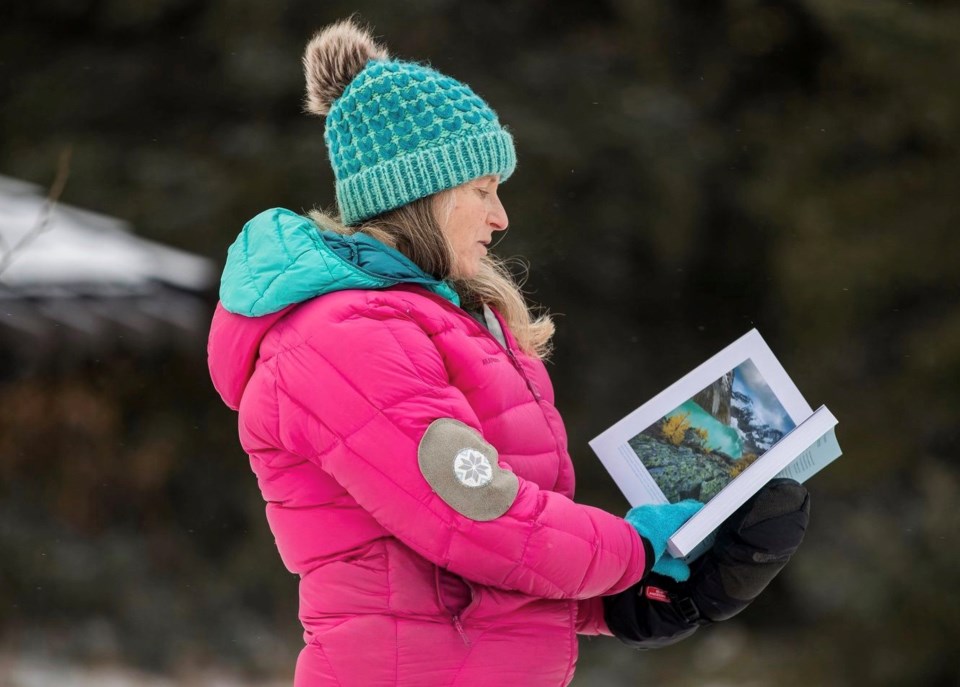 A glacier is a complex and nuanced thing.

At first glance it appears immutable. Unchanging. Permanent. Upon further examination, however, it is revealed that the ice that makes up the whole passes through a prolonged lifecycle of compaction, motion, and eventual melting, even as the glacier itself endures.

Our relationship with glaciers is equally complex.

In Stories of Ice: Adventure, Commerce, and Creativity on Canada’s Glaciers, Lynn Martel explores glaciers through the lens of storyteller. A professional journalist for 25 years, Martel is an accomplished outdoorswoman with vast experience in the backcountry of the Canadian Rockies.

Her interest in snow and ice is born from nearly 40 years of living, writing and travelling in the mountain west, but the idea to pull the accumulated stories together into a book came as a flash of inspiration.

“I was just driving on the highway near Stewart, which is on the coast in northern B.C.,” Martel said. “Super remote, it’s a lonely road, especially when I was there in October, and there’s this little glacier remnant. This little cone of glacier ice right beside the road.”

The ice was at the bottom of a cliff and was about the size of small apartment building. There was a glacier at the top of the cliffs, but the cone was no longer attached. Sitting on a northeast facing slope and out of the sun most of the time, that chunk of ice got Martel wondering how long it had been there by itself.

Sometimes, it’s a little thing that inspires the telling of a bigger story.

Martel’s first glacier experiences were as an adventurer, as a backcountry skier and a mountaineer, but as her career progressed she began writing about how other people were interacting with the mountain landscape. Perhaps inevitably, the science of ice, snow and water also became a personal and professional interest.

Almost by accident, while tagging along with a mountain guide and a client who was taking pictures for later reference for a big art project, Martel caught a glimpse of a glacier through the eyes of an artist.

“I got a story out of it, and it also gave me a whole other way to look at glaciers, because I spent a whole day hanging out on a glacier," she said.

"Not trying to get up a mountain, not trying to ski anywhere, but just hanging out and being there, listening to the water and looking at the gorgeous formations in the ice. Which I had always noticed before when I skied up there, but you’re going fast, you’re on a mission, so you’re just on a mission and you’re not able to stop and hang out.”

The wide-ranging influences helped add structure to the final concept for the book.

“I don’t look at glaciers just from a distance and just see ice on a landscape,” Martel said. “Because of the combination of all those experiences I have so many memories and so much personal experience, and discoveries, and fascinations, because I’ve been on the ice with many different people in many different situations.”

Stories of Ice reflects that depth of knowledge. The book is rich in detail and is at once informative, inspiring and entertaining. Along with Martel’s own photographs, Paul Zizka, John Price and Bryce Brown, among many others, contributed images to help create a volume of work that reflects the wonder, raw beauty and important role that these rivers of ice play on the western landscape.

You can pick up Stories of Ice at Café Books in Canmore, or order it from Rocky Mountain Books at rmbooks.com.