Author Rita Feutl's recently released Rescue in the Rockies takes readers on a time-travelling adventure to explore the history of Banff through the eyes of a 14-year-old girl and her friends
0
Dec 1, 2019 10:00 AM By: Rob Alexander 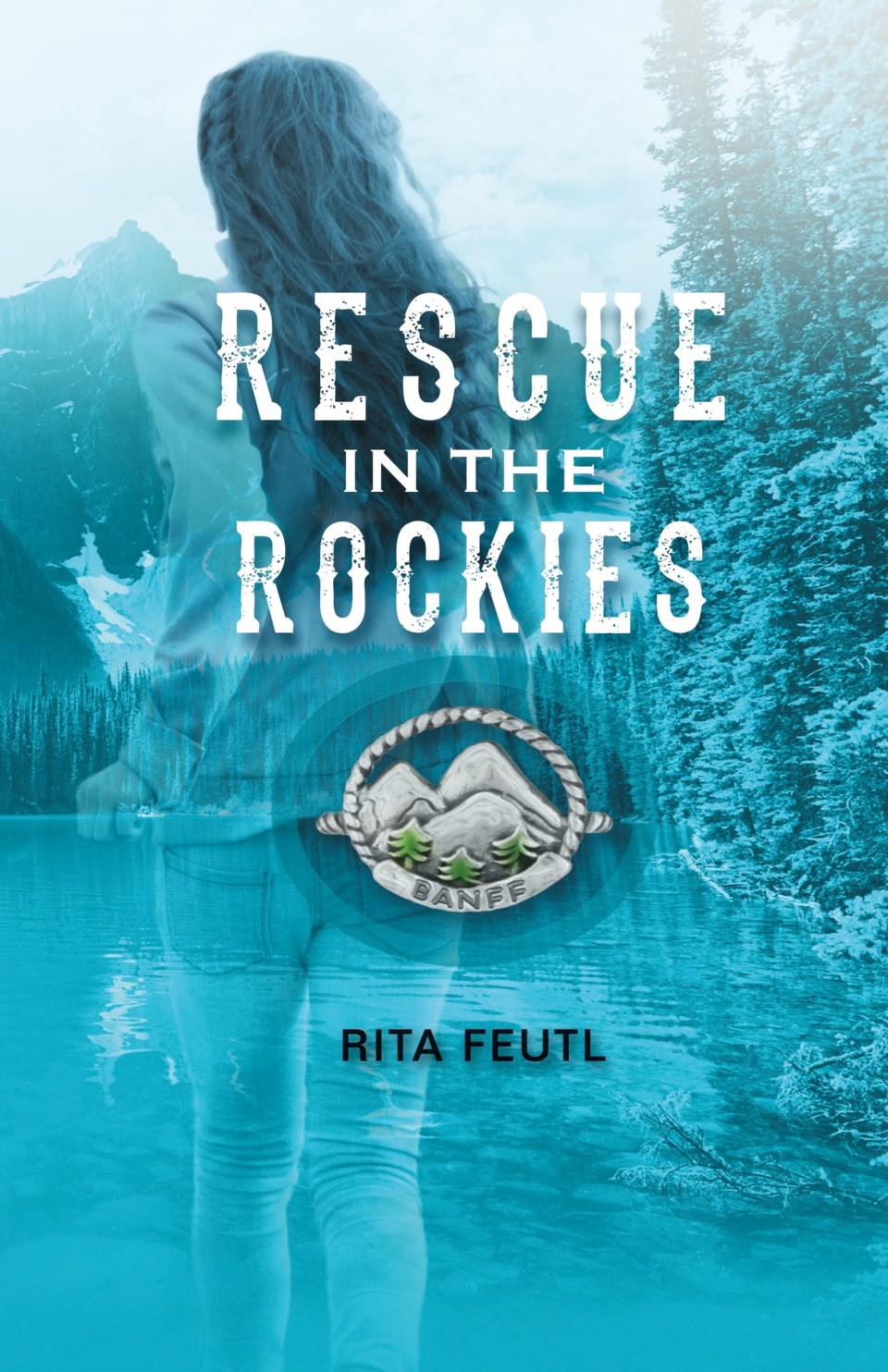 Feutl will sign copies of Rescue in the Rockies, published by Coteau Books, at Café Books in Canmore Dec. 7 from 11 a.m.-4 p.m. and at Indigo Books in Banff Dec. 8 from 3-5 p.m.

BANFF – When three railway workers climbed down a tree into the warm confines of Banff’s hot springs cave in the fall of 1883, little did they know that two teenaged girls were hidden in the darkness watching them.

One of the girls, 14-year-old Janey Kane, had just stumbled upon the cave shortly before the workers arrived, while the other, Mary Two Feathers, a young member of the Stoney Nakoda First Nations, had entered the cave – a place sacred to the Nakoda – earlier that day.

Even though the railway workers were actually alone in the cave that day in 1883, putting Janey and Mary into the cave to witness that event, which would lead to creation of Canada’s national parks, propels Rescue in the Rockies, a historical time-travelling novel for young readers ages 12 and up set in Banff.

Rescue in the Rockies, the latest novel by Edmonton writer Rita Feutl, is the sequel to Feutl’s first time-travelling mystery-adventure, Rescue at Fort Edmonton, which is on the Grade 4 Social Studies recommended reading list.

Rescue in the Rockies is a fast-paced novel that has Janey tumbling back and forth between the present and the past as she seeks to unravel a mystery wrapped around an old Banff souvenir pin and her new friends Mary, the Nakoda girl she meets in the cave; a young camp internee named Stefan and Max, who is the grandson of her grandmother’s friend.

Through Janey’s time travelling, Feutl explores the history of Banff and the Cave and Basin; the Nakoda and their connection to the Banff region, including their exclusion from the national parks and the internment of people originally from the Austro-Hungarian Empire during the First World War.

While this book is meant for younger readers, anyone who enjoys history, intelligent storytelling and a quick, lively read will appreciate Rescue in the Rockies, especially given the local backdrop.

Banff became the setting for Rescue in the Rockies simply because Feutl happened to be in the right place at the right time. She had been struggling to find a thread that would propel her second novel about Janey, but nothing seemed to fit until she was cycling along the Bow Valley Parkway about five years ago and happened across the plaque and the statue that commemorate the site of the Castle Mountain internment camp.

“I'm just clipping along, and then from the corner of my eye I see a sign, and I stop and go to investigate it . . . and there's something about members of the Austro-Hungarian Empire were interned there and my dad is from Austria; my mum was from Hungary,” said Feutl.

The Castle Mountain internment camp opened in July 1915. It was later relocated to the Cave and Basin. The 600 prisoners, many of whom were Ukrainian farmers who had settled in northern Alberta, were forced to build park infrastructure, such as roads and bridges. The camp closed in 1917.

“I had never learned about this. I'd never heard of it,” she said.

Feutl quickly realized that the internment history was the piece of Alberta history she’d been searching for, and the camp, its internees and guards play a prominent role throughout her story, as a result.

Along with the internment camp, she also realized that any story set in Banff’s history had to include First Nations.

“You can't go into Canada's or Alberta's past without considering the people who were here first,” said Feutl.

But tapping into the history and culture of the Îyarhe Nakoda (the Mountain People in Nakoda), along with creating Nakoda characters, proved to be a challenging but fulfilling task, as Feutl sought to avoid stereotypes, clichés and errors.

“I wanted to make sure that the parts about the Stoney Nakoda, my Stoney Nakoda characters, was both accurate and respectful,” she said.

Feutl, who has a Master's degree in journalism, began her research at the University of Alberta and the Whyte Museum of the Canadian Rockies, but soon hit the limits of what books and archives could provide. She then turned to her friend and former colleague Carol Picard, one of the founders of the Rocky Mountain Outlook, for help.

Through a succession of contacts, Feutl eventually reached Trent Fox, a Nakoda educator whose work includes efforts to preserve his people’s language. Fox reviewed Feutl’s manuscript with an eye to the Nakoda history, culture and characters.

Working with Fox, Feutl said, gave her the confidence to release her book knowing she hadn’t made the same errors that many authors have made when writing Indigenous characters: not collaborating with the very people they are writing about.

Feutl will sign copies of Rescue in the Rockies, published by Coteau Books, at Café Books in Canmore Dec. 7 from 11 a.m.-4 p.m. and at Indigo Books in Banff Dec. 8 from 3-5 p.m.