CANMORE – The unique sound of the Montreal-based band, Bellflower, returns to the Bow Valley to preview sounds from its latest album, Upside Down . The eight-member ensemble is led by the main vocalist and singer-songwriter, Em Pompa.
0
Jun 27, 2019 12:00 AM By: Kiah Lucero 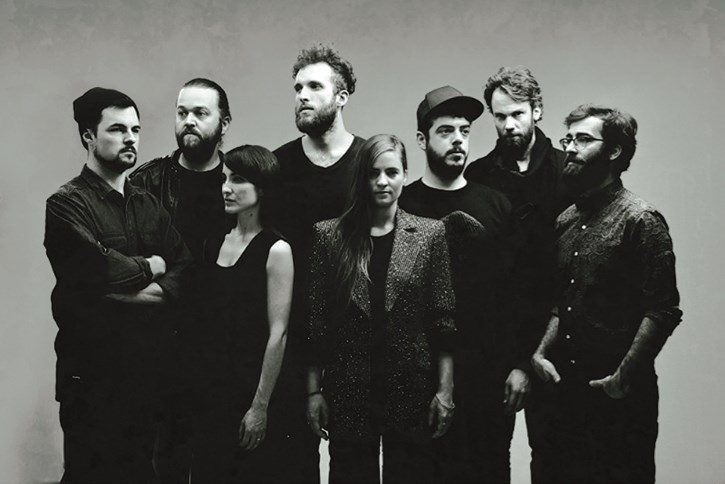 CANMORE – The unique sound of the Montreal-based band, Bellflower, returns to the Bow Valley to preview sounds from its latest album, Upside Down.

The eight-member ensemble is led by the main vocalist and singer-songwriter, Em Pompa. According to Pompa, Bellflowers encompasses a pop-orchestral, cinematic sound with influences from many different genres like rock and folk music.

“We like to listen to a lot of different music, which really makes Bellflower richer,” Pompa added.

Before Bellflower, they all met at the University of Montreal. Immediately, they connected with one another. In 2012, Bellflower officially started after Pompa picked up her pen and began writing music.

“Right after school, I just started composing some songs. I said to myself, I have ask these guys to be a part of the band. It was just so natural for all of us to play together and it really became something wonderful and that’s how the band kind of just started,” Pompa said.

To date, the band has released two albums, The Lotus Flower back in 2013 and The Season Spell in 2016. The Montréal band has played in multiple nationwide festivals including, Festival de Jazz de Montréal, Calgary Music Folk Festival, Canada Scene Festival and Festival d’Été de Québec. With their previous album, The Season Spell, spurred an 89-day tour across Canada in 2017-18.

Upside Down comes to life as the third album in Bellflower’s repertoire. After over a year in the works, Pompa added a string quartet and additional brass instruments to the mix.

“There are a lot of cinematic feels to it. It’s a little more rock this time, which is really fun. We really worked on the sounds and the tones of every instrument. It’s our biggest one yet. I’m really proud of that one,” Pompa said.

With Upside Down, Pompa wanted to experiment with the theme of duality in life – the various highs and the lows that people encounter in their lifetime.

“It’s basically saying that there’s no sweet without sour,” Pompa said. “Life is not a straight line – there are a lot of ups-and-downs and every decision that you make changes that line, that path that you’re on. It’s OK to feel fear, to be vulnerable at times and most importantly to take risks.”

This Thursday (June 27), Bellflower will be performing at the artsPlace at 7:30 p.m. The official release date of Bellflower’s album Upside Down is on Oct. 3 where they will launch the album in their hometown in Montréal.