Search for missing ball python, one month after it slithered off near Victoria 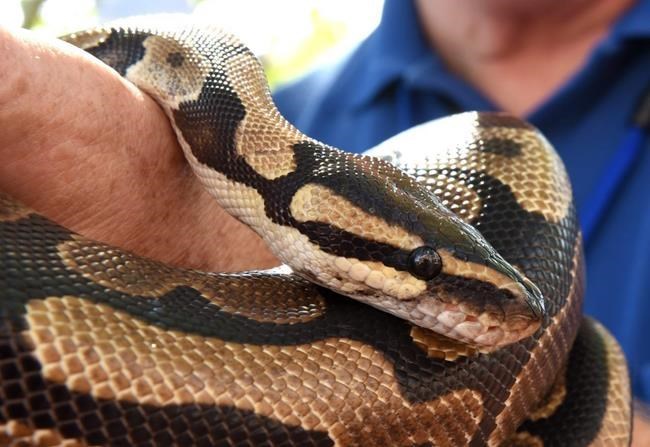 VICTORIA — Police say a large snake is missing somewhere in a Victoria-area neighbourhood.

However, they say it was last seen just over one month ago not far from Victoria West Park and the Galloping Goose regional trail, a popular walking and cycling trail.

The police statement does not say who reported the snake was on the loose, or why they waited so long to contact officials.

Animal control officers have been informed about the reptile's disappearance.

Ball pythons are not venomous but police say a snake of that size could be a risk to pets or other smaller creatures.

This report by The Canadian Press was first published Aug. 2, 2020