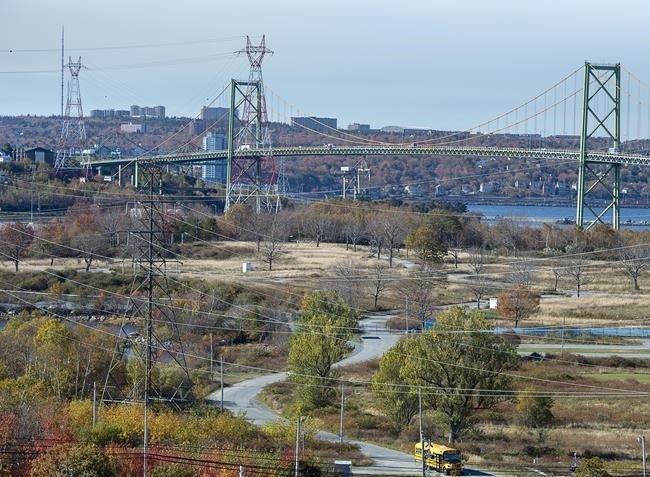 HALIFAX — A business group hoping to land a CFL franchise for Halifax got a lease on life Tuesday when regional council voted in favour of a one-time $20-million contribution toward construction of a stadium in the East Coast city.

Following a lengthy debate, councillors voted 10 to 7 to accept the funding recommendation from city staff — provided certain conditions are met.

The proponents need to find an acceptable site with public transportation links, and the money would be paid only after construction is substantially completed.

Anthony LeBlanc, the founding partner of Schooner Sports and Entertainment, expressed relief following the council meeting, saying the decision was a "watershed moment" for the business group's initiative.

"This could have gone very much the other way where we would have been pretty much dead in our tracks," LeBlanc told reporters.

"We are excited that the process is moving forward. Now there is some teeth in this thing, there's some real commitment from Halifax Regional Municipality, and based off conditions that we feel very comfortable that we will be able to manage."

The business group had proposed building a $110-million, 24,000-seat stadium in Shannon Park on land near the city's MacKay Bridge that was formerly used for military housing.

But a staff report recommended against the Shannon Park site in favour of finding another. Halifax Mayor Mike Savage said while the stadium issue is far from settled, the project remains alive thanks to work put in by city staff.

"The team here at the city did tremendous work in analyzing this and saying, 'Some of these proposals don't make any sense to us. Is there one that does?' And the one they came up with is certainly one I can support."

The staff document said the proposed Shannon Park site is severely encumbered by a CN rail line and poor transportation access, meaning the municipality would likely have had to invest in a new ferry terminal nearby and three new ferries, adding tens of millions of dollars in costs.

The report said while such a stadium would add valuable infrastructure to the city, the financial options proposed by SSE would require a considerable amount of public funds that are dependent upon the success of an "untested Halifax CFL franchise and Halifax market.''

Despite its reservations, the staff report noted that a partnership with the private sector offers a chance to build a stadium where the private partner carries the majority of the cost and the risk.

The report recommended the city take no ownership in the stadium, make no loan guarantee and not cover ongoing capital or maintenance costs.

Halifax chief administrative officer Jacques Dube said a final funding agreement and site would have to be formally approved by council before the stadium project ultimately moves ahead. He said that would also be contingent on some sort of provincial involvement, which hasn't been determined yet.

LeBlanc acknowledged that there is still a lot of work to do, including finding new land and securing financing for the stadium. He said his group also needs to get the province to buy in.

"It's now over to the province for them to make their decisions of if and how they will participate," he said. "The concepts of hotel tax levy increases and car rental taxes are simply that, ideas that are out there. But we are very open to working with the province in a manner that makes the most sense for the province."

Council's decision on Tuesday came after SSE's proposal narrowly averted being killed outright in October when council voted nine to eight to proceed further with the staff study.

This report by The Canadian Press was first published Dec. 10, 2019.