Hundreds of area residents in isolation as COVID cases soar 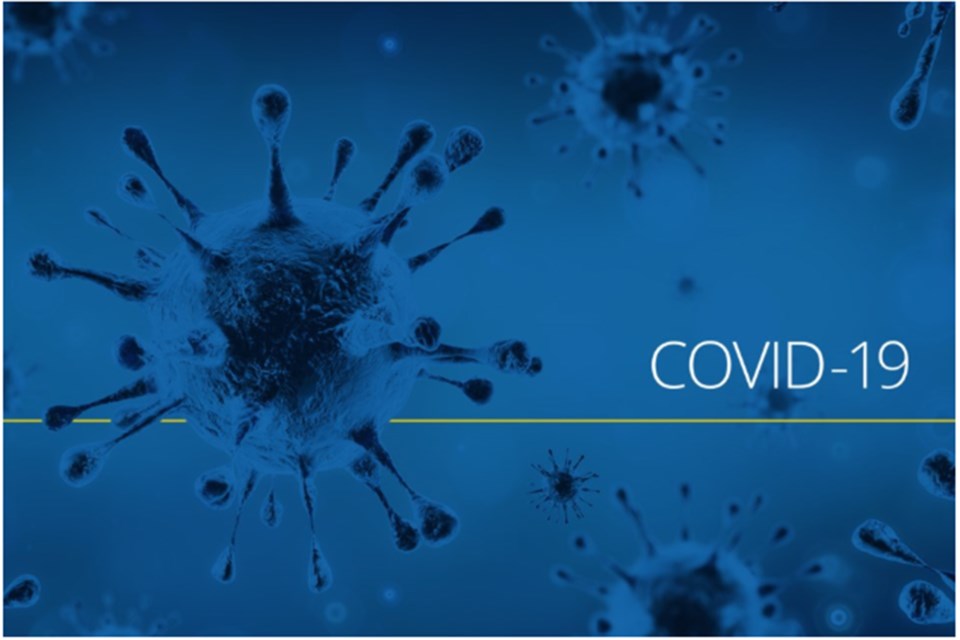 As area active COVID-19 cases soar to levels not seen before during the pandemic, hundreds of the region’s residents are self-isolating, impacting schools, workplaces and home life.

While not at its highest level, the Innisfail local geographic area has 39 active cases. It hit a high of 51 active cases in mid-December 2020.

Albertans are legally required to isolate for 10 days if they tested positive or have any core symptoms that are not related to a pre-existing illness or health condition. Anyone identified as a close contact of someone who has tested positive are required to quarantine for 14 days from their last exposure to the case to prevent the risk of spread to others, say Alberta Health Services (AHS) officials.

“COVID-19 can take up to 14 days to cause symptoms. Some people who get it only have minor symptoms or don't have any symptoms at all but could still be infectious,” states an AHS close contact notification sent to an area resident.

Sundre High School and Cremona School are on alert status with between two and four cases.

About 85 students and staff at Hugh Sutherland School went into self-isolation after two positive cases were identified in the school community. It is not immediately known how many more cases were identified or how many more students and staff were forced into isolation. Isolations for that school are expected to end on or about April 26, said CESD superintendent Kurt Sacher.

Olds Koinonia Christian School was placed on outbreak status last week. About 150 students and a few staff members from the school are self-isolating, representing about half the school’s student population. He expects the isolation there to end by April 26.

Another case at Sundre High School has put that school on alert status. About 45 students and staff had been isolating due to the first case. The isolations there are also expected to end by April 26.

Ecole Olds High School is now in alert status with two positive COVID cases in the school community. It was not immediately known how many students and staff were self-isolating at press time.

Meanwhile, workplaces in Olds continue to be impacted by active cases.

AHS  reports that there is an outbreak at Sundial Growers. Non-healthcare workplaces, events, public settings (restaurants, salons and gyms) and sports activities are listed on the province’s website when there are 10 or more cases.

JT’s Tire and Rims is opening back up on April 21 after being closed for 14 days when a staff member tested positive for COVID-19.

In its most recent update given on April 16, Olds College reports it has 14 active cases among students, faculty or staff who are working and studying on-campus. Several cases resulted in no campus exposure while there was exposure in the greenhouse and grounds shop, trades building, Landscape Pavilion and the Learning Resource Centre from other cases.

Seven Town of Olds staff members were isolating as of last week, according to Jennifer Lutz, the town’s acting director of emergency management.

She said at least one COVID-19 variant is circulating in Olds and area and as a result, cases have been soaring, as they have in the province as a whole.

As of the day of the April 12 meeting, there were 50 positive COVID cases in the Olds local geographic area, up from 32 on April 8. On Jan. 6, at the height of the second COVID wave in the community, the area recorded 39.

Lutz said 41 cases had been recorded in Mountain View County, up from 25 when council was previously updated in late March.

As cases began to soar, the town re-activated its Incident Command Post (ICP) on April 6 in order to coordinate the town’s response

“It was actually just shy of a week ago but it feels like weeks with what’s been happening,” Lutz said.

“We’re doing our best to provide information on what to do with variants, but as (the province’s chief medical health officer) Dr. (Deena) Hinshaw says, you can just about expect that the variant strain has taken over now and that’s what we’re dealing with in our area as well.

“And for everybody watching council – the public watching and staff – we definitely appreciate and understand the COVID fatigue and we know this is very difficult on small business, on health-care workers, people who’ve had cases, people who’ve been personally impacted, teachers, parents, kids.

“And as your local government, we definitely get it and we are doing the very best we can to support people,” she added.

Lutz said people need to understand that the COVID-19 virus doesn’t spread in a linear fashion -- it doubles, then doubles again and so on.

Lutz said town officials are working hard to liaise with businesses and pharmacies in order to support them as best they can during this wave.

She said the town’s municipal enforcement officers have been working very closely with RCMP and Alberta Health Services officials regarding compliance with COVID-19 restrictions -- and that compliance has been pretty good.

"Mostly it’s been quite quiet and they’re finding that people are adhering to public health measures, which is great,” she said.

Coun. Wanda Blatz was among several councillors who praised Lutz and all town staff for “working so diligently to try and keep each other and our community safe.”

Understanding intergenerational trauma in Alberta’s Indigenous community
May 13, 2021 9:45 AM

Questions remain about the future of the Oxford-AstraZeneca shot in Canada
May 12, 2021 3:45 PM