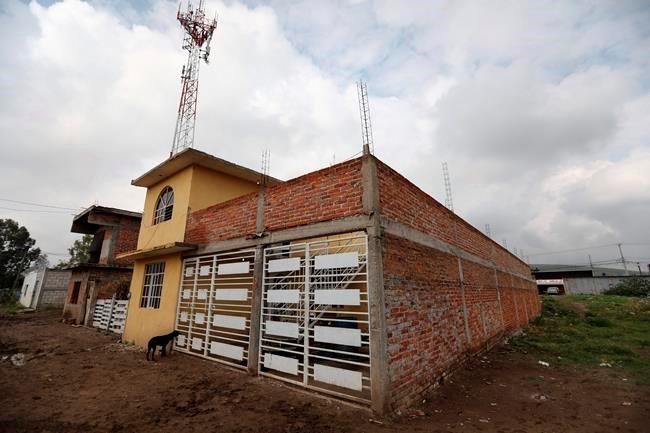 IRAPUATO, Mexico — The killing of 26 people in an unregistered drug rehabilitation in central Mexico is the deadliest such attack in a decade and has led to calls for change in a prosperous state that has become a cartel battleground.

Authorities in the city of Irapuato in Guanajuato state on Thursday raised the death toll from 24 after two of the seven people injured in the attack died.

Police in Guanajuato state said Wednesday's attack occurred at a modest two-story house on the outskirts of Irapuato. Apparently the attackers shot every male at the rehab , letting only the females go.

Rosa Alba Santoyo, three of whose sons were killed in the attack, said a female addict at the said the gunmen told the women to get out, before gunning down the men.

Santoyo said two of her sons, construction workers aged 29 and 39, were at the because they had problems with drugs. Her youngest son, 27, had been at the previously and recovered, and had only returned Wednesday to bring his brothers soft drinks when the gunmen killed all three of them.

Two of her sons were in a photograph of the massacre on the front page of the local newspaper. Their bullet-ridden bodies lay next to the other victims, prone on the floor of the amid piles of blankets. They were apparently made to lie down before being massacred. Her youngest son was found shot to death at another spot.

Santoyo, who works at a factory that make cleaning products, said that up until a month or two ago, there had been a military post across the street from the , but that for some reason it had been withdrawn. Mexico's army and national guard have been given a number of tasks in dealing with the coronavirus pandemic that may have required those troops.

A woman who lives near the , Mary Moreno, said the gunmen simply burst into the rehab and started shooting. Guanajuato, a prosperous industrial hub with foreign auto plants, has become Mexico's most violent state, a situation the government seems unable to remedy.

“The government doesn't do anything anymore,” said Moreno.

The state is the scene of a bloody turf battle between the Jalisco New Generation Cartel and a local gang - the Santa Rosa de Lima Cartel - and the state has become the most violent in Mexico.

No motive was given in the rehab attack, but Gov. Diego Sinhue Rodríguez Vallejo said drug gangs appeared to have been involved.

"The violence generated by organized crime not only takes the lives of the young, but it takes the peace from families in Guanajuato,” the governor wrote. Rodríguez Vallejo belongs to the conservative opposition party National Action, and the state's crime problem has been the subject of political divisions.

President Andrés Manuel López Obrador said Thursday that “changes must be made to solve Guanajuato's problem, because the circumstances demand it.”

“The problem was allowed to grow, it grew a lot and we have to see if there was some sort of , criminal conspiracy between the criminals and officials,” López Obrador said, without specifying who he was accusing.

There have been persistent reports that state authorities who once tolerated the Santa Rosa de Lima gang, turned in the recent years to allowing the Jalisco cartel to enter the state in hopes they would the end the local gang's systematic extortion of businesses.

But while Santa Rosa is a less sophisticated gang that started out with robbing freight trains and stealing fuel from government pipelines, it has proved tougher than expected for Jalisco to crush, in part because Jalisco's rival, the Sinaloa Cartel, may be contributing money and guns to Santa Rosa.

Mexican drug gangs have killed suspected street-level dealers from rival gangs sheltering at such facilities in the past. It was one of the deadliest attacks on a rehab since 19 people were killed in 2010 in Chihuahua city in northern Mexico. More than a dozen attacks on such facilities have occurred since then.

Mexico has long had problems with rehab because most are privately run, underfunded and often commit abuses against recovering addicts. The government spends relatively little money on rehabilitation, often making the unregistered the only option available for poor families.

In addition, addicts and dealers who face attacks from rivals on the streets sometimes take refuge at the rehab clinics, making the clinics themselves targets for attack.